When you spend enough time discussing military surplus firearms, eventually the topic of reproductions will come up. The conversation usually goes something like "Why doesn't anyone make a Luger repro? They'd sell a ton!" and never dives much deeper than that. With milsurp steadily rising in price and dropping in availability, the market for reproductions seems to be getting more lucrative by the year. One of the companies taking advantage of this niche is Inland Manufacturing. In their catalog, you'll find M37 Trench Shotguns, M1911A1 pistols, and several M1 Carbine variants. Today I'll be covering the Inland Manufacturing M1 1945 Carbine.

In the box you'll find a single 15 round magazine, rubber covers for the muzzle, sling swivel, and charging handle, a gun lock, assorted paperwork, and the rifle itself. Supposedly the gun should ship with an oil bottle and a sling, though those are missing from mine. Oddly, the box mine came in has a large oily spot on one side. Not sure if that is from Inland, my FFL, or from shipping.

The first thing I noticed about the Inland Manufacturing M1 1945 Carbine is how cheap the wood stock looks. I honestly had to check to make sure this wasn't one of the Chiappa .22LR clones. The cutout for the sling has some raw wood that appears to have missed the final sanding and finishing before being sent out. My dad's Rossi R92 carbine has slightly nicer stocks and retails for about half the price.

When picking up the Inland Manufacturing M1 1945 Carbine I was amazed at how lightweight this rifle is. Coming in at just over five pounds, the gun blows away nearly every other semiautomatic centerfire rifle. In theory, this makes for an excellent pack gun, or for teaching weaker shooters.

The wood is disappointingly low quality for the price point. The stock is also very soft, with falling brass easily making pockmarks, revealing the raw wood underneath.

Despite being the "1945" model, Inland Manufacturing takes features from multiple generations of the M1 Carbine for this rifle. The cross bolt safety--phased out by 1945--snicks on and off with authority. A fair amount of pressure is required to work the safety, so users won't have to worry about accidentally pressing it one way or the other.

The magazine release is a simple button slightly in front of the safety. It requires much less effort than the safety to use, needing similar pressure to an AR-15 magazine release. Despite the relatively light press, the safety on the Inland Manufacturing M1 1945 Carbine is very gritty, allowing me to feel every crunch as it presses inward. There is no discernible "click" when inserting magazines, so the push-pull method must be used to ensure your mags lock in place. Empty magazines usually drop freely when pressing the release, though this is more reliable with the heavier 30 rounders.

I didn't measure the weight of the trigger, but it feels no heavier than most other mil-spec rifles. The trigger breaks and resets, though you'd never know without the gun going off. Shooters will need to press completely to the rear, then completely release the trigger--don't expect a tactile or audible indication from this M1 Carbine.

Returning home from my first range trip, I attempted to field strip the Inland Manufacturing M1 1945 Carbine. Removing the action from the stock presents no problems aside from a tight barrel band that can scratch the finish. Driving out the pin attaching the trigger and action proved more difficult; so much so that I needed a punch, a hammer, and several meaty whacks. When reassembling, I discovered that the holes for this pin were not in proper alignment, making it impossible to reassemble the gun. I immediately sent the rifle back to Inland, and a few weeks later the M1 Carbine was back in my hands.

Once I wrapped the shooting portion of this review, I went to field strip the gun once more. I was hesitant up to this point out of concern for a repeat experience, opting to simply lubricate the rifle instead of fully cleaning it between range trips. Unfortunately, my concerns were fully realized.

The takedown pin still requires a hammer and punch to remove, but this time only a few taps knock the pin loose. Upon inspection of the disassembled rifle, I noticed several metal surfaces with mild peening. Places where damage is present include where the hammer and bolt contact each other, as well as the front and rear of the large locking lug on the bolt. When attempting to reassemble the gun, I experienced the same problem as before--the holes for the takedown pin still do not line up well enough for me to reinsert the pin.

To Inland's credit, I can tell that they reamed the holes (so to speak), as they are much closer to being in alignment; however, there is now some rough metal that scrapes the pin from this process. Inland also applied stain to wood that had been scratched during my initial takedown, which is a nice touch.

I fired 535 rounds of the following ammunition through the Inland Manufacturing M1 1945 Carbine.

Sights are zeroed perfectly from the factory. While I did not shoot from a rest, I did fire from the bench at 50 yards and got similar groups to what I see from my other rifles. POA/POI is spot on from 50 yards and closer, with no holdovers needed for targets 25 yards and in.

Inland claims that these rifles are capable of sub-MOA accuracy. While I am not an excellent marksman, I find this extremely hard to believe due to the construction of the rifle, the design of the cartridge, etc. American Rifleman, claims to shoot 1.8" groups with their example (they also claim to have zero malfunctions with an unknown number of rounds fired).

Inland Manufacturing states that these rifles need 300 rounds fired before they will begin to function reliably. This seems to be the case, as I typically encountered somewhere between six to ten malfunctions per box of ammunition until that point. After passing 300 rounds, reliability improves to roughly two malfunctions per box.

I experienced five failures to extract with Fiocchi, and two with Hornady Critical Defense. All rounds extracted after running the charging handle a second time. Approximately 20% of all rounds fired resulted in some sort of malfunction, primarily failure to feed. Most malfunctions require stripping the mag, reseating the round, then reloading the gun. Occasionally simply running the action or smacking the back of the charging handle will remedy the situation. 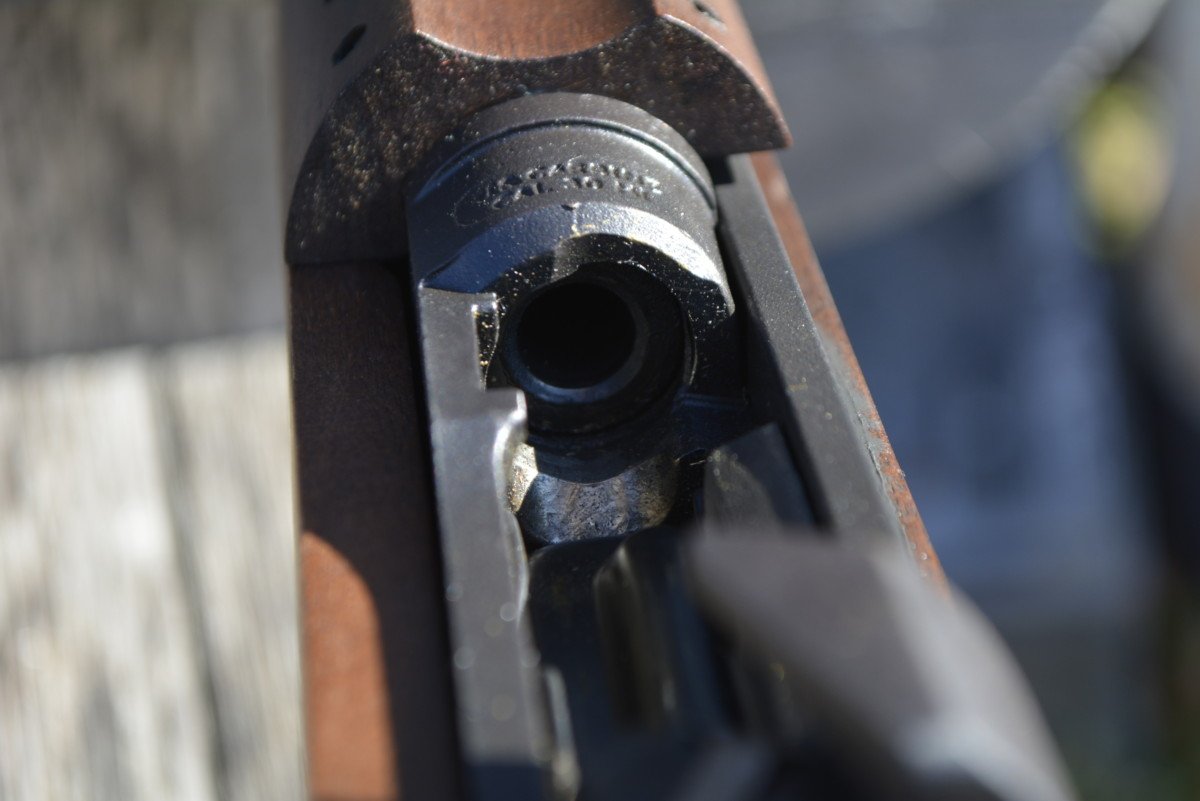 On one occasion, I had a failure to go into battery during rapid fire. I thought this was a light primer strike, as I heard the hammer drop, but when I looked at the action, I saw the shine of brass. When extracting the round, I realized I hadn't been entirely wrong; there was a light strike on the primer despite the gun being out of battery. Needless to say, had that round gone off, I'd have been in a world of hurt with such an open action right in front of my face.

Tula is a no-go with the Inland Manufacturing M1 1945 Carbine. Firing 10 rounds, I had 8 malfunctions; six stuck cases, one failure to fire, and one failure to go into battery. Each stuck case needed to be mortared out of the gun, with some requiring multiple attempts before coming loose. The Tula is clearly underpowered, so much so that I repeatedly thought I was getting squibs.

In an early attempt to improve reliability I bought a few spare magazines of different manufacture.

KCI magazines are extremely unreliable. Continuing to produce nearly triple the malfunctions of the Inland and Auto Ordnance magazines, even after the break-in period. This is certainly a case of getting what you pay for. Both 15 and 30 round Inland mags seem to be equally reliable, so users can feel free to stock up on stendos. The above malfunction rates are without counting those which occurred when using the KCI magazines.

The Inland Manufacturing M1 Carbine does not lock open on empty, though some magazines prevent the bolt from closing completely after firing the last round. This causes some difficulty in removing the magazine, as the bolt face is pressing against the follower. Primarily this occurs with the KCI and Auto Ordnance mags. 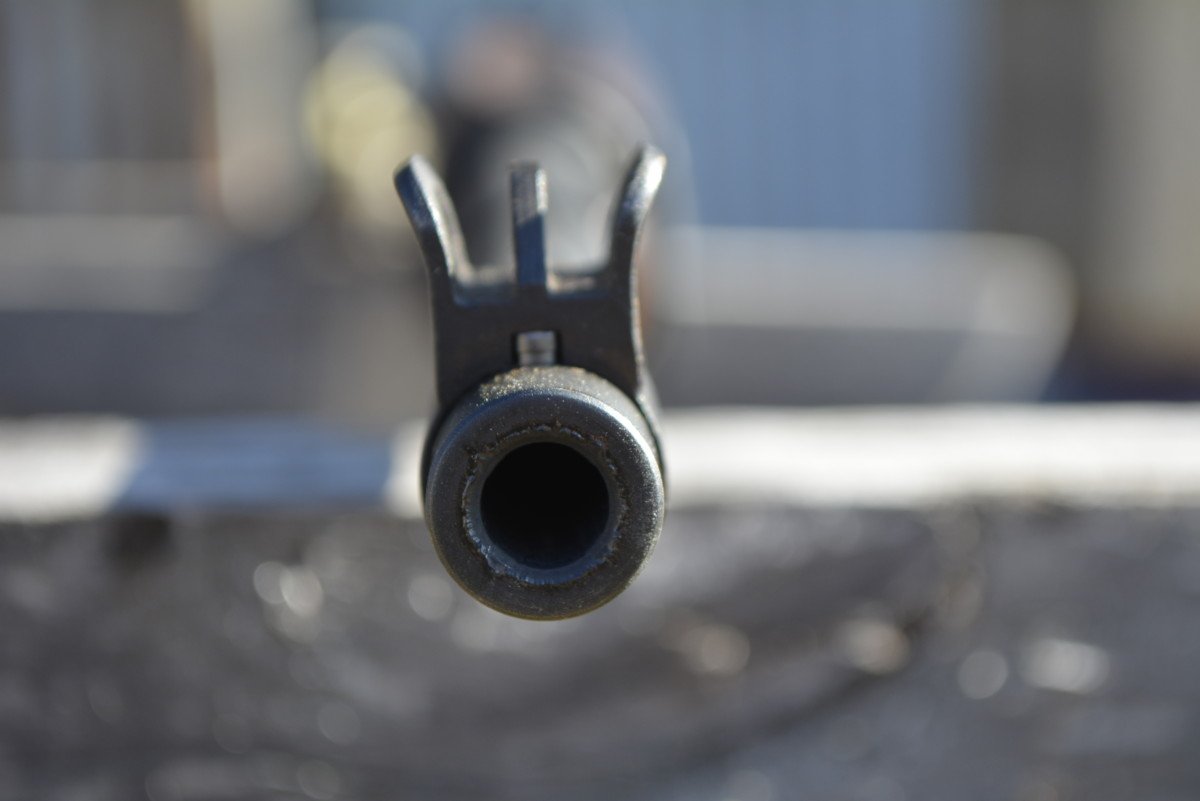 Despite the substandard reliability, the Inland Manufacturing M1 1945 Carbine is a hoot to shoot. The .30 Carbine round produces very little recoil and is very quiet. When it works, I'd rate this as more fun than any 9mm carbine, and on par with my .38 Special lever actions. Add in the low weight of the rifle, and you have a combination that I never grew tired of shooting.

MSRP on the Inland Manufacturing M1 1945 Carbine is $1139.00. WWII vintage Winchester and IBM rifles go for similar prices with their added historical value. You can purchase a new manufacture Auto-Ordnance M1 Carbine for roughly $750. Universal reproductions from the 1970's go for roughly 1/4 the price of an Inland but are regarded as some of the worst M1 Carbines ever made--but how bad can they be for that price? If Inland Manufacturing wants this rifle to do well, they need to either improve the quality to match the price point or drop the price to match the quality.

If you want a fun rifle with a warranty, and price or reliability aren't concerns, then maybe this is for you. If you want a gun with historical value, or to defend lives, then look elsewhere. I hope Inland Manufacturing takes these criticisms and improves their M1 Carbines. I think the potential for greatness is there. Until then, shooters should look elsewhere for the M1 Carbine needs.

Inland Manufacturing loaned the M1 1945 Carbine to Firearm Rack for the purposes of this review.