What do fine champagne, caviar, and Heckler & Koch products have in common? They're all expensive. Despite this, HK guns have come down in price over the last few years, however, their magazines have not. As of the time of writing, of the places that had OEM VP9/P30 mags in stock, most cost $49.00, or more. I won't say that those prices are crazy, but there's gotta be an alternative. In steps XTech Tactical, with their US made 15 round VP9/P30 magazine.

There's no beating around the bush, the XTech magazine is considerably less expensive than the OEM HK magazine. Compared to the $49.00 HK OEM 15 round mags, XTech's offering comes in at $34.95. That's almost a third less expensive. After years of paying the "HK tax", this is refreshing. 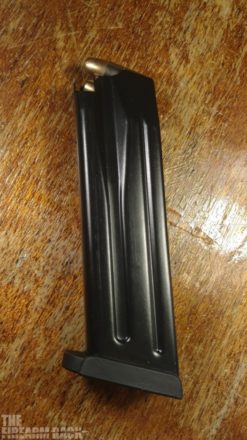 Now, the magazines being less expensive means nothing if it is not a good product. How does it stack up to the similar HK OEM offering?

The XTech VP9/P30 magazine's primary job is to reliably feed ammunition into the pistol, and all other features come secondarily to this. The magazine does add some "nice to have" features, besides only functioning. 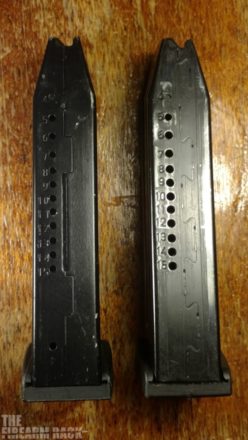 XTech mag on the left, HK OEM on the right. 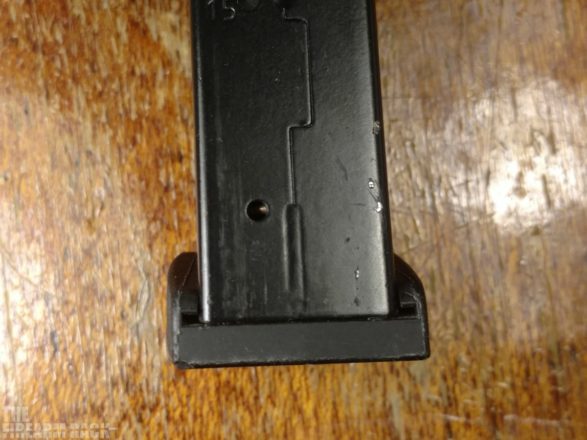 The ever elusive 20th round witness hole.

Something that the XTech mag has over the HK OEM is a witness hole at the bottom, for a twentieth round. This is a useless addition unless you are running a +5 extension. This is really nice to have when you are packing more rounds. 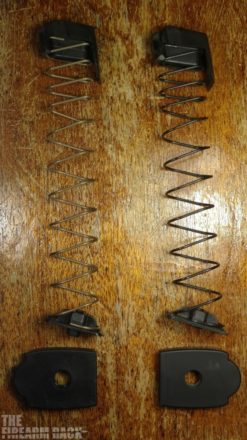 XTech magazine components on the left, HK OEM on the right.

Comparing the XTech magazine components to the HK OEM, I'm seeing that both magazines have roughly the same follower, same quality spring, and similar locking plates. The locking plate on the XTech mag has a little bit longer button, which aids in magazine takedown. The baseplates are different, as the XTech mag uses a plastic baseplate, while the OEM mag is a rubberized baseplate. 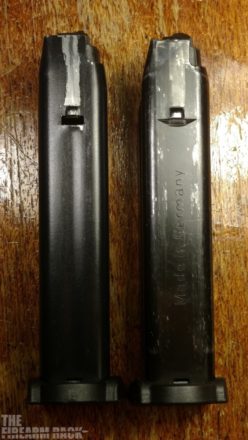 XTech magazine on the left, OEM on the right.

The last feature to discuss is the magazine release cutout on the magazine. XTech's mag differs from the OEM, as it uses a hole, with a tab, opposed to the recessed cut and tab used on the OEM mag. Both magazines lock into place firmly and drop free, so I see no issues here.

So the XTech mag is packing some features that make it stand out from the HK OEM 15 rounder, but does it work?

How Does The XTech Tactical VP9/P30 Magazine Work

My 15 round XTech magazine came with me for three outings to the range, feeding about 700 rounds through three different guns. The three guns in question were a P30L and two VP9s. Every time that a gun ran dry, the slide locked back on the empty magazine, and the magazine was ejected out and hit the dusty, gravel of my local shooting range. I ran into ZERO malfunctions during the testing period, which is awesome! I did run into a single problem at first, but it was minor, to say the least.

When I first got my XTech mag, it would only drop free from the VP9s, and not my P30L. It baffled me for a little while, but as I practiced dryfire reloads with snap caps, I began to notice some wear on the magazine. 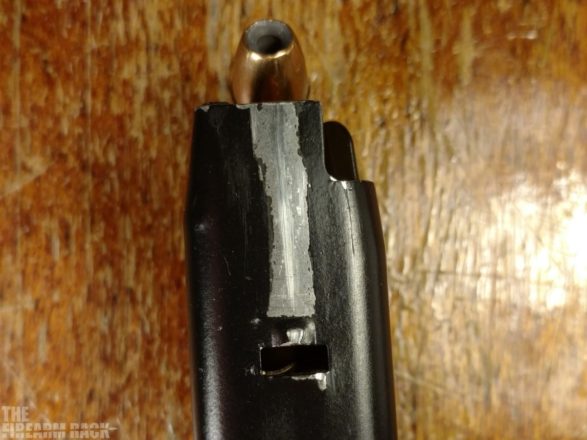 Wear above the magazine locking tab.

The coating used on the XTech magazine is different than what is on the HK OEM mags. The OEM mags have more of a treatment, like a nitriding, while the XTech mags have a coating. As this coating wore off above where the magazine release locks into place, my issue went away.

Over the testing period, wear on the magazine was as expected. The finish wore in spots where the mag had impacted the ground, however, no dents, or dings occurred. The baseplate got a little chewed up, but it does not affect function or durability. The OEM magazine may have a slightly nicer finish, but both are extremely durable and should be reliable over time.

Hell yes, the XTech VP9/P30 magazine is good! It functioned great during my testing, offers some new features, and costs considerably less than the HK OEM mags. The XTech mags are US made too, which is always a plus. If you've got a VP9 or a P30, and you are in the market for more mags, I'd recommend scooping up a few of these 15 round mags from XTech Tactical. 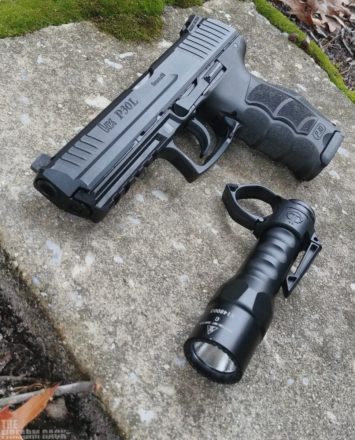 The XTech Tactical VP9/P30 Magazine was provided for Test & Evaluation by the manufacturer.