** CLICK HERE to read the second chance review on the Gen 2 mags.

Last month I posted about a new ultra-capacity AR15 magazine, shortly afterward The Firearm Blog was contacted by TorkMag to have us review the new TorkMag-50. The TorkMag-50 showed up on my day off from work, so I hastily threw it into my range bag and headed off to my gun club during a short break in the seemingly never-ending rain we have been experiencing in North Texas.

First I loaded the mag up to its 50 round capacity, a daunting task that I will talk about later then stuffed the magazine into my 10.5″ SBR and attached my suppressor. The TorkMag fed just fine and I experienced no issues or jams. 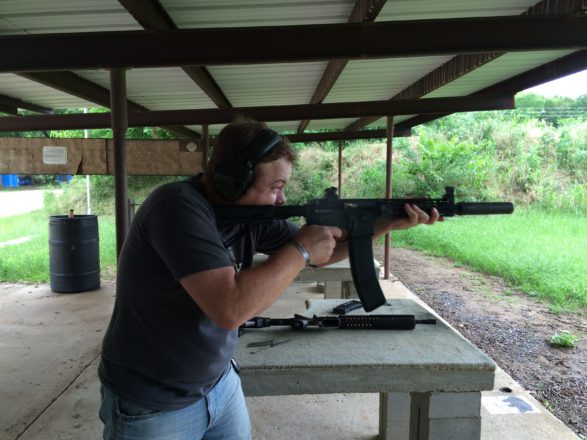 Next, I loaded another 50 rounds and put the magazine into a Daniel Defense M4A1 that I am currently evaluating for another review article. Again, I experienced no issues. 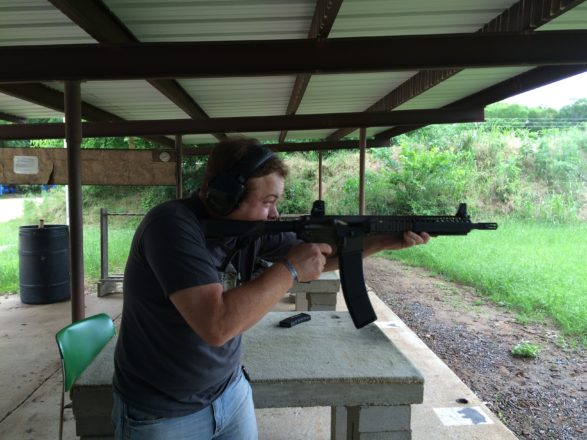 I wasn’t satisfied with just one outing so I drug the TorkMag and the DD M4A1 back out on one of the days Alex C. and I were out filming another segment of TFBTV. Again, it performed flawlessly digesting another few hundred rounds of XM193. 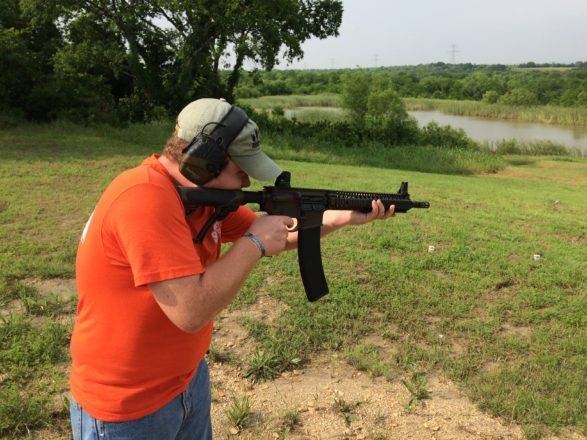 I had Alex C. give it a go, he isn’t one to say no to trigger time so he obliged. After running several hundred rounds through the magazine, I was pretty pleased with what I saw. The magazine even locked the bolt back every time it ran dry. You can see in the photo below all of the gasses exiting the muzzle, pretty cool! 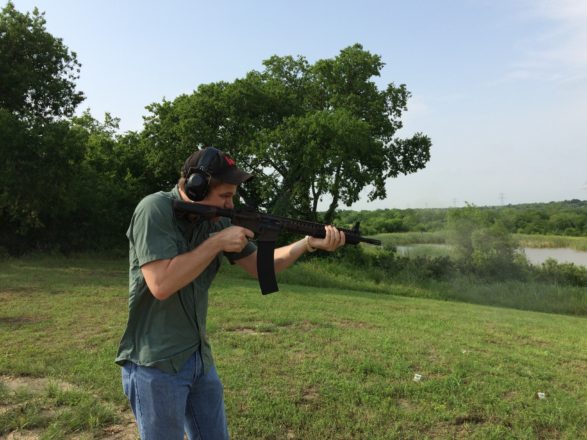 The mag that TorkMag sent me was a pre-production prototype, what arrived looked well put together and sturdy. (I will admit, the product photos were taken well after my trips to the range. In my mad dash out the door, taking photos slipped my mind) The finish of the magazine is rather plain, I really wish there was something in the way of a grip pattern molded into the body. I guess that really doesn’t affect how the magazine works though. 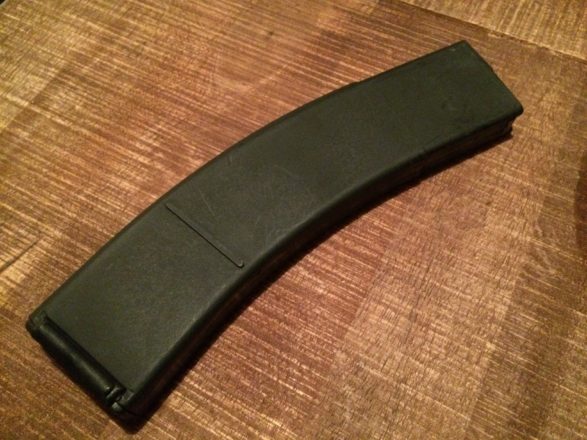 I am not really sure why TorkMag included the rib molded two thirds down. It appears to be the floor plate retaining lip used on the smaller TorkMag-35, it is the same size and shape as the lip the TorkMag-50’s floor plate uses. Interestingly the magazines showcased on their website do not show this ridge.

Edit: After talking to a representative from TorkMag I learned that both the TorkMag-35 and the TorkMag-50 are made in the same mold. When a TorkMag-35 is needed they simply cut off the excess and recycle the excess material. 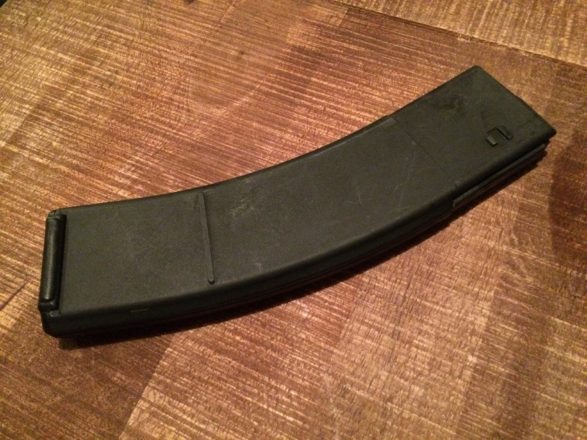 I grabbed the only 5.56 I had laying around at the time, some XM193 on stripper clips. No problem, I’ll just use a stripper clip guide. 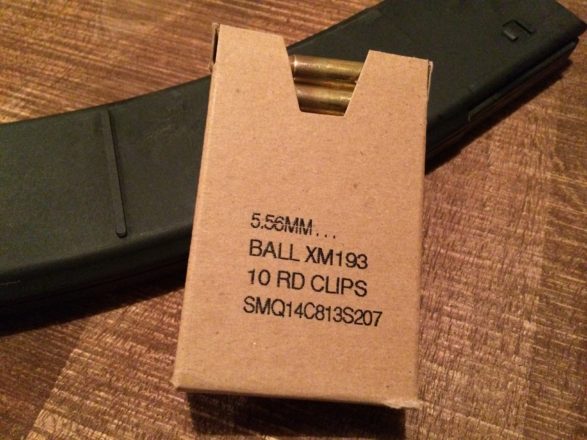 Well, that is disappointing. I guess stripper clip guides weren’t factored into the design of the TorkMag-50. Not really a big deal I guess, the majority of civilian shooters buy ammo that isn’t packaged on clips anyhow.

Edit: After talking to TorkMag I was told that as a result of how the TorkMag needs to be loaded it makes using stripper clips almost impossible. 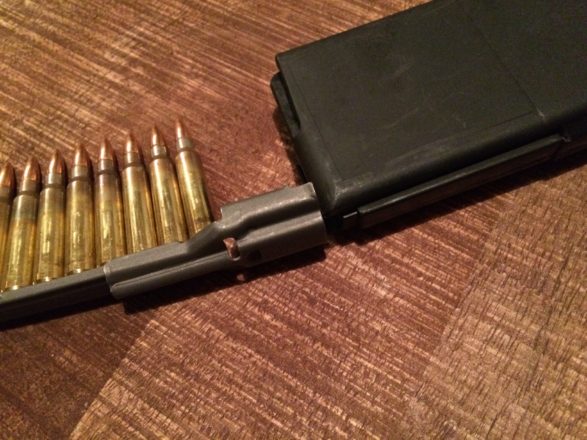 As I loaded the magazine, the first 30 rounds felt like any other magazine and went past the feed lips without issue. once you pass the 30 round mark it becomes a bit of a chore to get each new round into the magazine. At 40 it was really starting to be a bit of a bear. At 44 rounds loaded, the TorkMag-50 gave me a surprise. The magazine body split along the back seam and rounds spilled all over the floor.

Had the magazine not split, previous experience tells me that as you get closer to the 50 round capacity the magazine becomes almost impossible to load without the aid of something harder than a thumb. The people at TorkMag tell me that there is a way to load the magazine that makes it much easier, unfortunately by the time I had talked to them the magazine was out of commission. 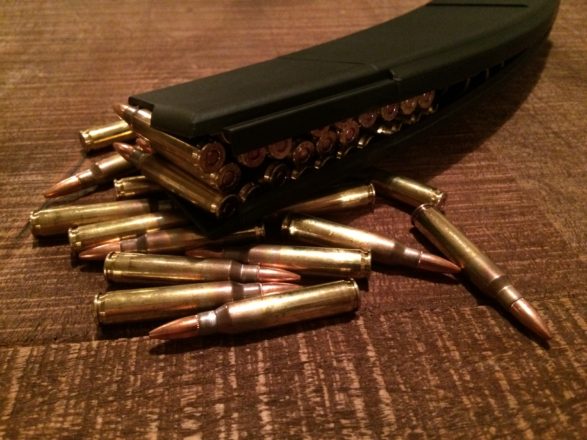 I guess since the magazine started to take itself apart I might as well see what makes it work. Here you can see the second spring on the leading edge of the follower. this “clock spring” clips onto the front edge of the magazine when it is all assembled. TorkMag does not recommend breaking the magazine down this far for cleaning, the only way I was able to remove the spring and follower was as a result of the magazine body breaking. 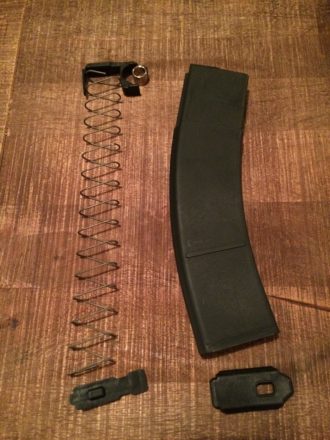 Here is a closer look at the secondary spring setup, you can clearly see the hook that goes over the leading edge of the magazine. 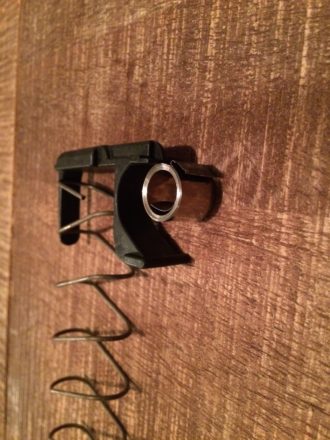 In conclusion, I really am disappointed with the failure of the TorkMag-50. The clamshell design of the body does not lead me to believe that it will withstand any long-term abuse. After talking to TorkMag about my experiences I was told that there was a failure in the manufacturing process that prevented the welded seam from fully bonding. They claim to have corrected this issue before full-scale production began and the magazines will have fully bonded seams.

I would really like to give the TorkMag another chance with a production run model that has had all the kinks worked out, the prototype magazine I tested isn’t really indicative of what consumers will receive if they choose to purchase one.

If you are still interested in pre-ordering a TorkMag-50 the MSRP is $39.95 and can be found at their website. TorkMag also offers a 35 round variant of their dual spring magazine with an MSRP of $21.95. They show on their website that they will be shipping pre-orders this June.

This post originally was run on The Firearm Blog - http://www.thefirearmblog.com/blog/2015/05/28/review-torkmag-50-round-ar15-magazine/