Muzzle brakes are a subject that I just can’t quite decide how I feel about them. On one hand, they are loud and enhance muzzle flash, but on the other, they are so darn effective it would be foolish to dismiss them. Every time that I get another one in for review it pushes me more and more into the pro brake camp. The final push to swap from flash hiders to a good brake may have come from the Armageddon Tactical CompTek Type 1 Compensator that Armageddon was kind enough to send for review.

The CompTek Type 1 showed up packaged in a thick plastic bag with one of Armageddon’s suburb crush washers and some brief instructions. When they told me that they were going to send some crush washers along with the brake I kind of brushed it off as a nicety, I had no idea that I would be impressed with something as simple as a washer. The brake is a thing of beauty as well, made from 4140 steel and given a melonite finish, Armageddon also offers a bare stainless steel option as well. The flats to install the comp are sized exactly the same as an A2 flash hider making finding a tool a snap unlike some of the brakes I have used. 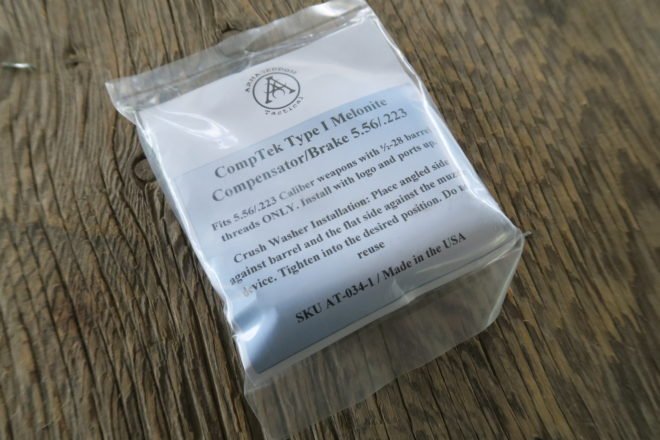 The Armageddon brake’s 2.75″ length and almost 1″ diameter dwarfs a standard A2 flash hider when laid side by side. The large size of the brake means that it weighs in at 4.8 ounces, not exactly lightweight but not a boat anchor either. 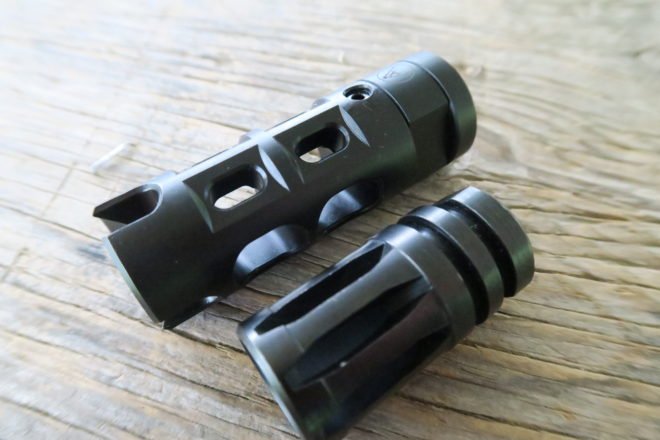 The two large chambers on the bottom portion of the brake do a wonderful job of diverting much of the blast to the sides reducing felt recoil, the four smaller holes on top do an equally good job of diverting some of the muzzle blast upwards to combat climb. 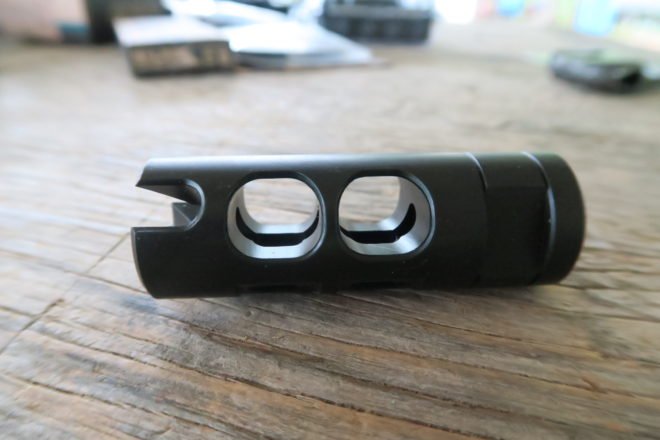 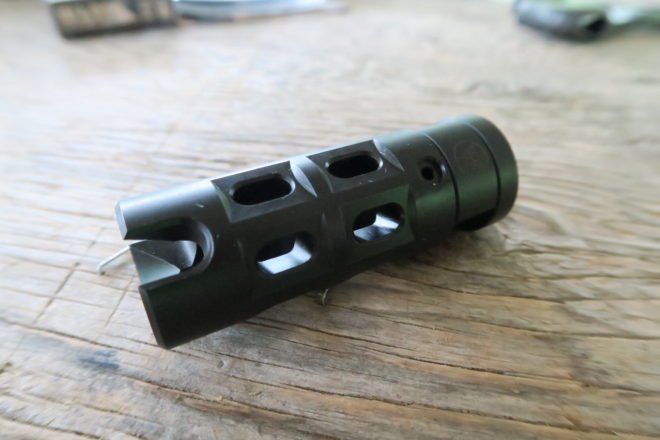 I wasn’t able to set a camera up downrange to see what was going on with the crenelations at the front but given their shape, I would imagine that they play a role in recoil reduction. 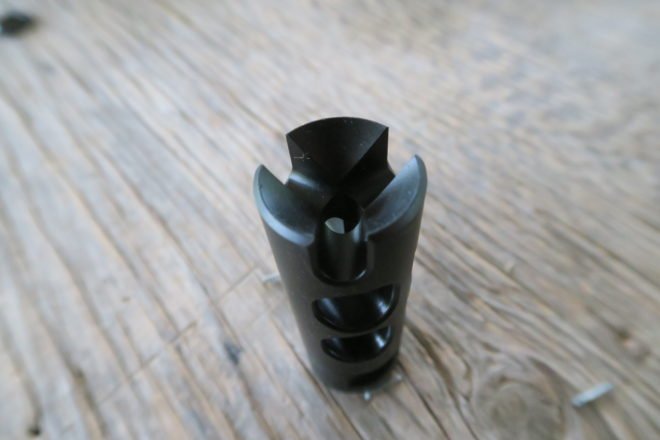 Armageddon used standard 3/4″ flats on the brake allowing you to use a 3/4″ wrench or an armorers tool. 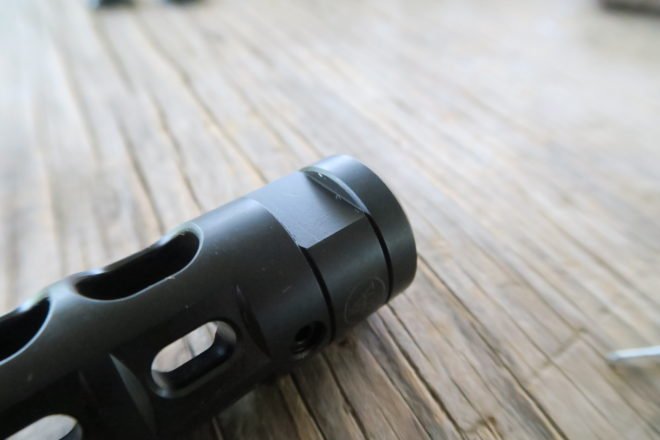 Earlier I mentioned the suburb crush washers and that they really impressed me, now I can explain myself a bit. The crush washers are not the typical design and are much easier to use when clocking a muzzle device is needed. The crush washer has a groove around the middle allowing it to collapse when tightened down giving you the right amount of torque for one complete revolution. I really wish they made these in 5/8″ for the .30 caliber users out there. I for one won't be buying anything but these in the future. In the photo below the left washer has been used, the right is still new and ready for use. 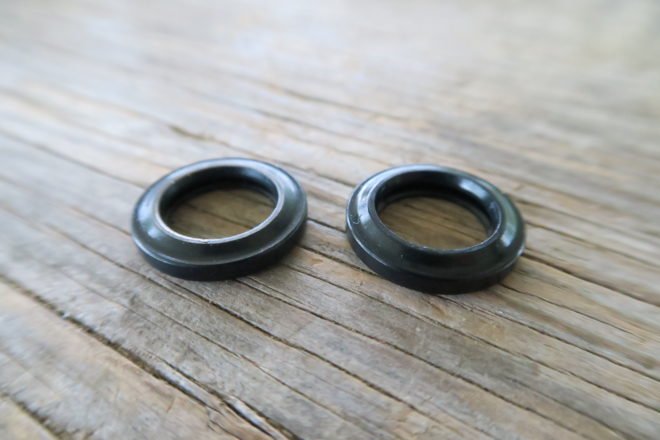 Installing the brake was really straightforward as previously mentioned. The crush washer included didn’t require much torque at all to clock the brake properly. 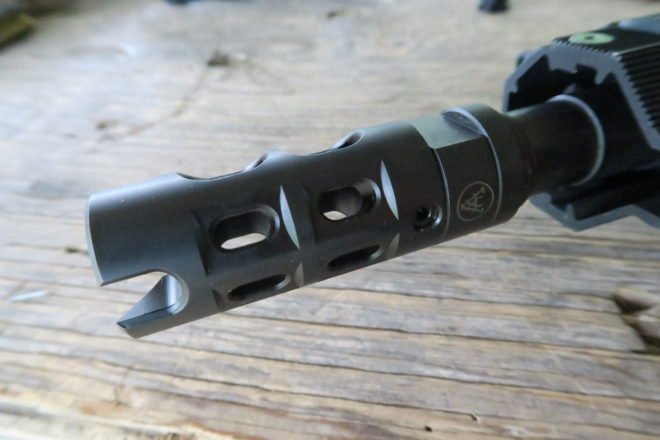 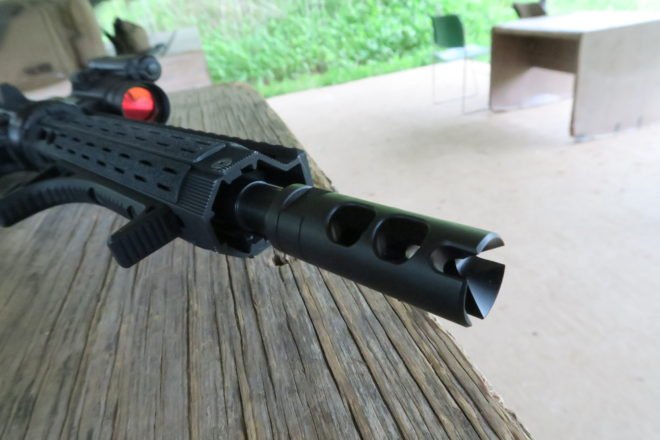 Shooting with the brake was really something! Not only was the brake doing its job exactly as advertised the muzzle blast wasn’t quite as stout as some of the other brakes I have shot, something that surprised me because normally two chamber brakes are quite loud. 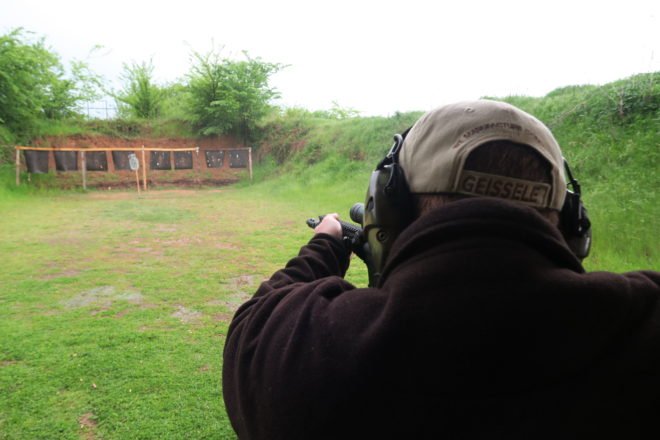 As you might expect the muzzle flash was quite brilliant, the brake did its job quite well. The felt recoil was almost non-existent allowing double taps on target faster than I was normally able to. My dad even got behind it and seemed to really enjoy the pleasant recoil impulse even though the muzzle blast was not something he was normally used to. 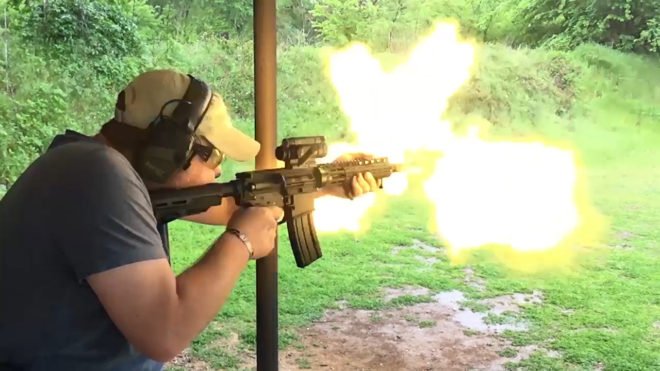 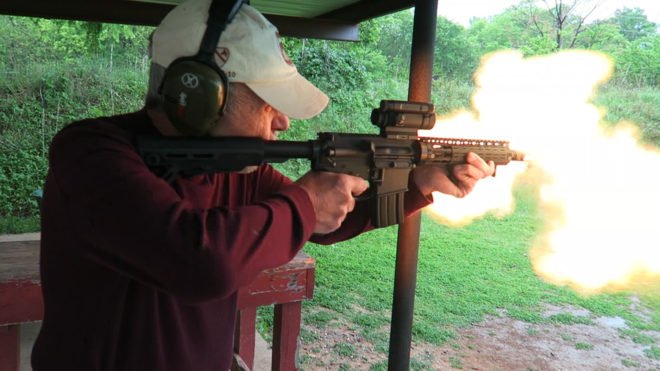 We took some video at 240 frames per second on an iPhone that really showcases the brake doing its job.

So what do I think about the Armageddon CompTek brake? I really like it and it may well have pushed me squarely into the muzzle brake camp. I compared the CompTex brake back to back with a Miculek brake as well as a couple others and feel like the CompTek brake is the best of the bunch. Armageddon’s brake has a solid recommendation from me and Armageddon’s wonderful crush washers aren’t anything to ignore either. At the bare minimum, you should give the crush washers a try since they are only about $2 a washer, about the same cost as a standard crush washer.

The CompTex Type 1 has an MSRP of $99 for the melonite QPQ finish as tested, the stainless steel version is priced the same. You can learn more about it on Armageddon’s site by clicking here. The crush washers that I mentioned come in 5, 10, and 20 packs with prices starting at $11.25 on up to $39.99 for the 20 pack. Clicking here will take you to the 5 pack page.