I have been shooting the AR-15 platform for many years now and have experienced my fair share of magazine-induced failures.Thankfully, companies have identified that the AR-15 magazine is the rifle’s largest weak point and continually develop new and interesting solutions to this reliability problem. ProMag has done just that with the PM-30 magazine for AR-15 rifles.

I can think of no better way to take a closer look at the magazine than with breaking it down to show how ProMag took an innovative approach to a 50-plus-year-old magazine. Before I take the mag apart, I want to point out some of the exterior features.

Overall, the magazine has a very attractive appearance. The stippling is aggressive and well thought out providing a ton of grip. I also liked the little digital numbering system in the lower left—I will talk more about that later in the review. ProMag used their proprietary Technopolymer to build the mag body resulting in an ultra-tough magazine. 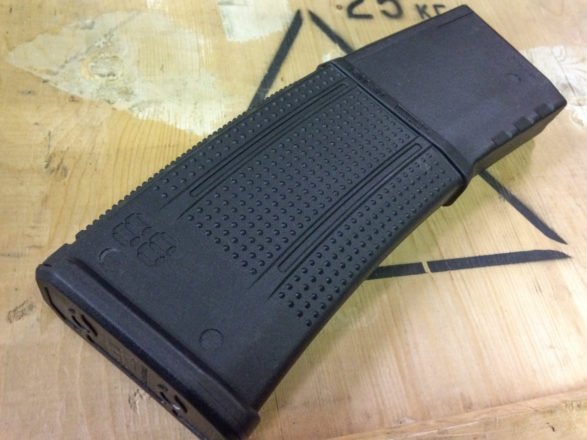 Here is a close up of that outstanding stippling. 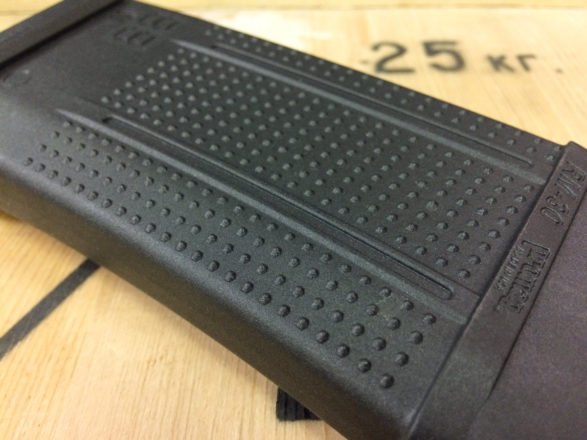 The back of the magazine has some very nice pronounced ribs that really aid in getting a solid grip on the magazine. 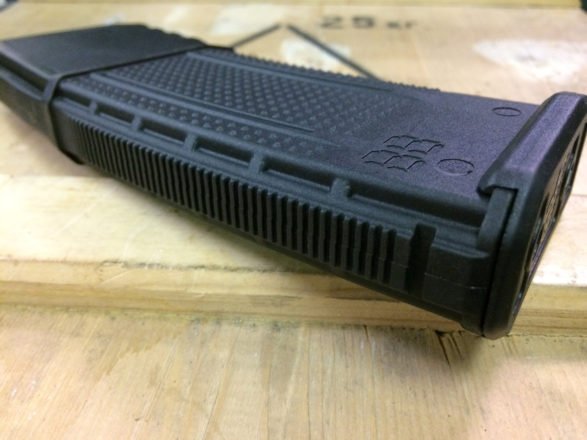 The follower design is what really sets the PM-30 apart from other magazines on the market. It employs a follower with four rollers on the front and rear of the follower to reduce friction. ProMag has dubbed the design the “Rollerfollower” … Clever.

Anyhow, here it is. You can see that the feed lip design is very close to the one that Magpul uses on its Pmags. 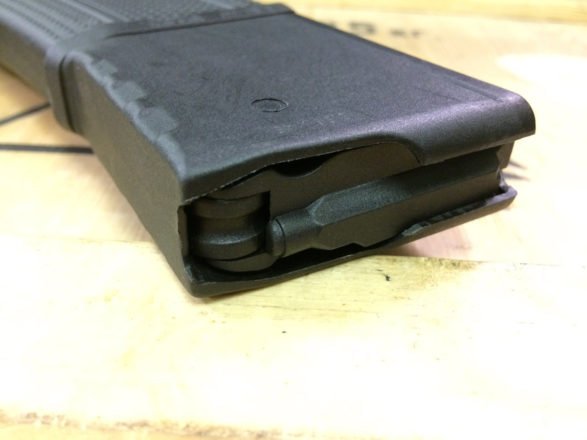 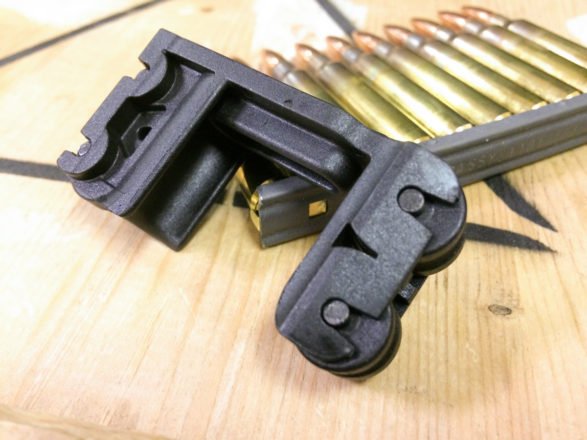 One thing I find missing from some polymer magazines is the lack of stripper clip guides. I normally don’t use them, but every now and again, I buy ammo that is already on clips. Thankfully, ProMag saw fit to include these on the Rollermag. 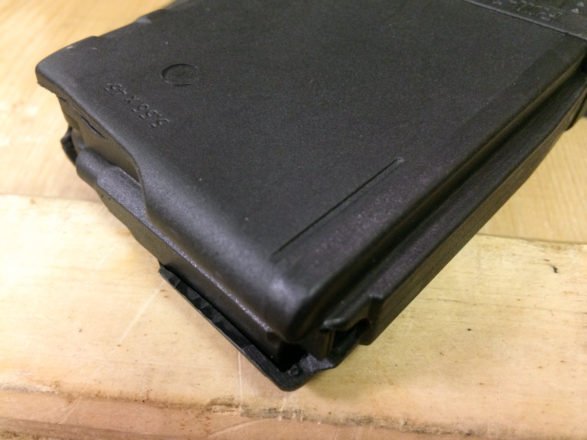 I slid a stripper clip guide onto the mag and round it to fit really nice! On some of my Magpul mags, it is a bit tight; the fit onto the Rollermag was snug, but not too snug. 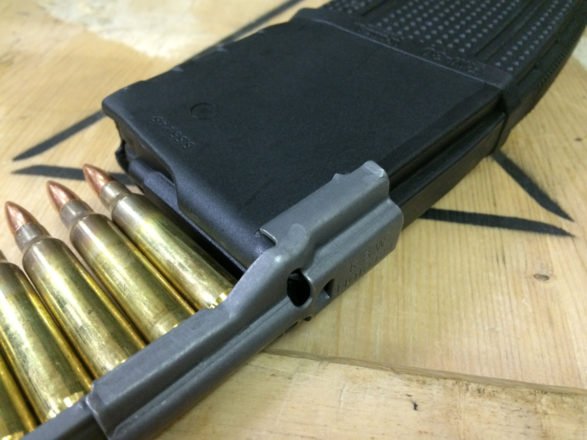 When I slid the 10 rounds off the stripper clip and into the magazine, I had no issue getting it to slide right in with minimal effort. 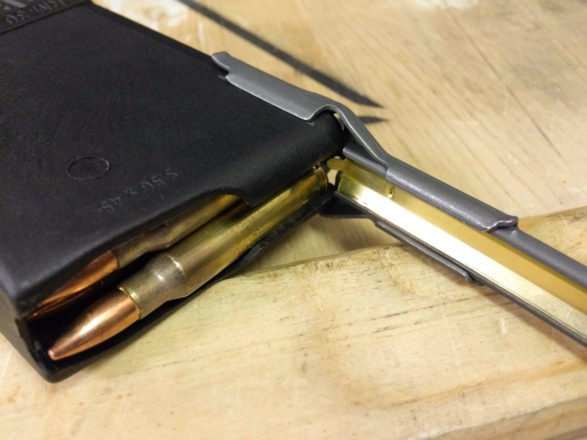 Now for the last two 10-round clips. Again, they slid right in with no issues at all. 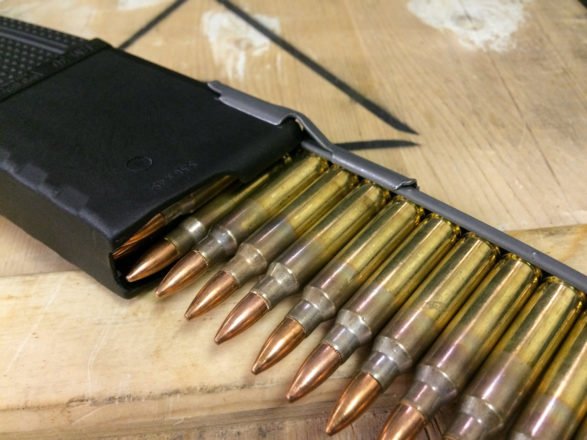 All full up with 30 rounds and ready for the range. 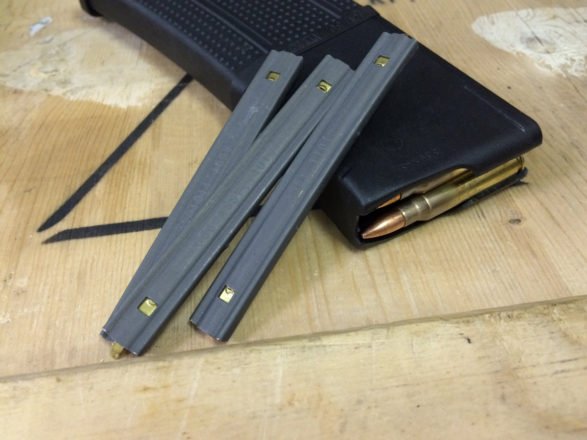 Something I found on the magazine body was the caliber is clearly marked on the feed lips of the magazine for easy reference. If you have several different AR magazines in different calibers this makes it easy to distinguish which mag is which. 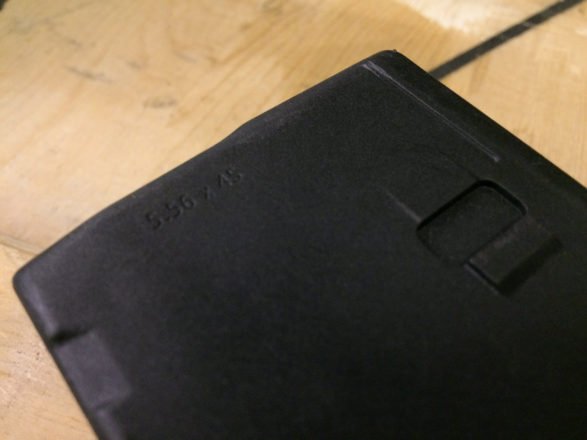 When I pulled the spring and floor plate out, I found that ProMag uses a pretty innovative design for the spring. I am sure they did this to accommodate the Rollerfollower’s larger design. ProMag uses a chrome silicon spring that they claim will retain its properties for six years when left loaded. 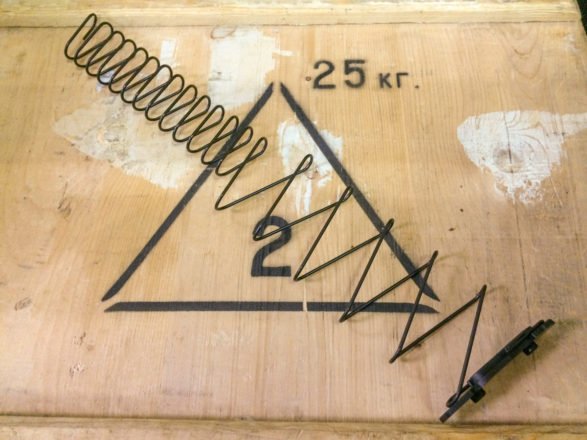 The floor plate itself uses a two-stud retention design to make sure that it won’t slip off the bottom of the mag keeping the ammo where it belongs. 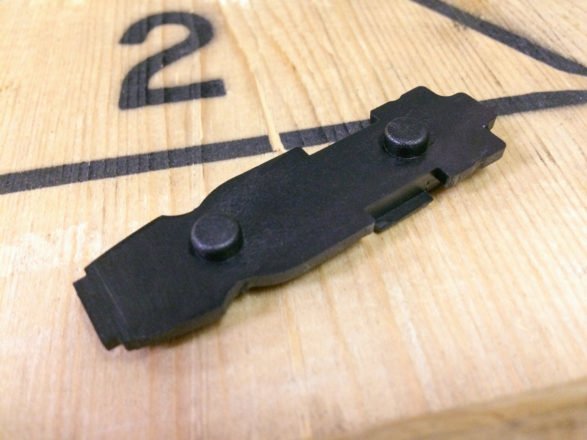 One downside to the mag body design is the rib separating the smooth portion of the mag and the stippled part. This may prevent the magazine from being used in guns like the Tavor or Beretta ARX100. 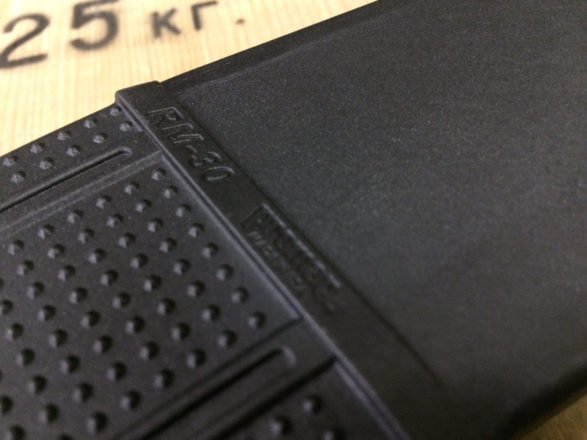 The last interesting feature of the magazine is that digital numbering system molded into the bottom of the mag. It allows you to color fill easy-to-read numbers into the mag with nail polish or model paint so that you can keep your magazines identified and track performance through each magazine. 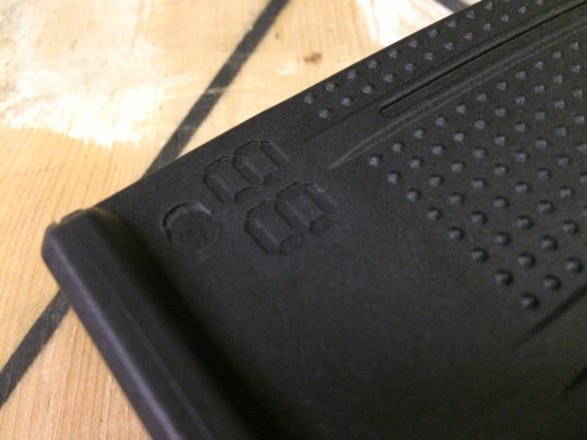 I took the magazine out to the range and ran a bunch of ammo through it. I was rather impressed by how the magazine performed. Unfortunately, I was by myself at the range with no cameraman—so no shooting photos. Here is a shot of the magazine in the rifle. You can see how that rib might be an issue for some rifles with deeper mag wells. 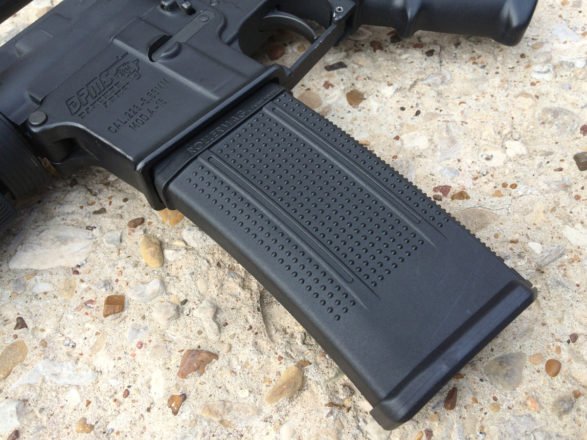 After spending some time examining the ProMag RM-30 Rollermag I found it to be a really nice alternative to the more traditional magazines on the market. With a price tag of $12.97 at the time of this writing, I think I will have to pick up many more to make sure all my AR-15 rifles have plenty of great magazines to feed them.

Copyright © 2021 Firearm Rack All Rights Are Reserved. See the copyright notice page for attribution requirements.
Affiliate Disclaimer: Firearm Rack is funded through direct donations and affiliate programs where the retailer pays a small portion of the sale to the site for the referral.