25 Rounds. 5 Strings of Fire. Close Range Shooting, But You Can't Shut Your Brain Off.

This week's Power Drills is a simple, yet deceptive drill, the Twenty-Five in Twenty-Five Drill. This drill is not nearly as difficult as last week's, but it's still no walk in the park.

The Twenty-Five in Twenty-Five Drill is a close range, five-string-of-fire target transition drill. The target for this drill has twenty-five one-inch circles on it, in rows and columns of five.  Once you've got the target set up, move back to three yards, load and holster your handgun, and set your shot timer to a ten-second par. On beep, draw your handgun, and starting from either right to left, or left to right, fire five rounds, one at each of the circles in the row. This is done five times, for a total of twenty-five rounds fired, hence the name of the drill.

For this drill, you'll need a shot timer, a holster, and the Twenty-Five in Twenty-Five target. The Pocket Pro II shot timer is still available for a great price right now, and the target is available here. Since the drill is shot from concealment, make sure that your holster is able to safely and securely hold your pistol before you hit the range. 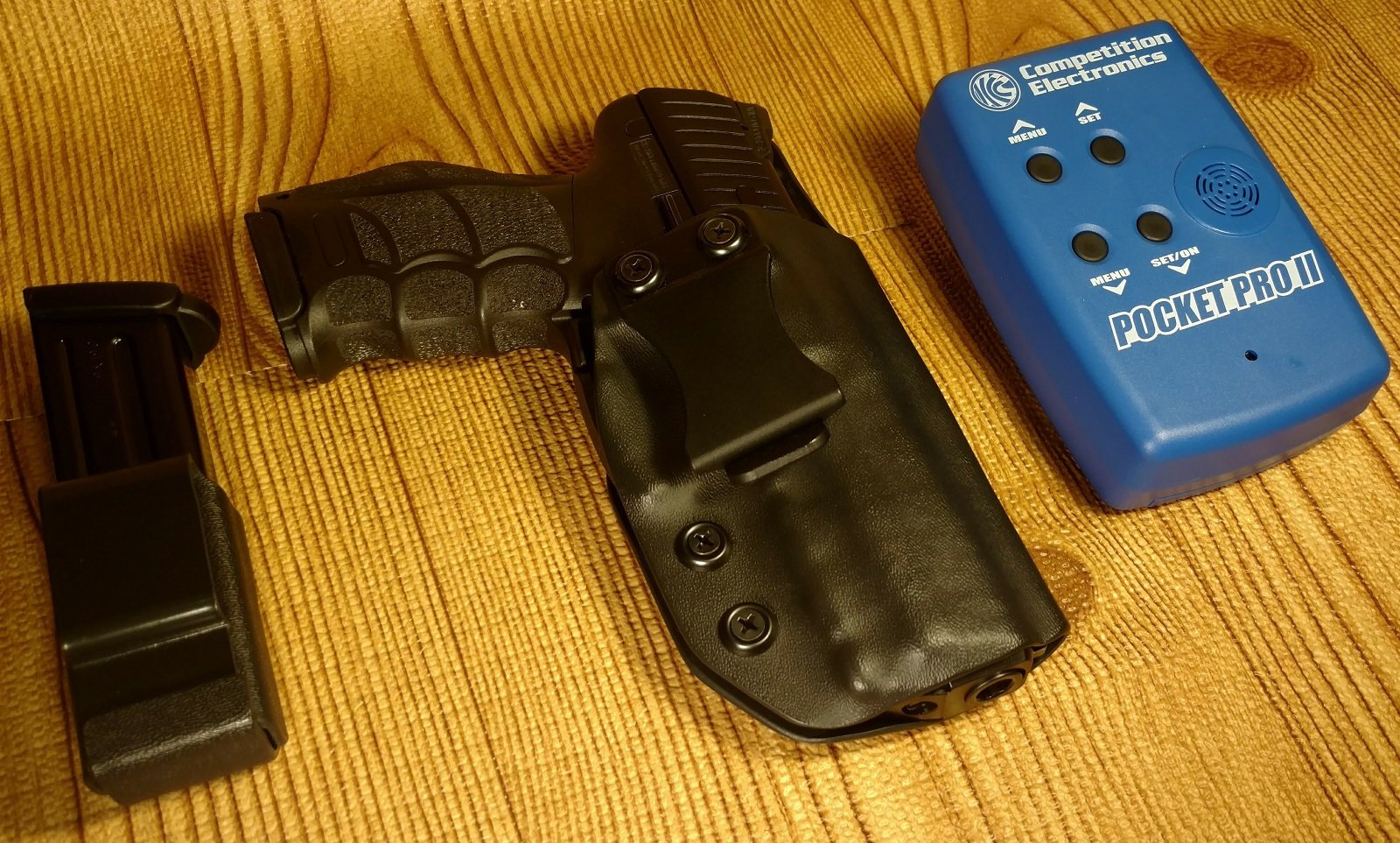 Ready for the range.

The Twenty-Five in Twenty-Five Drill emphasizes four skills, at least how I see it; grip, trigger press, sight/dot alignment, and hold-over recognition. If your grip isn't on point, your shots, even at this close of a distance, will not go where you intend. Sloppy trigger press will also lead to rounds going off kilter. With aiming points as small as this, sight or dot alignment is very important, as a small miscalculation will lead to a miss.

The biggest skill that I think that this drill does well is the need to account for your holdovers and the issue of height over bore. At such a close range, we need to contend with the issue of the difference between our point of aim, and point of impact. With your iron sights, this is not much of an issue at three yards, but with MRDS becoming the norm for handguns, height over bore becomes an issue. You can't just put the dot on the target, so you'll need to hold over to make a proper hit.

This is a thinking drill because you can't just go on autopilot, and fling rounds at the target.

The Twenty-Five in Twenty-Five Drill is a drill that is feedback positive; you know immediately if you had a clean hit, a dirty hit, or a miss. Some drills are not quite as quick to give you this information, but this one is. Go out and give it a try, and be sure to think when you're waiting for the timer beep.