Back at SHOT show I dropped by the Strike Industries booth to see what kind of madmen come up with all these wonderful toys and was flooded with prototypes of upcoming parts that will be in production later this year. One of those products was the Strike Switch and now that it is shipping they were kind enough to send a couple over for review.

Just like all of Strike’s products the packaging really stands out. I like that they change it up a bit for the Strike Switch, The window an foam was a really nice touch. I know that most shooters wont care about fancy packaging, they just want to know their gear is going to perform like they want it to. 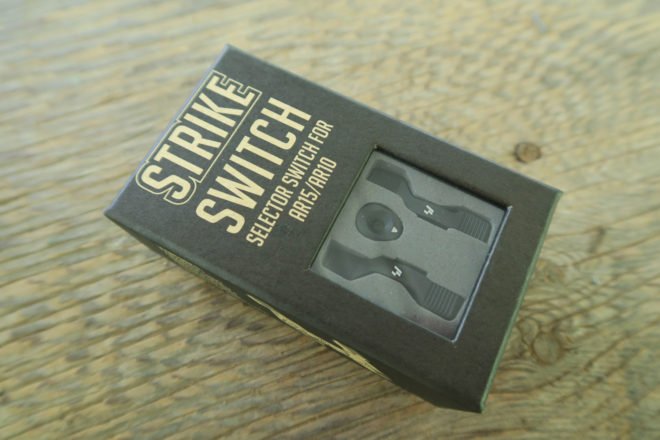 Strike does you a solid by including the required hex wrench to install the safety right there in the box. Also included is the left and right safety selectors, a reversible drum that allows both 60 and 90 degree throws, a block off plate if you only want to use one side and the two required screws. 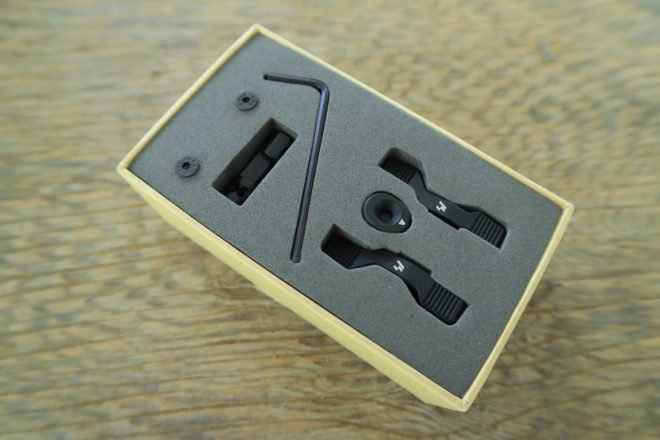 The shorter of the two slots on the drum is the 60-degree side, the longer one is the 90-degree side. To choose what throw you would like and position the respective side over the selector detent and install the levers onto the drum. Install was really easy and only took me a couple of minutes at the range. 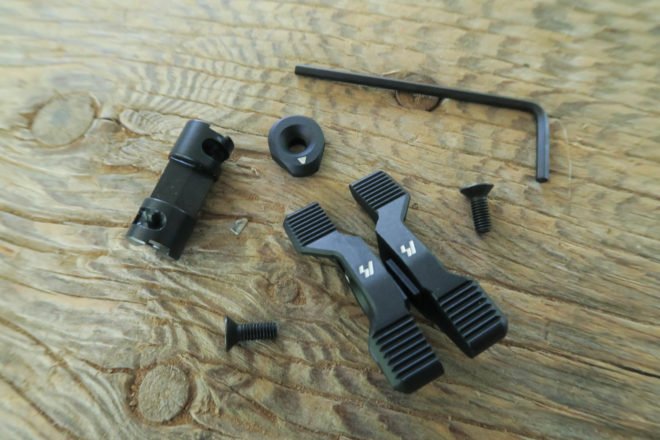 After getting the safety installed I noticed a bit of a problem with the size of the levers. When trying to take the rifle off safe the area that you have to depress is a bit on the small side. I am sure that the safety would loosen up after several range trips or even turning it on and off several times but I really wish that the larger paddle was on the rear or the switch instead of the leading edge. 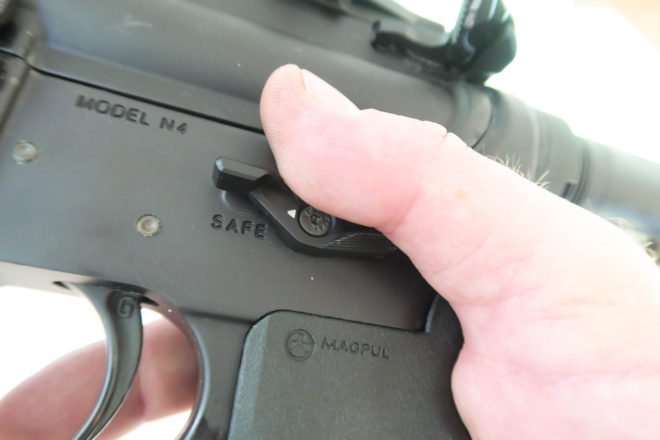 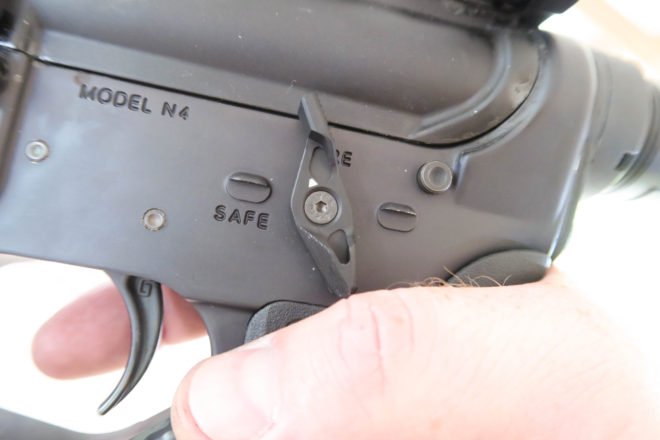 The other minor annoyance that I ran into was when running the Strike Switch in the ambi configuration the bottom of the switch was directly under my trigger finger. I know this is an issue that you find with most ambi levers on the market with a few exceptions, so I can’t really count the discomfort against the Switch. 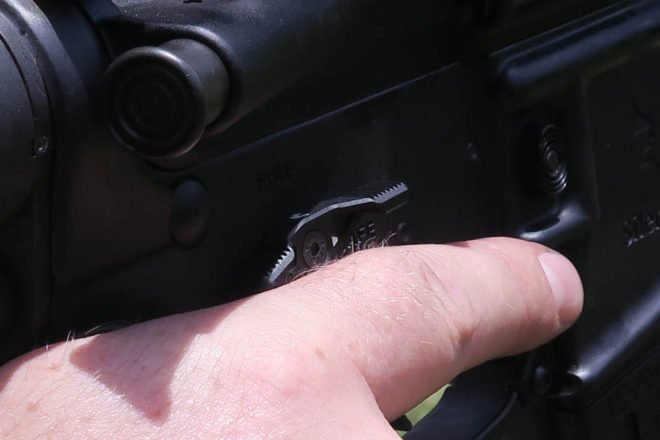 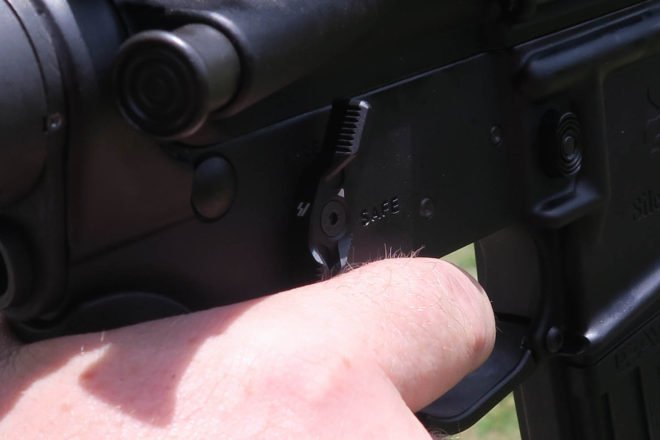 I already knew I was going to be a bit on the slow side when I the got um’, wait he got back up drill (take the rifle off safe, fire, put it back on safe, take it off safe again, then fire.) I found that while the switch was tough to take off safe, it was pretty easy to get the rifle back into a safe condition. 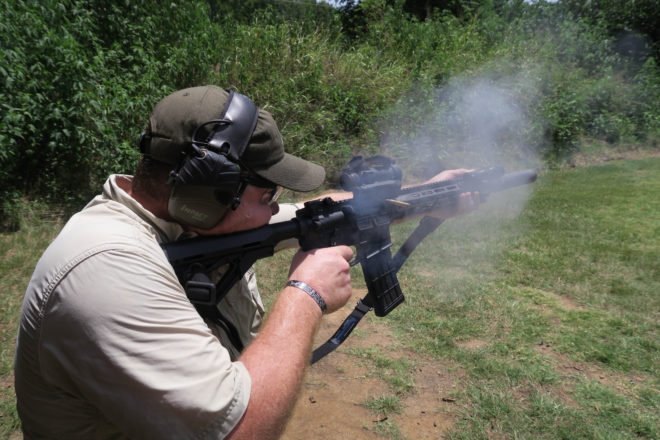 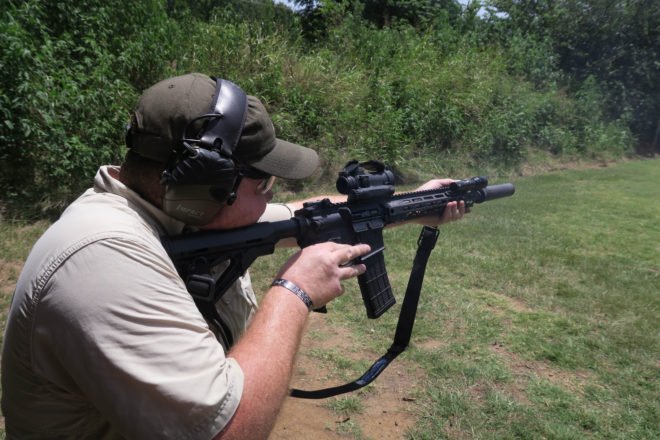 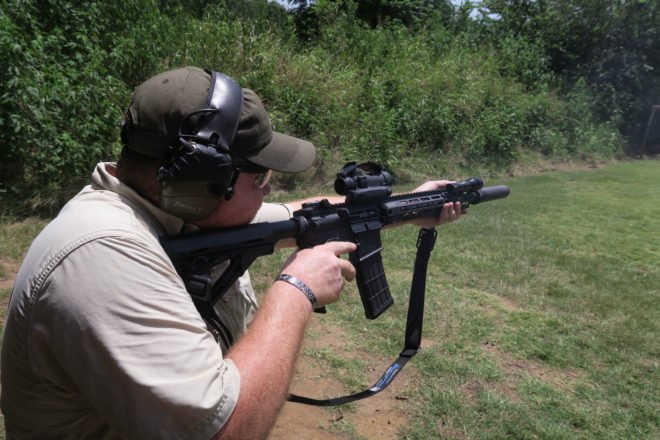 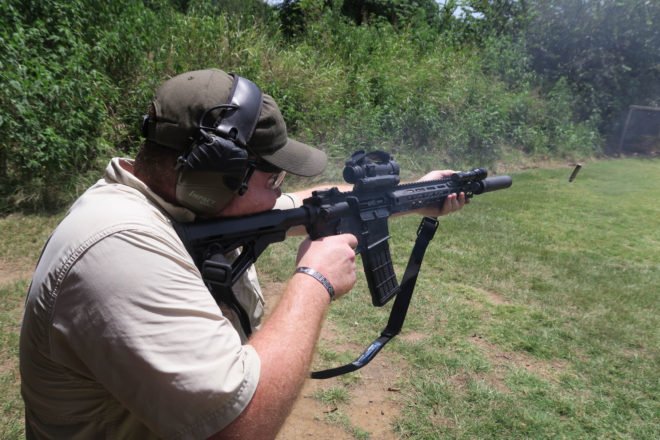 So what do I think of the Strike Switch? I was pretty surprised to find that I hadn’t fallen in love with a Strike product for a change. I felt a bit let down if I am honest, but I still think it is a really solid concept that could use a bit of refinement to make it really shine. If it had been less pokey and tough to get off safe I think that I would have loved it.

The Strike Switch carries an MSRP of $65.95 for the black version tested and $69.95 for the grey, red and blue anodized colors. If you would like to see more about the new Strike Switch you can check out Strike Industries’ web page here.

This post originally was run on The Firearm Blog – http://www.thefirearmblog.com/blog/2016/07/22/review-strike-industries-strike-switch/