In a world of SIG P365's, Glock 43X's and Roland Specials, one would think pistol manufacturers would be itching to come out with the next Wonder-9. While Walther has an array of modern 9mm pistols, what caught my eye was something a little unusual for 2019.

Walther kicked it old school during SHOT Show, bringing back the PPK. For those unfamiliar with the weapon of choice for the world's greatest super-spy, the Walther PPK is a steel frame, double/single action .380ACP pistol.

When asking the Walther representatives why they would restart production on the PPK, they had one answer for me. Cool factor. Explaining that Retro guns are en vogue right now, they expect the PPK to be a popular option for the fashion forward pistolero.

Having previously owned a Cold War era Walther PP, I was less than enthused. However, shooting the PPK during range day softened my hard heart, though only slightly. 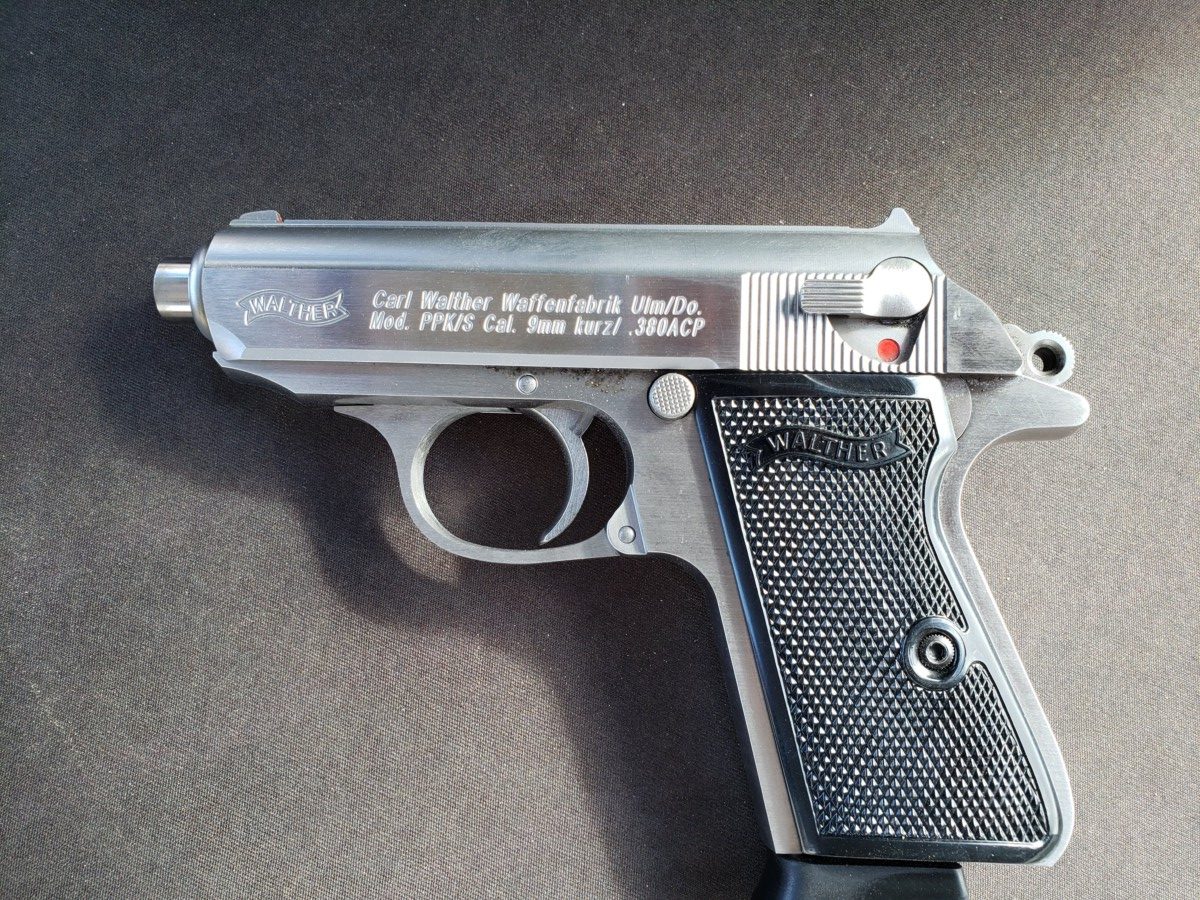 The double action trigger is long and heavy, but an improvement from previous iterations. While not as good as a CZ-83, it is serviceable, feeling similar to a J-Frame. Single action is again serviceable but nothing to write home about. Trigger reset is long and mostly indistinct. The heavy frame eats up the already mild recoil of. 380, and the fixed sights are effective yet trim.

The stainless version of the Walther PPK will be available by the end of January, with no date given for the blued model. Guns ship with two 7 round magazines with an MSRP of $799.

Walther had the latest pistol in their lineup, the Q4, on display at Range Day during SHOT Show 2020. The Walther Q4 takes cues from [...]

Just a reminder to those of you who own a Walther PPS M2, there is a recall issued for that pistol. Keep in mind that [...]

I had the opportunity to shoot the Walther PPQ Q5 Match pistols at the SHOT Show 2019 Range Day. I was impressed by them, but [...]