Some firearms might not be the best choice for the job at hand but are always up to put a smile on your face. I wanted to talk about a few of my favorite stupid guns that I still love to shoot. I am sure that some of you are going to chastise me for calling any gun stupid, but some of these exist for no other reason than to make you grin like a fool.

My first choice is the NAA single-action revolver, which is basically a scaled down Colt Single Action Army chambered in .22 Short, .22 Long Rifle, or .22 Magnum. While the .22 Magnum might be a good choice for the concealed carrier that needs an ultra-deep concealment piece, there are probably better choices. I don’t think any of us are going to forget that news story out of Tennessee where a woman concealed a loaded NAA revolver in her … um … Well, you get it. That said, I still love taking my little NAA revolver out to the range with the .22 Long Rifle cylinder and acting like I am in a pint-size western. The little hammer even provides the legendary four clicks when drawn back! Too cool!

The Chiappa Triple Threat is nothing more than a drilling-style rifle that forgot it was supposed to have a rifle barrel and sprouted a shotgun barrel instead. There are several shotguns that might be a better choice, but there is just something that puts that excrement-eating grin on my face every time I break the shotgun open to reveal three spent hulls flying through the air. I have found that I really enjoy hitting the clay range with it; people always have to know what the heck I am shooting. Every time I hand them the gun for inspection, they look like an eager child on Christmas morning. I promise, it never gets old. 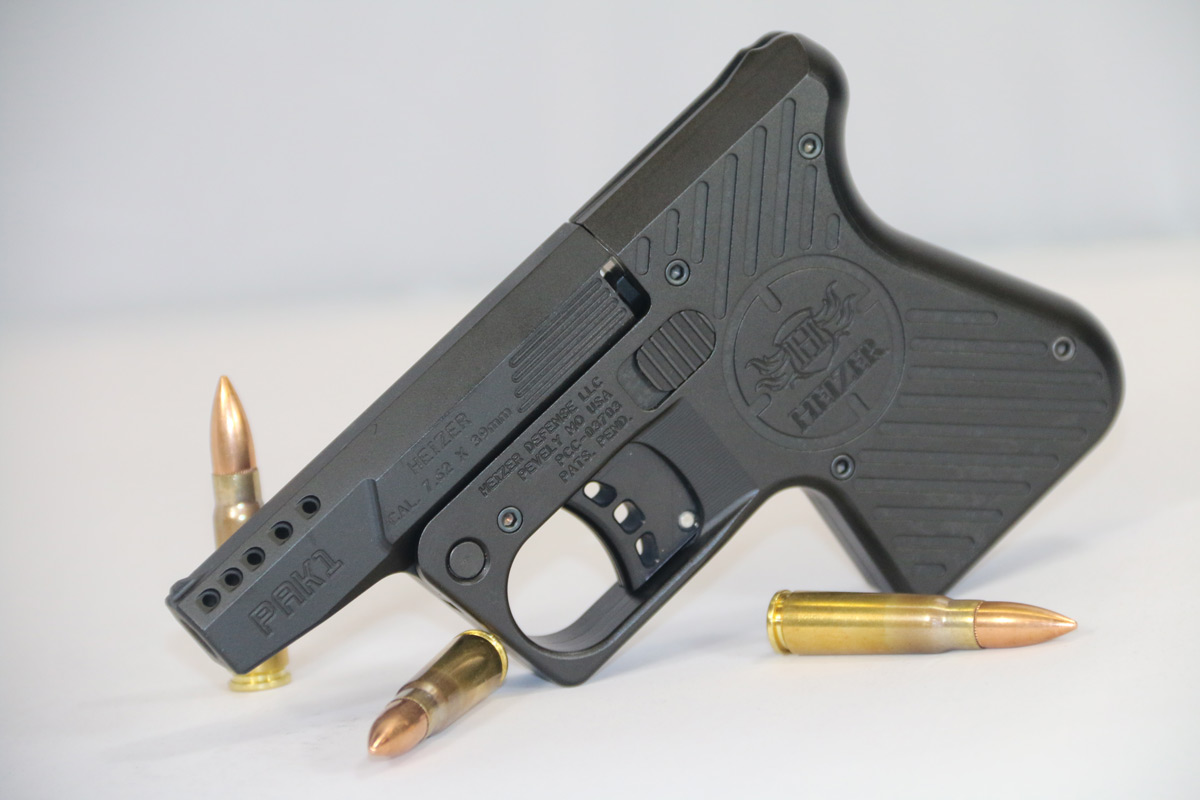 The Heizer Defense Pocket AK is a gun that I can’t think of a use for in the wildest of my dreams, but I want it simply for the incredible show that it gives when you mash the trigger to the rear. The fireball that the Pocket AK lets loose is nothing short of amazing! Take this little derringer in a rifle caliber to your indoor range and you are bound to shake a few ceiling tiles and induce some hearty belly laughs with your shooting partners. For the paltry sum of right about $450, you too can enjoy in the ridiculousness of shooting a rifle caliber out of a pocket pistol. A bargain if you ask me!

While I am sure that there is one of you out there that is going to come up with some niche use for the revolver-based .410 shotgun that can also accept .45 Colt, I can’t come up with one. That isn’t to say that it won’t serve as a means of entertainment at the range. I think that it would be really fun to take the Circuit Judge and a Taurus Judge out dove hunting in North Texas. The looks that my hunting partners will give me will be well worth not hitting a darn thing for the duration of the trip. I mean it is a rifle, a shotgun, and a revolver all in one! Say whaaaaaaat?

Lastly, we have the jumbo-sized Magnum Research BFR chambered in .45-70 Government. A .44 Mag would be a better choice when handgun hunting, or even a .460 S&W Magnum for that matter. This gun exists for no other reason than to be the gat men’s gun of choice in the movie Looper and to make other shooters on the handgun line ask, “What the hell is that, a cannon?” Why yes, it is a cannon. In fact, it is a big freaking revolver as the name suggests. The only thing I like better than shooting it is looking at its cartoonish profile. For some reason, every time my eyes pass over a BFR it makes me think of how well it would fit into the Loony Toons universe.

I seem to have a soft spot for guns that when my friends see in my safe, they ask me what the hell I was thinking when I handed my credit card over.