Rebate, sale, and discount. What do these words have in common? Well, they get us hyped for a good deal, and who doesn't like a good deal? We are at the time of the year where everyone is trying to find deals, and ammo is one of those commodities. I'm sure that you've seen this Black Pack ammo on most of the popular online retailers. Coming to market at a good price, and with a twenty dollar rebate per box, is this ammo a good deal, or is it too good to be true?

I ordered two cases of the Black Pack ammo, one case of 9mm, and one of .223. The ammo arrived in large plastic bags, inside of cardboard boxes.  Looking into reviews of the ammo, some people complained of ammunition arriving damaged or missing rounds. However, my ammo arrived in good condition, and in the correct amounts.

The two factors with this ammo that I was looking for were as follows: reliability and accuracy. I want the ammo to run right in my guns, and to shoot within the boundaries that I expect. The long and the short is that the ammo met both of my standards. Over my testing of both cases of ammo, I had zero malfunctions, and the ammo was accurate enough for range use.

Where To Buy Federal Black Pack

The 9mm Black Pack is a 500 round count of 115 grain Blazer brass cased ammo. This ammo was reliable in the three test guns, our HK VP9, HK P30L, and Beretta 92FS. The ammo was plenty accurate enough for both plinking and running drills. Ammunition quality did not seem to factor into hits or misses during my testing. For roughly $90 ( $70 after the rebate), this is a no-brainer deal.

The .223 Black Pack is a 300 round count of 55 grain M193 Federal Lake City brass cased ammo. This ammo was reliable in our test AR, a Holosun 403B equipped 10.3" pistol. Upon arriving at the range, I confirmed zero and tried some distance shooting. The conditions at the range on this particular day were cold and very windy. There was a crosswind blowing on the range, staying at a constant twenty-five-ish mile per hour. While shooting at 100-300 yards, I was consistently hitting, as long as I was putting in my effort. This ammo seems to perform exactly as I'd expect from Federal. 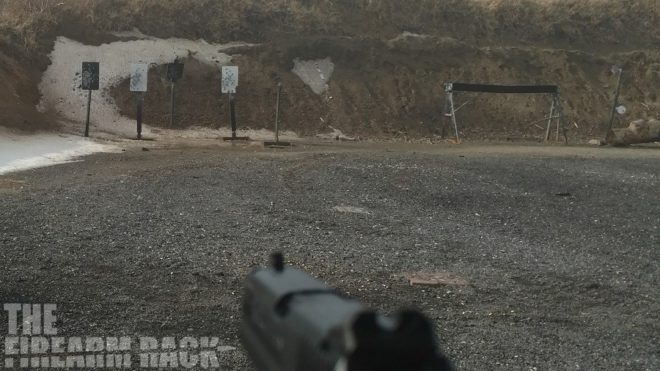 To get good, you've got to shoot, and this is a great way to shoot more.

Should You Buy Federal Black Pack?

In conclusion, the Black Pack is a fantastic deal, and with the current rebate, is basically impossible to match. Although I only tried the 9mm and .223 offerings, I imagine that this will be the two most commonly purchased packs.

Pick some up while the rebate is still live, and hit the range so you can get good!

Like Loading...
About Paul Whaley 82 Articles
Paul Whaley is a guy with an interest in practical and defensive pistol shooting techniques with an eye for quality gear.