Benelli is a legend in the shotgun world, from military and law enforcement use to 3 Gun and hunting. As my love affair with scatterguns reignited in 2019, I knew I needed a quality semiautomatic. Browsing a local shop, I noticed a brand new Benelli M2 Tactical for 25% off. Before I knew it, I was out the door, gun in hand, with a slightly diminished checking account.

The Benelli M2 Tactical is a 12 gauge, tube magazine fed, semiautomatic shotgun. With a small extension, it offers a 5+1 capacity with 2-3/4 inch shells. Those looking for a little more "oomph" are in luck, as the chamber is rated for 3 inch shells as well.

The gun uses a inertia recoil system for cycling. Common thought it that this can increase recoil, and reduce reliability with low power ammunition or excessive accesorization of the gun. I speak more on this later in the review. 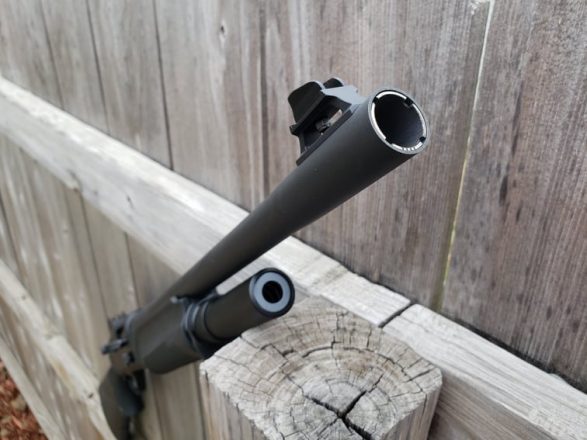 Benelli includes interchangeable chokes for use with the M2 Tactical. Inside the case you'll find extra choke tubes and tools for swapping them out. I keep the cylinder bore choke in my gun for the duration of the review.

Ergonomics on the Benelli M2 Tactical are a mix of modern advancements and tradition.

The stock features Benelli's ComforTech padding. This is soft gel runs most of the length the polymer stock, which can be seen by chevrons in the stock, and a soft cheek pad on the comb. The recoil pad is also made of ComforTech material, and conforms to the shape of a human shoulder. Users can swap components specifically for left or right handed shooters, helping to properly align the firearm and distribute recoil. This is excellent in most cases, but can be a slight issue if firing from your opposite shoulder. 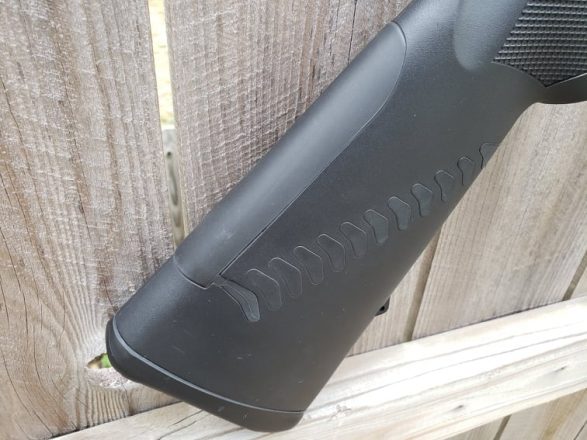 Benelli offers a "compact" stock, which costs upwards $400 and is typically unavailable. Though listed as compact, the length of pull is still a suboptimal 13-1/8 inches long.

Despite the nice ComforTech material, Benelli has opted to use a traditional, overly long stock. This causes most shooters to have a suboptimal purchase on the gun, which in turn increases felt recoil, among other issues. Interestingly, the mixing of materials in the stock creates fairly noticeable creaking when pressing the gun into the shoulder. 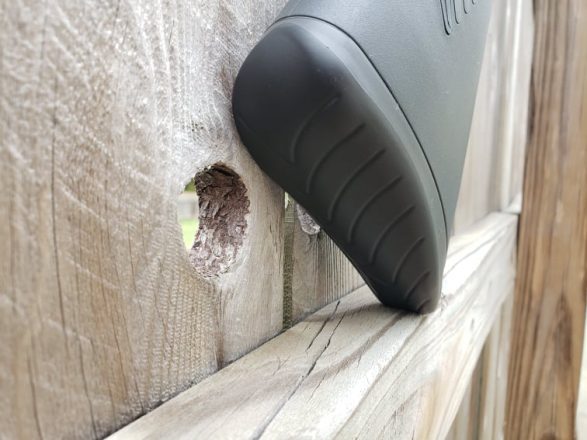 The grip is fairly vertical, with some excellent checkering. This helps improve your grasp with wet or sweaty hands. A hole for a traditional sling swivel is molded into the bottom of the stock, which is a bit dated for a "tactical" shotgun.

The forend on the M2 Tactical is nicely sculpted, allowing for positive control of the gun in normal and adverse conditions. Aggressive texturing on the underside of the forend helps ensure of secure grasp on the gun. The front of the forend features a rotating sling swivel. This rotates to either side of the gun, or underneath to suit the user's needs. The swivel is retained by the magazine tube, which must be slightly loosened to rotate the sling.

Controls are fairly standard for a semiauto shotgun. The charging handle is small, along with the bolt release. Benelli's lifter is forked, which frequently pins the shooter's thumb in the receiver when loading. At 310 rounds through the gun, I swapped out a few parts. I add an extended charging handle, shell lifter, and bolt release, all from Taran Tactical. These bring the gun more in line with modern defensive shotguns, like the Beretta 1301. 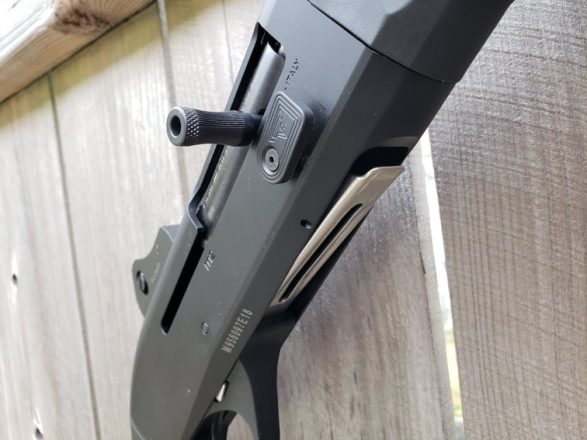 A crossbolt safety sits at rear of trigger guard. While I prefer crossbolts at the front of the trigger guard, this isn't a deal killer for me. While it's large in surface area, it is unobtrusive and fairly flat. In this case, that's a bad thing, as it makes rapid deactivation a little challenging. This is the next part I plan on swapping out.

Just above the trigger guard is the action release. When pressing upwards, this button releases a round onto the lifter from the tube, which then feeds into the chamber. With the hammer down, and this button neutral, shooters can freely cycle the action without feeding rounds from the tube. This is an easy way to get the gun into "cruiser ready" condition.

The Benelli M2 Tactical arrives with ghost ring sights from the factory. The rear sight is adjustable for both windage and elevation, with two white dots on either side of the ring. I only needed two clicks of windage to zero with slugs at 25 yards, which is a good sign for those who never think to do such a thing. Large wings shield the rear ring and adjustments from potential impacts. The front sight features a large white dot, and is flanked by two protective ears, similar to the front sight on an AR-15. 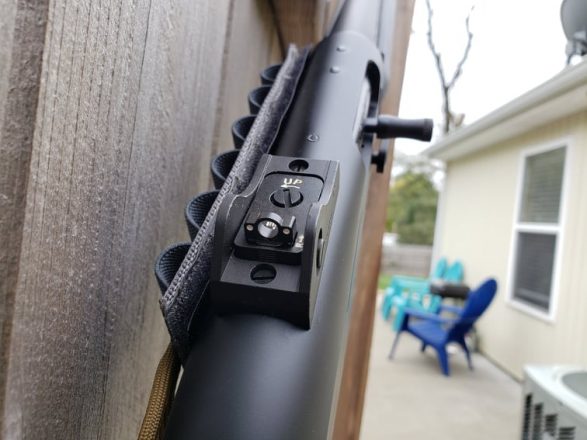 Despite not shipping with a rail, the M2 Tactical's receiver includes provisions for mounting optics. Adding some sort of red dot is on my short list of improvements to make on the shotgun.

During the review process I fired 310 rounds fired prior to adding the Taran Tactical components. I added 84 more rounds to check reliability after the updates. This leaves us at 394 total rounds through the gun over the course of my review.

Compared to a pump action, recoil is fairly light. I attribute this primarily to the generous buttpad, and the bleeding of energy to cycle the action. That being said, recoil is still fairly stout with certain slug and buckshot loads. The Benelli M2 falls a little short of the Beretta 1301 in terms of shootability.

After my initial cleaning and lubrication upon purchase, the gun has never seen as much as a bore snake. Despite this, I haven't seen a single stoppage to date. Even with ultra low power birdshot loadings, the gun runs like a dream.

The Benelli M2 Tactical is one of the most difficult shotguns to load I've ever come across. This is despite firing a few hundred rounds, and loading more than double that in dry practice. Initially, I thought the gun was broken, as it took two hands to get rounds in the tube. Over time, the force required has lessened, but is still significant. This stiffness substantially increases the time it take to load the gun, and quickly causes fatigue in the loading hand. I'm not upset by a break-in period, but this is ridiculous.

The Benelli M2 Tactical is a solid, if somewhat aging, defensive shotgun. Aside from the insanely stiff loading, I have been content with mine for the past few years. The M2 pedigree is strong, from both the martial and competition worlds, and it shows here. Fusing these two worlds, you should have no problem building out the gun of your dreams.

If you're looking for a semiautomatic shotgun, you should take a serious look at the Benelli M2 Tactical.