Latest Reviews
Shotguns have fallen out of favor during the Global War on Terror. Military members learn the M-4 and M-16, then come home to police departments that issue them for commonality of training. The low recoil of the 5.56NATO round is easier to learn, so many people shy away from the shotgun. Most people's experience with them sits somewhere in the realm of hunting. This results in most folks completely misunderstand the shotgun. You'll either get individuals saying shotguns are worthless, or are some magic death ray. In reality, neither of these things are true.
The shotgun is extremely effective, widely regarded as the top single shot fight stopper. Stopping power doesn't exist, but you'd be hard pressed to find another term to describe the awesome destructive capability of the shotgun. With all of this misinformation floating around, it can be hard to find quality data on proper use of the defensive shotgun. Hopefully this will help put you on the right path.

The tube-magazine fed shotgun is what we all know and love. On average, we expect four to five shells in the tube, though some go up to ten or down to two. To get higher capacity you need a longer magazine tube (the bottom one), which typically prevents these from holding more rounds. More rounds mean a longer, heavier, and more unwieldy gun. A six round tube will likely be the longest while allowing for a balanced gun. You're limited on capacity, which some claim will get you killed on the streets. In reality, you are highly unlikely to empty the gun in a home defense scenario, and reloading on the fly is a breeze.
Detachable box magazines have recently become popular in the shotgun world. Remington, Mossberg, Rock Island, and more have models allowing up to 20 rounds in a magazine. With triple the capacity in the same footprint, with better balance, what's not to love? 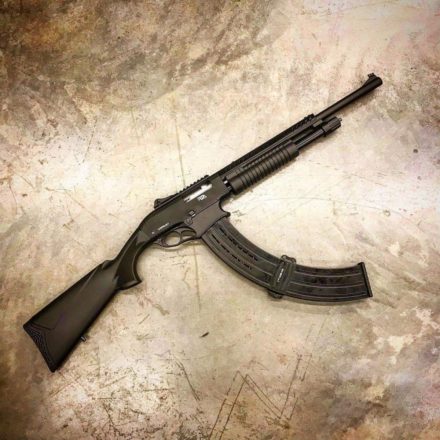 Several things, actually. First we have the problem of weight. Five round shotgun magazines come in at roughly 11 ounces, with twenty round mags often exceeding two pounds. This is before adding ammunition. Factor this in, increasing weight by 8 to 32 ounces using slugs or 00 buckshot, and now you're quite literally packing on the pounds. For reference, a loaded 30 round AR-15 magazine weighs right at 16 ounces.
Additional problems include difficulty stowing spare magazines, decreases in reliability, and more. Not to mention how long these magazines can be, destroying the trim profile of a traditional shotgun.
Personally, I consider box magazine shotguns more along the lines of competition or fun. All of my serious use shotguns use a traditional tube magazine, which is consistent with most militaries and law enforcement agencies worldwide.

We won't touch on less common action types here--break actions, bolt actions, and more. Those are niche firearms that can be pressed into service, but are far from ideal selections.

When someone thinks of a shotgun, they're either imagining a cowboy style double barrel, or the pump action. The pump action gets its name from how rounds are loaded and unloaded; a pump is cycled back and forth, to eject and load ammunition. Doing this creates the instantly recognizable "chu-chunk!" sound we've all heard in movies and TV. There's more to it than that, but this is putting it simply.
At first glance, it doesn't get more simple than this. Gun isn't loaded but needs to be, just pump the action. Gun is loaded but shouldn't be, just pump the action until empty. This simple movement ends up being the cause of most malfunctions in this type of shotgun. The culprit? Short-stroking. This is what it is called when the action is not fully cycled. Stoppages can include failures to eject the spent shell, failure to pick up a fresh round from the magazine, and failures to fire on a still-open action.
How do we rectify this? Easy! When cycling your gun, do it with authority. This thing is made for fighting, you're not going to hurt it. When bringing the pump back, do it with force, doing the same when returning it to the forward position. One smooth, quick, violent motion. 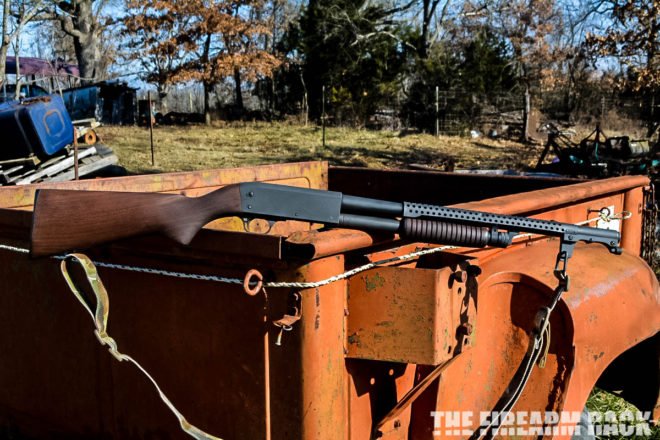 When looking to buy a pump action of your own, you'll soon find an overwhelming amount of options. Prices range from just below $200, to thousands upon thousands of dollars. Where do we begin? Sticking with a handful of brand names will help to cull the herd. Mossberg, Beretta, Benelli, FN, and Winchester are a good start. I've personally put over 1,000 rounds through my Mossberg Maverick, which cost me a paltry $190 brand new. It isn't the nicest gun, or easiest to accessorize, but it has served me well in classes and competitions. The Mossberg 590 enjoys one of the best reputations in the pump action world, and can be had for right around $500.

Semiautomatic shotguns have experienced a bit of a renaissance in the past few years. Previously they were regarded as expensive and unreliable, but this is not necessarily the case. Like a handgun or rifle, a semiauto shotgun fires one round with each press of the trigger. Instead of requiring the shooter to manually cycle rounds in and out of the action, the gun does it for you. This removes the main contributing factor to malfunctions found in pump action shotguns. There are two main ways that a semiauto functions, either using a gas or inertia based system.

Gas systems take high pressure gas from the fired round to cycle the action, ejecting and loading rounds. How this is done varies between manufacturers, but the idea is similar. This allows for gas systems to function reliably with a wide variety of ammunition while preventing excess recoil. Some models struggle with reliability without cleaning, but high quality guns can go hundreds of rounds without issue.

Inertia systems use the recoil produced by firing the gun to cycle the action. In simple terms, the recoil presses the gun rearward, which compresses springs and transfers energy to eject spent rounds and load new ones. This can result in higher felt recoil compared to a gas system. Reliability in dirty guns can potentially be superior due to the lack of gas ports that can become fouled. However, inertia systems can be sensitive to low powered ammunition, and changes in weight from attaching accessories like lights and spare shells. These factors can result in an improper recoil impulse, failing to produce the energy required for reliable functioning of the shotgun. This all varies based upon the make and model of the gun, but is something to be cognizant of.
Whatever system you go with, be sure to verify that your gun works with your chosen ammunition. Generally speaking, most semiauto guns are more reliable than people give them credit for, but never bet your life on an untested assumption. Surprisingly, my Benelli M2, a inertia gun, runs perfectly with reduced recoil birdshot, even after hundreds of rounds without cleaning or lubrication.
Prices are higher for a quality semiauto, usually starting around $700. Right now, the top of the line is undisputedly the Beretta 1301. Other solid options include the Benelli M2 and M4, and the FN SLP. Mossberg's 930 enjoys a mixed reputation, alongside the Remington 1100 and others.

As with everything else on the shotgun, we have a wide selection when it comes to how we aim the gun. From simple brass beads, [...]

Now that you've decided what action, bore size, and model of defensive shotgun you're using, it's time to outfit your gun. There are a variety [...]