My first stop during range day of SHOT 2019 was at the Colt booth. Some new 1911's were on display, but what caught my eye was their new revolver, the King Cobra .357 Magnum.

The King Cobra is an upscaled version of the .38 Special Cobra revolver that Colt released in 2017. This version comes with a 3" barrel, Colt branded Hogue rubber grips, and a front night sight with a trench rear. 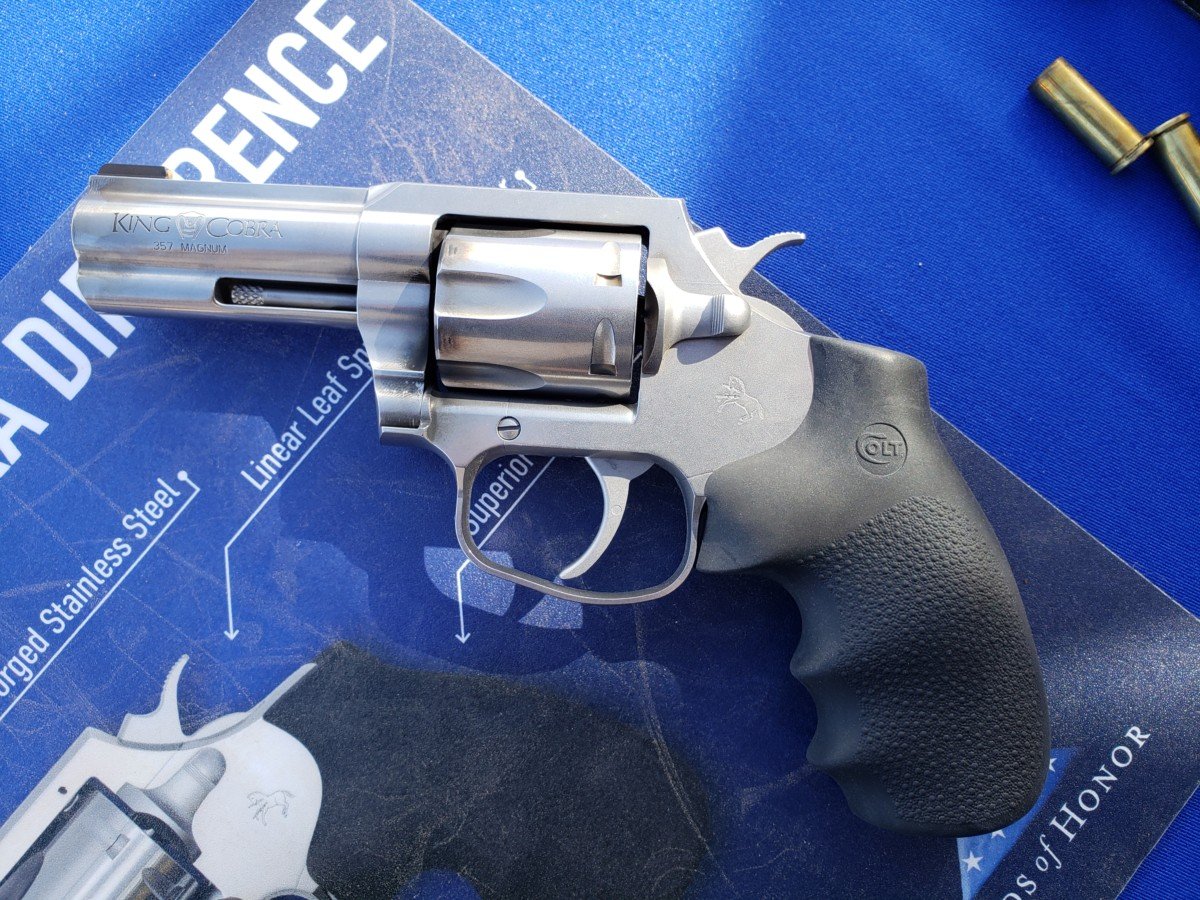 Firing a cylinder each of .38 Special and .357 Magnum loads, I had no issues controlling the Colt King Cobra. Recoil is kept tame from the Hogue grips, and 28oz weight. In standard Colt fashion, the King Cobra has a fantastic double action trigger, making even Smith & Wesson Performance Center revolvers feel like budget guns.

I experienced a single hiccup with the King Cobra when emptying the spent casings from my second cylinder. Upon striking the ejector rod with my support hand, the rod became stuck near the crane. I attempted to actuate the ejector rod repeatedly, with not luck; requiring me to press the star back through the cylinder. Attempts to repeat this failed to produce further issues. 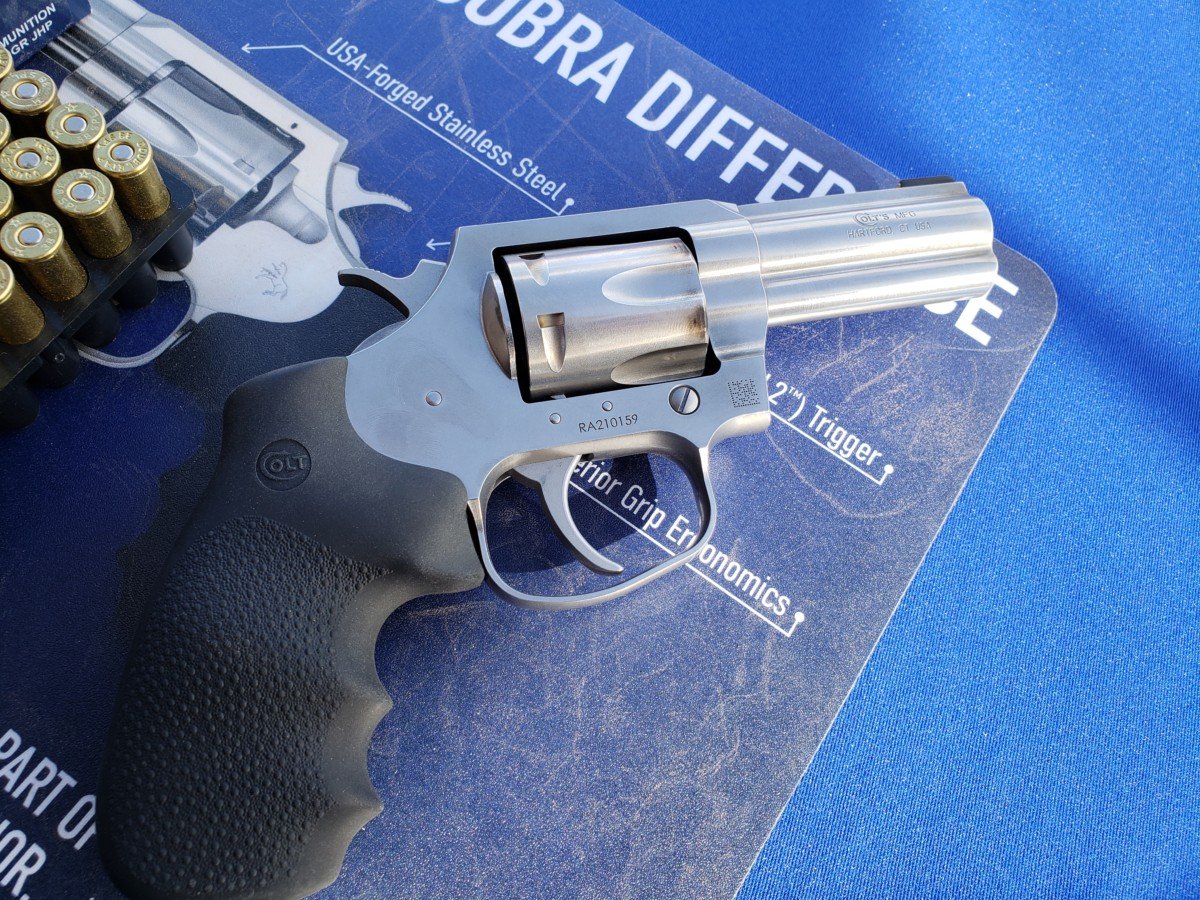 The Colt King Cobra retails for $899, putting it on even footing with the Kimber K6 series of revolvers. Both feature all steel construction, six round capacities, and excellent triggers. Colt's superior track record seems to give the King Cobra a slight edge, although further testing will be required as the guns move into the hands of consumers.