Today marks the twenty-fifth anniversary of the Battle of Mogadishu, otherwise known as Black Hawk Down. Soon after this battle, Operation Gothic Serpent, the US-SOF venture to capture Somali warlord Aidid, would end. The legacy of the events led to a best-selling book, a blockbuster film, and many video games.

Nineteen Americans lost their lives during the events of Operation Gothic Serpent. Two Medal of Honors, and numerous Silver and Bronze Stars were awarded. Some of the valiant men who fought in the battle are prominent personalities in the gun community now, such as Paul Howe and Kyle Lamb, just to name two. 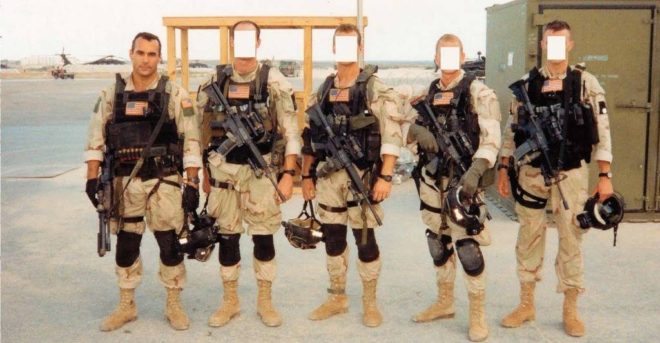 Extreme bravery was exerted during the fighting in Mogadishu, and people won't ever forget about it. What does a video game that is merely based on these events have to do with real life?

DF:BHD was developed by NovaLogic, a studio known mainly for flight simulators, and military shooters. DF:BHD is the sixth game in the Delta Force series, one that was quite popular for the "tactical" gameplay, and the multiplayer battles. The game was released on PC in 2003, to relatively positive reviews.

The gameplay of DF:BHD is quite dated by 2018 standards, with many elements that are no longer in vogue, such as health packs, leaning, and a lack of a checkpoint system. This game is hard. Enemies go down in one or two hits, but so do you. The game has a quicksave system, that if not used, will lead to much frustration. The guns are somewhat rough looking, but for 2003, they look pretty good. The game sports stellar sound design, and a fantastic soundtrack.

The campaign of the game runs from February of 1993, up to the events of the Battle of Mogadishu, and to a fictional black operation to assassinate Aidid in 1996. I haven't played the multiplayer for DF:BHD in over ten years, so I can't speak to the quality of that element. The campaign is a blast, once you get a hang of the steep difficulty curve. There are on-rails vehicle segments, but most of the game is boots-on-the-ground gameplay.

The game has been out for fifteen years, and runs on pretty much any computer, so give it a try at some point. All you have to lose is five bucks, and some time.

Why Delta Force: Black Hawk Down Is Important To Me

I received my copy of the game when I was quite young. I have fond memories of trying to beat certain levels, and playing huge multiplayer maps. However, this is not what's that important to me. The game got me to put time into learning about the history, the background, the events, and the aftermath of Operation Gothic Serpent, and the Battle of Mogadishu.

On this twenty-fifth anniversary of the Battle of Mogadishu, I'm thinking about the past. What went wrong, what went right, and how these events have shaped our reality. Delta Force: Black Hawk Down was the catalyst for my desire to learn more, and I'm thankful for that.