If you have spent any time looking at aftermarket handguards for the AR-15 you know there is a dizzying amount of options out there. Strike Industries sent me one of their new offerings to take a closer look at. like many of you, I still have a rifle with a front sight post that I refuse to upgrade. Mine just happens to be a Mk18 upper for my SBR. Without further ado, let's take a look at the Strike Industries Viper Handguards.

The handguards arrived well presented as I have come to expect with Strike products in a nicely printed box. 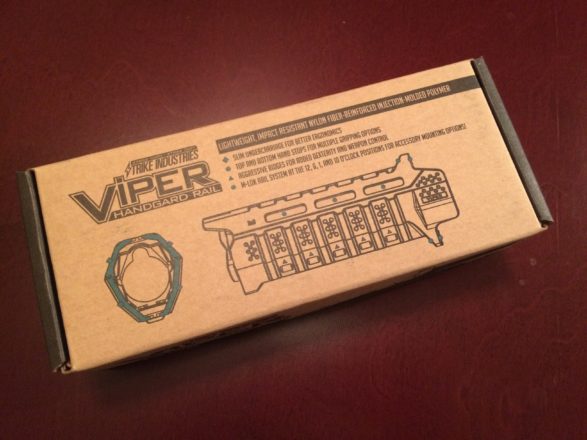 After opening the box I was surprised by the amount of care that Strike used with something as simple as sub $30 handguards. They not only were carefully wrapped in bubble wrap, but Strike included some really easy to follow pictograph instructions on the inside of the box lid. Most of us know how to install some handguards, but I am glad that Strike had the forethought to include newer gun owners that might not have that knowledge. 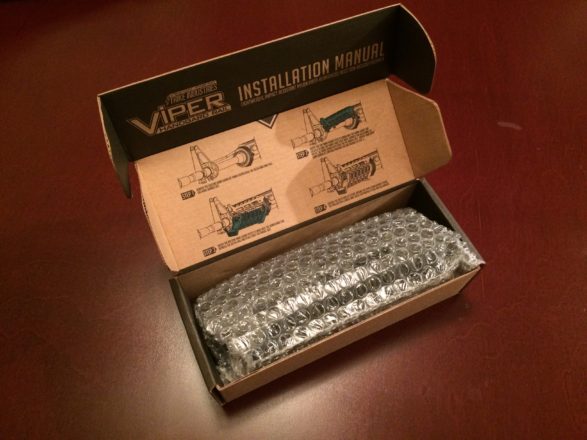 After pulling the handguards out of the bubble wrap I found that the halves were molded from thick nylon reinforced polymer. They felt very substantial in my hands, much more so than the standard “mil-spec” variety found on most rifles in stock form. You can see on the top portion of the handguard Strike included M-Lok slots so you can customize the rifle as you like. The bottom also has a row of M-LOK slots. 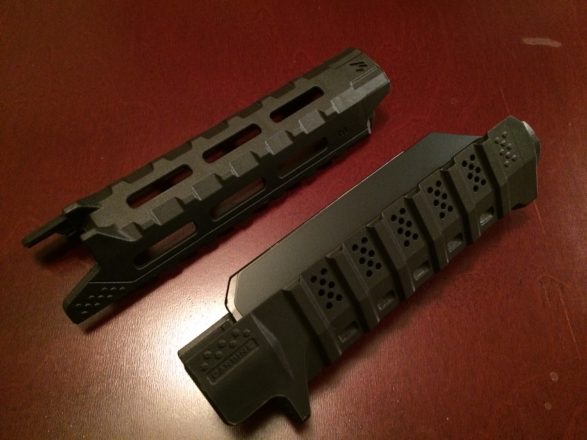 Taking a look at the inside of the handguards you can see the heat shielding on the lower half of the handguard, it is available in both black and red. The colored part is more easily seen in the photo above. While the red provides a nice contrast, I am not personally a fan of it. I would have preferred to see an OD green or even a tan color option before red, but that is just my humble opinion. 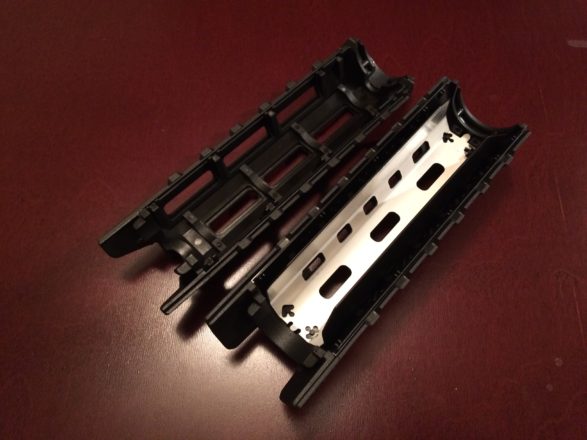 Where other two piece handguards give a bit between the halves, the Strike Industries Viper Handguards lock together giving them a very monolithic feel. 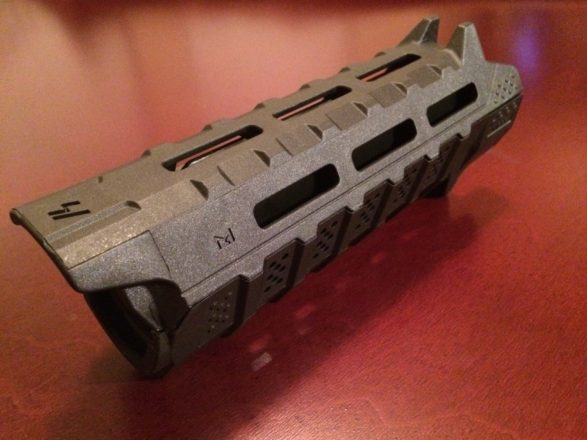 I threw the handguards on my test mule SBR and got to work. I have to admit, Strike did a wonderful job with the Viper handguards. They were really comfortable and added a bit more real estate for me to grasp when shooting. You can see here the shelf that Strike added to cover the gas block, it makes a rather convenient thumb rest if I say so myself. 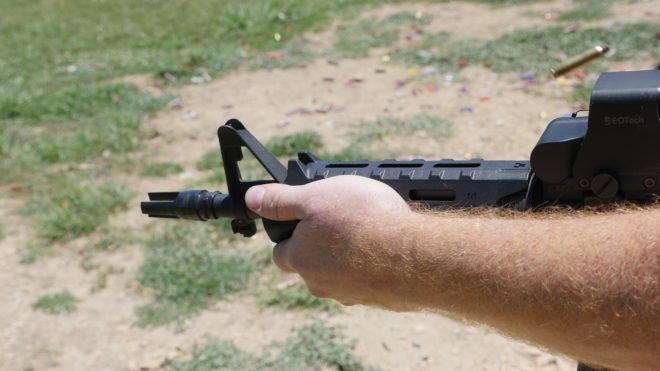 I handed the rifle off to Alex C. to get his impression. He seemed pleased with the handguards and tried to talk me out of them at the end of the day. Nice try, but no cigar. 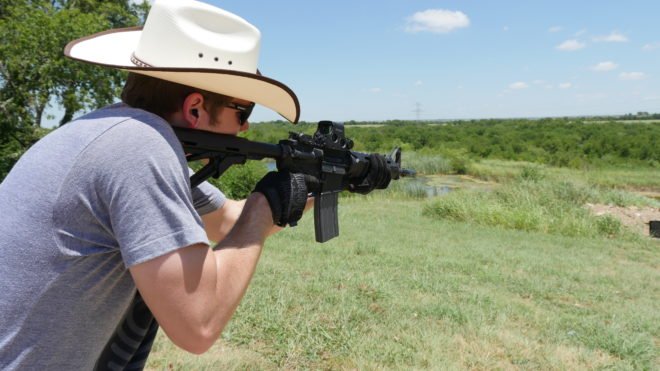 Here you can really get a sense of how the handguards are shaped. You can also see the M-LOK slots in the top half of the handguard. The handguard also has M-LOK slots along the bottom to allow you to attach whatever grips you might desire. I like that the handguards offer as much customizability as they do at the sub $30 price point. 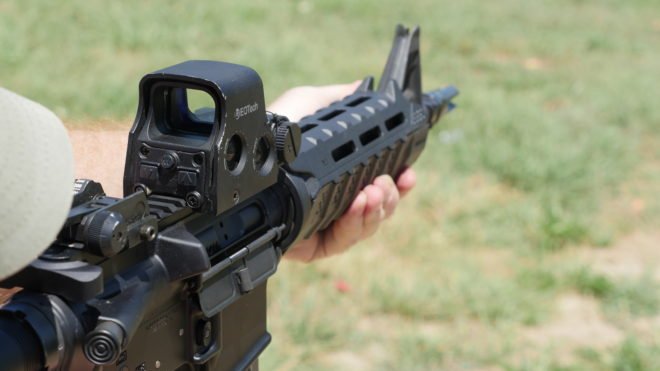 I mentioned the thumb shelf earlier, while it protects the thumb when shooting from a thumb over bore grip the handguard cap is still exposed in order to allow you to use the front sling swivel. Take caution because it isn’t hard to burn your finger if you get too aggressive with your support hand grip. 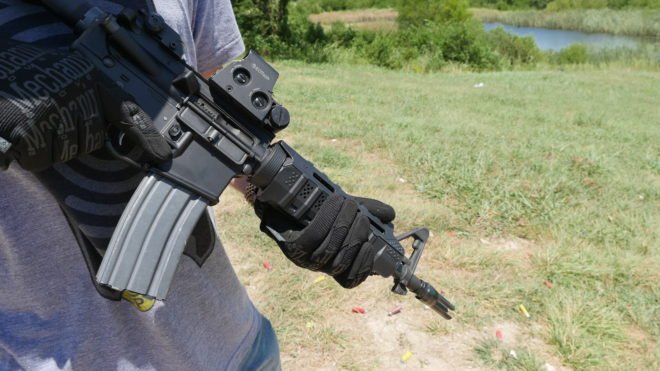 Something I also really liked about the handguards is the included finger stop at the front of the bottom portion. 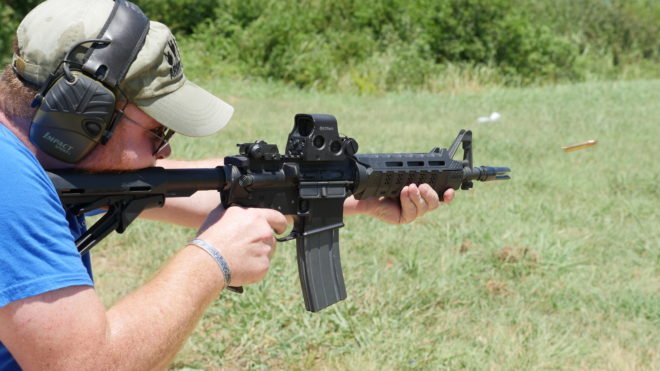 I have to admit, I think I am in danger of people assuming I am a Strike fanboy, but the reality is they just produce solid and innovative products. At an MSRP of only $27.95, they are nothing short of a bargain when considering what you get out of them. Even though there are a thousand and one carbine handguard replacement on the market, when looking for a replacement for your rifle you should take a hard look at the Viper handguards from Strike industries. I have no doubt that you will be impressed as I was.

You can learn more about the Viper Handguards on Strike Industries website here.

This post originally was run on The Firearm Blog - http://www.thefirearmblog.com/blog/2015/07/27/review-strike-industries-viper-handguards/