I’ve known the Knights name for some time now but haven’t really paid much attention to their rifles. I’ve been shooting the AR15 platform rifle since 2008 and usually had some sort of variant over the years. Whether it was a Bushmaster, Aero Precision, Smith & Wesson M&P Sport II or some sort of parts gun that I threw together. I’ve usually had what most call a budget AR15 over the years and in the spring of 2018,I decided to go all out.

Why the Knights Armament SR-15

I looked at PWS, LMT, Lantac Raven, ADM UIC, KAC, LWRC, and a few others. What mattered to me was reliability, durability, functionality, and pedigree. I quickly narrowed my choices down to the LMT MWS or the KAC SR-15. Both of these rifles checked most of the boxes on my priority list. I ultimately chose the SR-15 because of the changes that they’ve made to improve the old design. Changes like the proprietary E3 bolt, proprietary gas system, and proprietary barrel make the SR-15 stand above all in terms of durability and reliability. It’s well known in the high-end AR15 market that the SR15/16 rifle can go 20,000 plus rounds without cleaning. Doing this with minimal issues, just keep throwing some lube at it and you’re good to go. 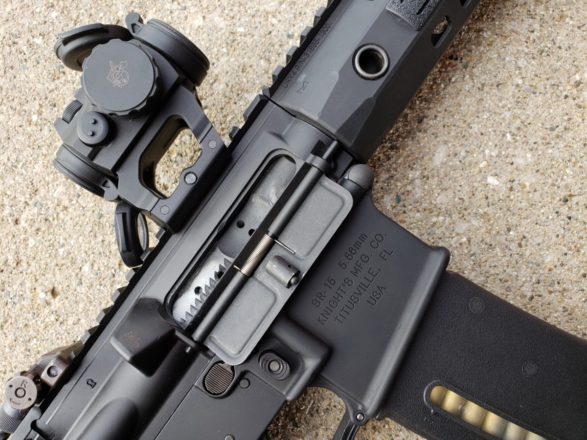 My upper is a 14.5” barrel that has a Surefire three prong pinned and welded to it using the URX4 rail. The SR-15 lower I purchased is an IWS lower that features the LMT SOPMOD stock and Milspec A2 grip. The A2 grip was taken off and replaced it with a Magpul MIAD as soon as I got it. I bought the upper and lower separate, so I didn’t have to file a tax stamp for the complete rifle. I wanted the SOPMOD stock instead of the Magpul MOE stock so the IWS made sense. As soon as the upper receiver showed up, I threw it on a registered SBR lower and set out to function test it. I’m glad I did too because I had issues with the upper right from the get-go.

The Dude's Note: A folding adaptor like this LAW Tactical folder would really bring the rifle together.

Issues with the SR-15 Before 1st Shot

When I let go of the rifle the QD swivel popped right out of the URX4 QD socket. I tried 3 QD swivels, BCM, Blue Force Gear, some unknown brand and all of them would pop right out. It wasn’t just one of the QD sockets either, it was both in the URX4 MLOK rail. I emailed Knights and they asked me some troubleshooting questions to narrow down the issue. Questions like what brands of QD swivels I had tried and if I had done any modifications to the rail. I explained that I tried three brands of QD swivels that I had laying around and that I had just bought the upper. They gave me a shipping label to send it back to them. Two weeks later my upper shows back up to my door and the QD sockets now work with my QD swivels.

I loaded up a thirty-round mag with Federal XM193, took aim and started to send rounds down range. The first thing I notice while sitting at the bench is the recoil of this rifle or the lack of. The muzzle didn’t seem to jump up at me as most AR15’s had done in the past. Over the course of 5 months, I pounded over 2,000 rounds through my SR-15 using all types of brass cased ammo I can get my hands on. Full auto, suppressed mag dumps, some lube, no lube and sometimes full auto with a suppressor. The one thing that really blew me away was shooting the SR-15 full auto suppressed. Not once did I get gas back in my eyes or show signs of being over gassed. It appeared as if the rifle thrived being shot in full auto while being suppressed. Perfectly gassed while suppressed and unsuppressed while retaining almost zero muzzle rise is what you get with the SR-15.

I absolutely love the stock trigger that the SR-15 comes with from the factory. When I looked at reviews of the SR-15 a lot of people said that the trigger should be replaced ASAP. I don't find the trigger to be as bad as people said it was with SR-15 being made. The 4.5lb two stage trigger made me think of a Geissele right from the first pull of the trigger. As I pull the trigger I noticed very little resistance and then hit the wall of the second stage. When the second stage broke it felt like glass snapping on the tip of my finger. The reset of the trigger was also very smooth and noticeable and the entire experience starts all over. So before you take the trigger out and replace it with your brand, give it a try and you might just be surprised.

Final Thoughts on the SR-15

The SR-15 surpassed all the expectations that I thought I had for an AR15 type of rifle. The unparalleled reliability makes me never doubt if it will stop working on me. The amazing tried and trued durability of this rifle reassures me that in a time of need it will not falter. The functionality of the SR-15 makes sense for the casual shooter all the way to the duty rifle of an agency officer. The pedigree that follows the Knights Armament Co. name is cemented by the Knights family, Eugene Stoner, and employees. Knights Armament Co. looked to improve the AR15 platform and smashed it out of the ballpark with the SR-15 E3 Mod-2 series of rifles. I truly think the SR-15 rifle is the best you can get in the over-saturated AR15 market. 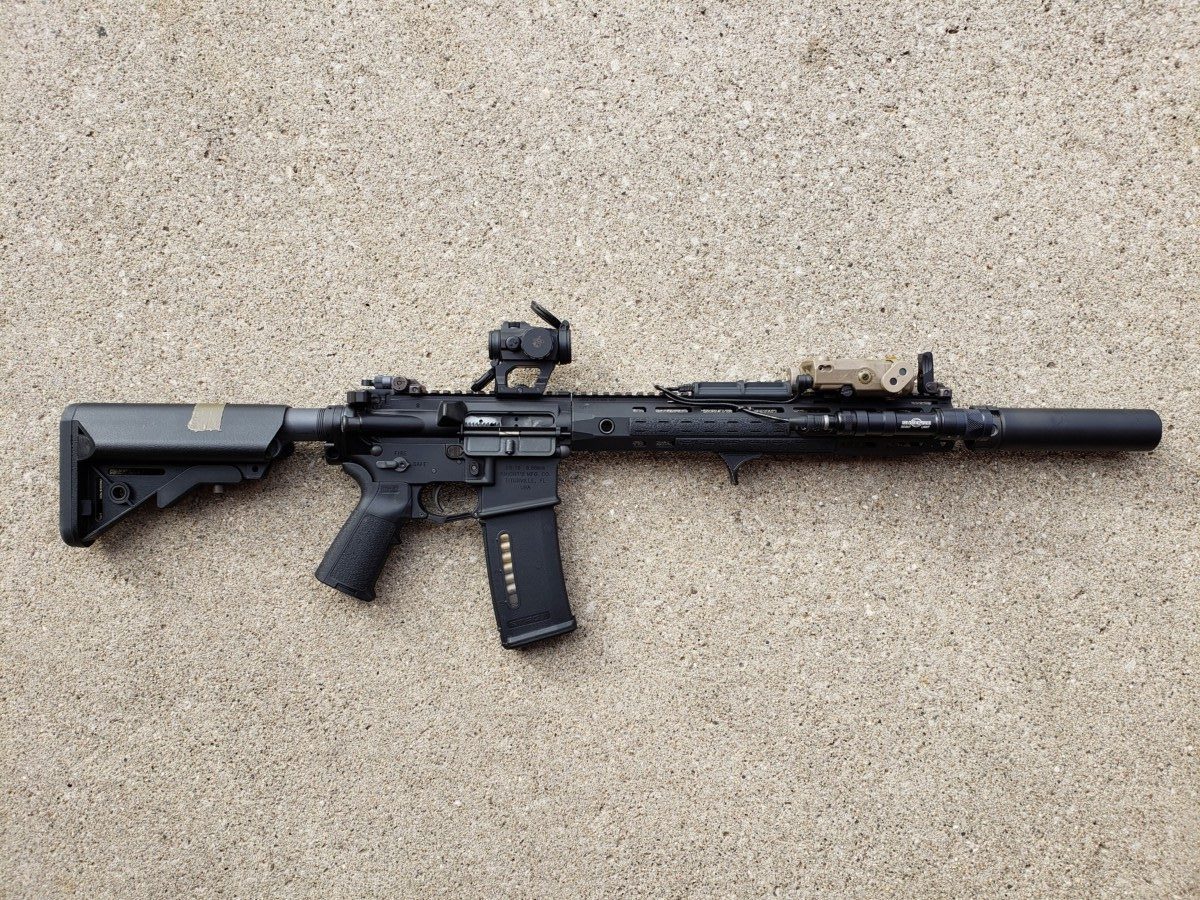