When I received the M-10 red dot from Northtac, they also sent me their MM3 magnifier. These two optics are often sold as a bundle, hence them being sent in tandem to me. How did it perform as an entry level magnifier?

What is the Northtac MM3?

The MM3 is Northtac's sole magnifier, as of time of writing. It is a simple three times magnification optic, with a flip-to-side mount. It's not very big, at three inches tall, and three inches wide, and comes in at 10.3 ounces on my scale. The entire optic body is aluminum, without a rubber cover. Eye relief is advertised at 2.75", which is pretty short, but that's the norm for magnifiers. Price from Northtac comes in at $210, and the optic ships in a hard case, so that it arrives alive. The MM3 is made overseas in Asia, in one of Northtac's production facilities.

If you are remotely familiar with magnifiers, the MM3 will be fairly simple to use. What are the features of the MM3?

Features of the MM3

The MM3 is a fairly straightforward optic, at least for the controls.

With magnifiers, they are not zeroed, but are rather centered behind the optic in front of it. On the MM3, the adjustments are two knobs, one on top, and the other on the side. They have nice texturing, and are not too loose, and not too tight to twist. My EOTech G33 has much looser (and worse knobs), so this was a pleasant surprise. You can tighten or loosen the adjustments too, using an Alan key. The MM3 also has adjustable focus, using the knurled adjustment at the rear of the optic.

The MM3's mount is a simple 1913 clamp. It is non-QD, and uses a coiled flat spring under the locking bolt to help provide tension on your rail. Mounting the MM3 is simple enough, and I recommend a dab of loctite on the threads of the bolt, for added security. There is also a small tightening screw on the undercarriage, which adjusts tension to the flip-to-side function.

On the mounting bracket, it should look pretty familiar to anyone who has used the G33. An indexing point centers the optic on the mount, and two screws clamp the mount to the optic. With the OEM mount, the MM3 is at lower 1/3rd co-witness height. The mount gets to lower 1/3rd height without a spacer piece, which tickles me. I always like less complexity when possible. 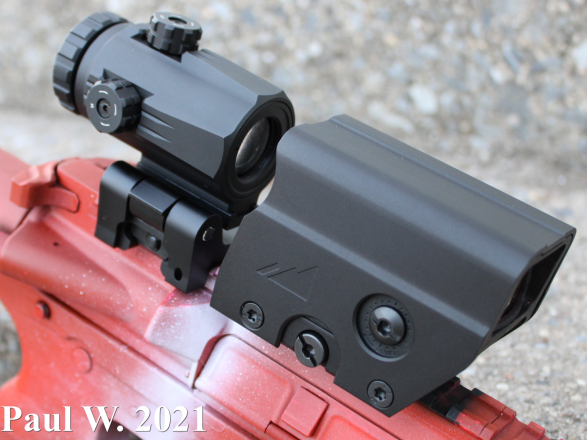 Mounting the MM3 was very simple. Just index it on the rail, and tighten. During the testing period, I used the aforementioned M-10, and one of my Aimpoint T-1s. The M-10 has a built in lower 1/3rd mount, and my T-1 was mounted to a Reptilla lower 1/3rd mount.

Centering the magnifier behind my red dot was extremely easy. I've yet to have a magnifier that was hard to center, and the process only takes a handful of minutes to do.

I fired just under 1200 rounds of 5.56 through my testbed gun, with the MM3 attached. It did not break, or suffer any sort of failures during the testing period. There was a lot that I liked, and some elements that I did not get so hot about.

The Good, The Bad, and The (Not) Ugly

The shocking thing about the MM3 is the optical glass clarity. I've used a fair share of Chinese magnifiers, and most have mediocre glass at best. After my Holosun HM3X experience a few years back, I avoided a lot of non-US/Swedish magnifiers. However, the glass clarity here is better than any of the other budget magnifiers that I have used. On my example optic, there is no discoloration or tint, and there are no imperfections or defects in the glass.

The eyebox and eye relief are certainly tight. Scope shadowing is less bad than the HM3X, and the eye box range is similar to the budget Aimpoint 3X-C, albeit, a little smaller. This is to be expected, especially with a little bit smaller magnifier. The focus adjustment worked well, and I've got no complaints there.

Field of view on the MM3 is pretty good. Northac doesn't list it in their literature, but it feels pretty comparable to the Aimpoint 3X-C. 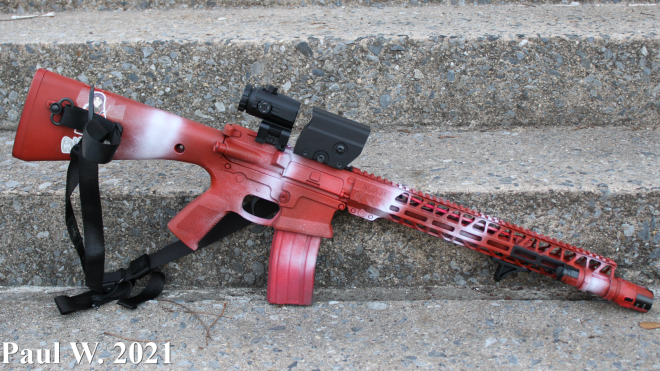 For what I don't like, the list is short for the optic, and long for the mount. With the magnifier itself, I don't like how large the adjustment turrets are. They are large enough to get caught on gear, and are easy to bump and cause accidental adjustments. The turrets are fairly tight, but I'd like to see them shaved down a bit.

Now, the mount. Much like a lot of budget optics, the mount sucks. I will give credit though, as foregoing a QD has made the mount sturdier than Holosun's magnifier. However, the detents for the flip-to-side are way, way too weak. A good shake of the gun would cause the optic to fold out to the side. The tightening screw beneath the mount also did nearly nothing, and was tightened all of the way throughout the testing period. The mount doesn't feel flimsy, however the detents certainly need some beefing up.

My gripes with the MM3 are important, but the key takeaway is that the magnifier itself is good. What would I do to improve the optic?

How I'd Change the MM3

My changes and modifications of the MM3 should seem pretty straightforward:

Let's discuss my changes. The shortening of the turrets should be pretty straightforward. I like having hand-adjustable turrets, but they could be half as tall and still be plenty usable. In addition, a rubber cover for the magnifier would be a nice addition. Both Aimpoint and EOTech have covers as standard on their magnifiers, and these function to both protect the optic, and provide more grip when shifting the magnifier around.

For my mount changes, they are again, quite simple. I'd like to see the detent beefed up in the flip-to-side function. With your magnifier, it should take a deliberate push to move it in and out of line of your red dot. As the MM3 currently is, I can shake my rifle and have the magnifier flip about.

With that, comes the final point. I'd like to see Northtac offer the magnifier as a separate SKU product, without the mount. Why? Well, because the MM3 can use EOTech G23/33/43 footprint mounts.

I had my suspicions that the MM3 would work with EOTech mounts, and I was not let down. The footprint used for the MM3 is the same as what EOTech has used for the last 3 generations of magnifiers. This means that you should be able to use the MM3 with nearly any EOTech mount. I say nearly, as it didn't work on my Unity FAST, but most normal flip-to-side mounts should be good. I'd like to see the MM3 sold without a mount, which would drop price a little, and allow the end user to correct the biggest weakness of the optic.

The MM3 surpassed my expectations. After using prior Chinese magnifiers, I expected poor glass quality, and mediocre parts. However, I was pleasantly surprised. The mount isn't great, but the heart of the optic, the glass, is excellent. I certainly like this magnifier more than the Holosun I reviewed, and this is a solid contender for my favorite entry level magnifier. 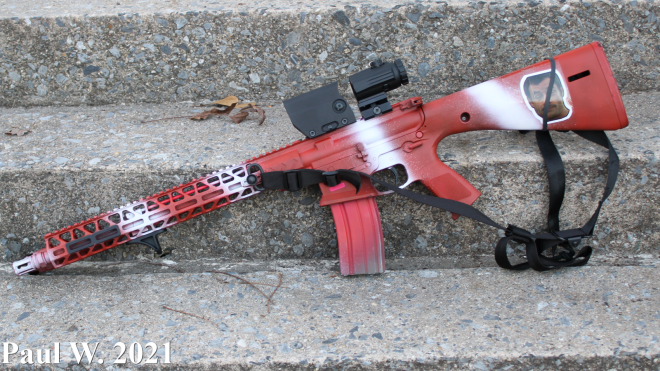 Thanks to Austin (Vintage Warfare) for sending the initial T&E optic, and to Alex for being my contact within Northtac.