If you have spent any time shooting a suppressed AR-15, you know what gas face is. For those of you that haven’t run into this uncomfortable phenomenon, gas face is caused by the excessive blowback you experience when shooting suppressed. There is a number of charging handles on the market with the aim of helping defeat gas face, but nothing really does the trick. Radian feels they have the solution with the Raptor SD ported charging handle.

Note: The Radian Raptor SD was previously known as the AXTS Freedom Bone.

Where To Find The Radian Raptor SD For Sale

The Raptor SD is retail packaged, ready to be hung on a peg in your local gun store. The specs on the charging handle are pretty solid, made from 7075 aluminum with a mil-spec type III anodization it should be able to take a pretty serious beating. 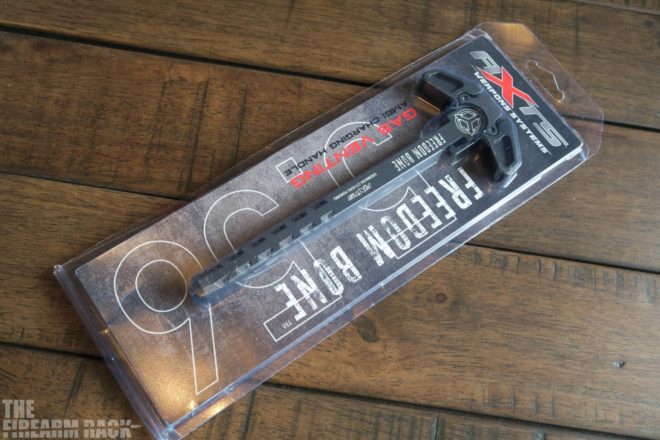 Radian uses the ambi latch mechanism that they use on the well proven Raptor charging handle. The latch appears rather bombproof at a glance. I didn’t take it apart to see how it works since the Raptor has proven to be a reliable option. When you pull on the left side of the latch, it only moves that “wing” where if you grab the right side and give it a pull it moves both sides. 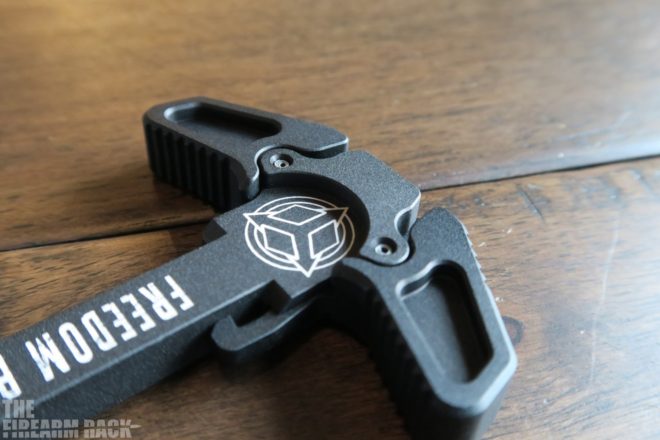 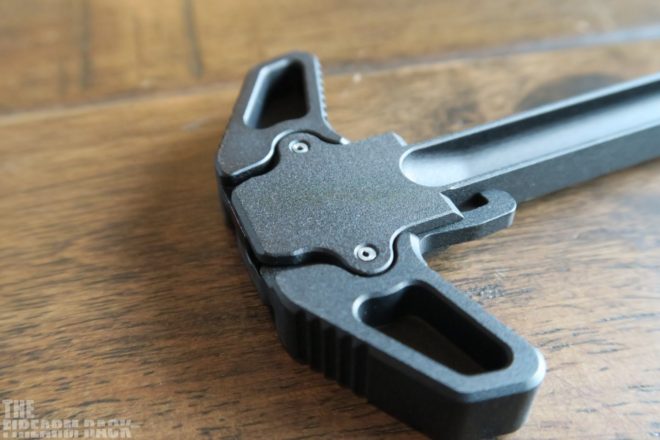 The Raptor SD’s ported shaft is designed so that excess gas is redirected away from the shooter’s face when shooting suppressed. 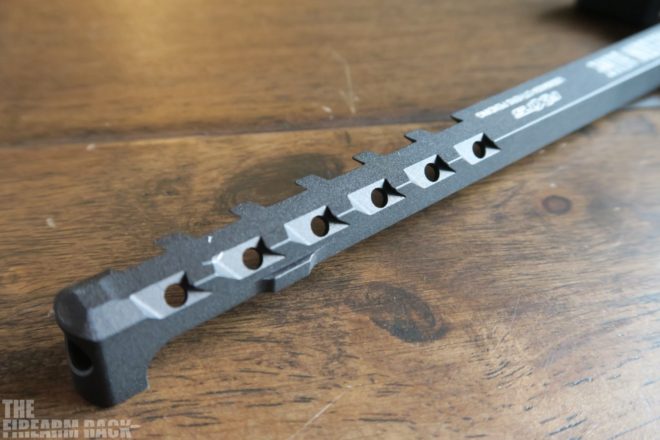 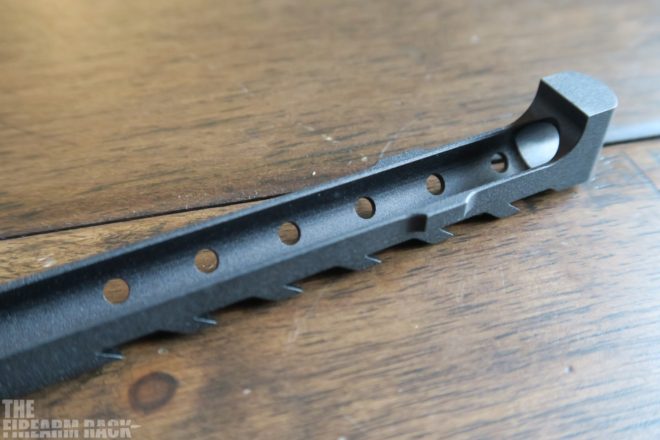 Installed in the rifle, the Raptor SD looks right at home. As previously stated when you pull on the left side of the lever only the latch moves, pulling on the right side will release the latch and move both wings in unison. 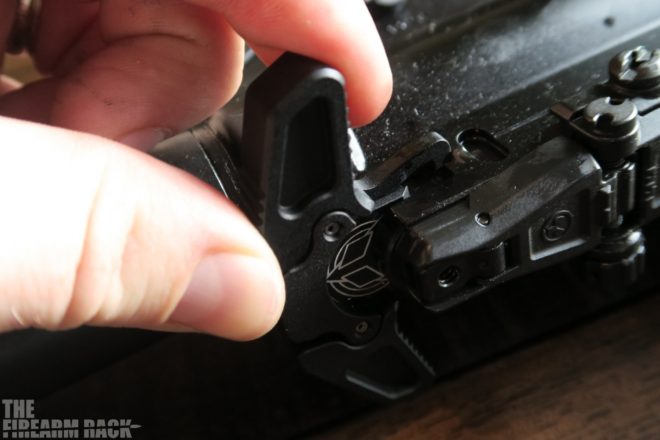 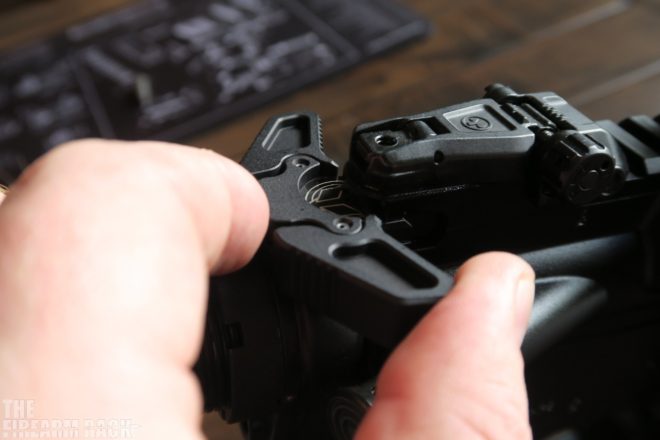 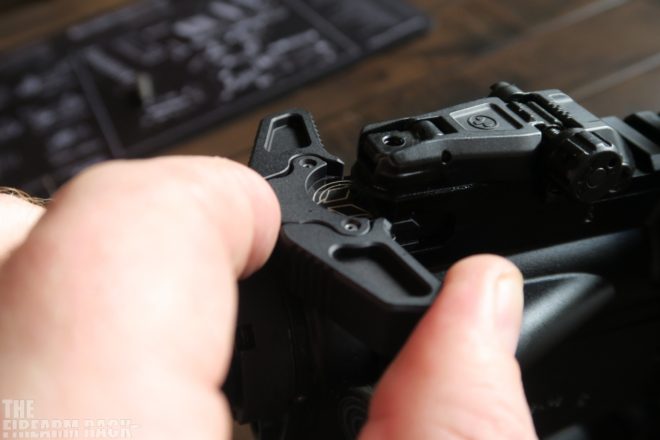 The only pick I have so far is that Radian used some pretty large levers on the Raptor SD, I would really like to see a smaller version made that is less likely to be inadvertently pulled if you were to use the rifle in a tight environment. 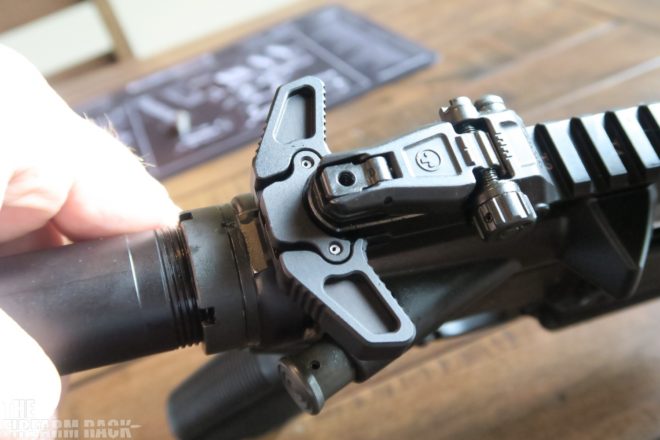 Shooting With The Raptor SD

Out at the range, I ran the Radian through the ringer while testing the Talon safety that they sent. Charging the rifle both using my normal method as well as with the right side of the charging handle proved to be effortless. The wings of the charging handle move without much effort yet still have enough spring pressure to keep the handle in place. 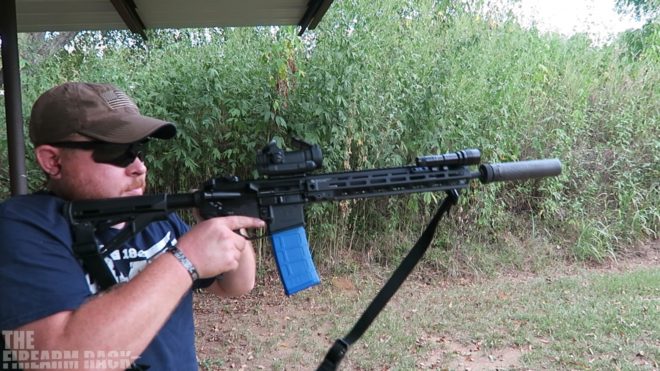 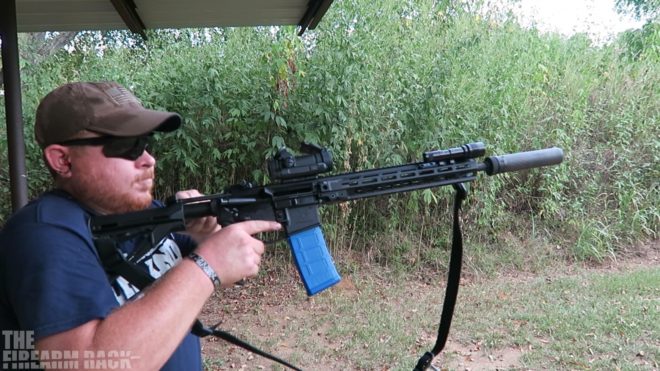 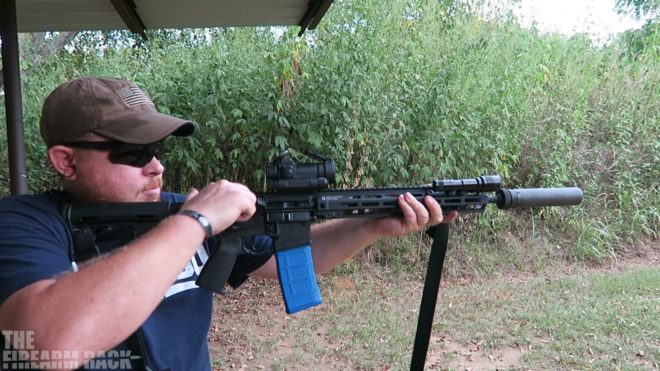 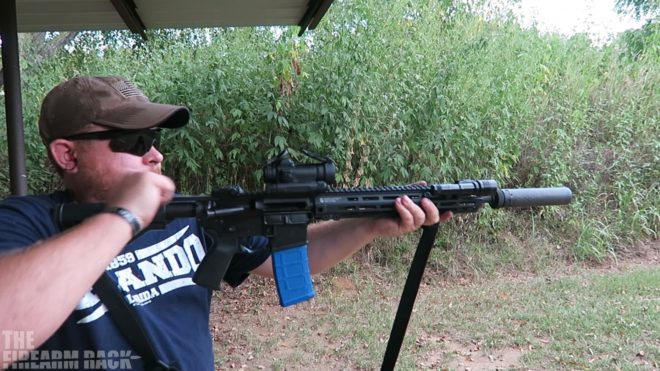 The real question was did the charging handle divert enough gas to make a difference. The photos below are a pretty good illustration of how much gas makes its way out the ejection port instead of directly into my face. Look just past the Aimpoint to see the cloud of gasses shooting out from the rifle.

Normally I run a BCM Gunfighter handle on my rifles that does a pretty good job, better than the PRI Gasbuster I have used on the same rifle. The Radian charging handle did a much better job of keeping the gasses in check than any charging handle I have used to date. Normally after dumping 15-30 rounds, I start to choke on the gasses a bit, I didn’t experience hardly any discomfort at all with the Raptor SD. 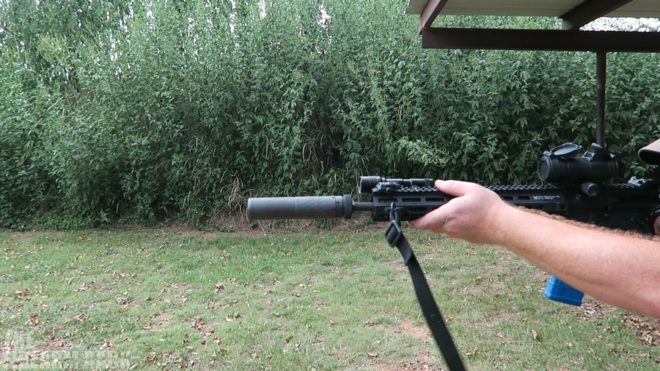 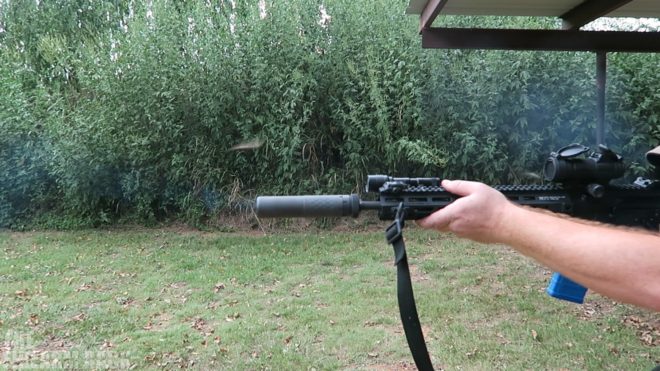 As far as I am concerned, the Radian Raptor SD charging handle is the best option for shooters that keep their suppressor on their rifle most of the time. Even with an MSRP of $109.95, I feel it is well worth the money spent just for the comfort factor. The outstanding build quality and solid feel of the charging handle are just icing on the cake.

You can learn more about the Radian Raptor SD by clicking HERE to visit their website or you can click HERE to check out the Raptor SD combo pack that includes one of their outstanding Talon safeties. The Raptor SD is currently available only for the AR-15, there may be plans to offer it for .308 rifles in the future.