The Strike One pistol is not being imported by IFC. A few days ago I got an email from Sooner State Arsenal, the retail arm of the importer, stating that the pistol is being closed out with a dramatic drop in price from the $823 MSRP at the time I tested it down to $699 on clearance right now. I contacted International Firearms Corporation (IFC) and Sooner State Arsenal’s owner Tony Mussatto for comment and was met with a firm “no comment”, I received the same no comment response from Sooner State’s sales manager. 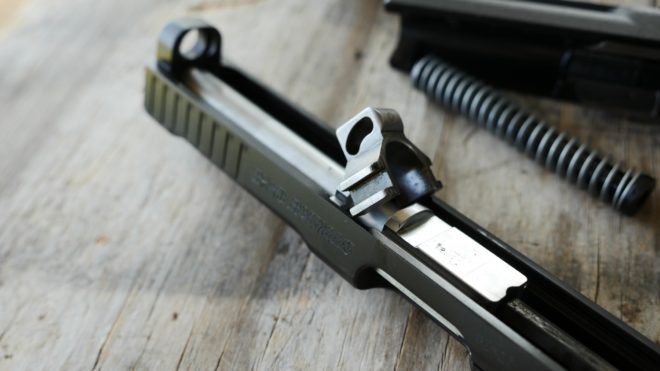 The Strike One uses the unique Bergmann locking system to keep the barrel as low as possible.

I really liked the pistol when I reviewed it last year, you can take a look at that review here, and am pretty disappointed that the gun is not being imported. Prime Manufacturing Group is picking the design up and bringing it to market as the full-size Stryk A and the compact Stryk B. The latest news as to when we will see the new gun on the market is the third quarter of 2016. The only guns I saw at SHOT Show were shooting prototypes, but there is no indication what the production model will look like. I am really hoping to see the gun on the market later this year and I will be one of the first ones to place an order for the compact and maybe the full size as well. 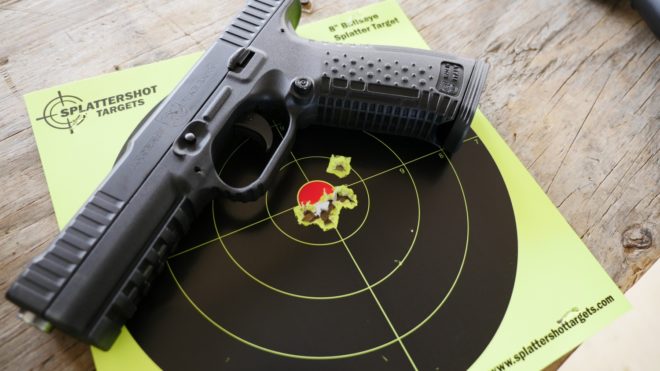 I also reached out to Arsenal Firearm’s owner Dimitry Streshinsky for comment about the pistols being cleared out by Sooner State. Dimitry was glad to comment about the current state of the Strike design and stated that the Strike One is still in production in Italy and will still be offered for sale if there is enough demand for the classic Strike One. He also said that the importation contract with IFC was canceled due to an unknown breach of that contract. When asked about what breach of contract there might have been Dimitry did not go into further detail. He also informed me that he is seeking to add a production line of the Arsenal Firearms line up in Germany with the ultimate goal to have the Strike design produced in the US as well. Dimitry also stated that in a couple months time we should be seeing some rifles from Arsenal Firearms and the Stryk A and B are on schedule to be released the third quarter of 2016. 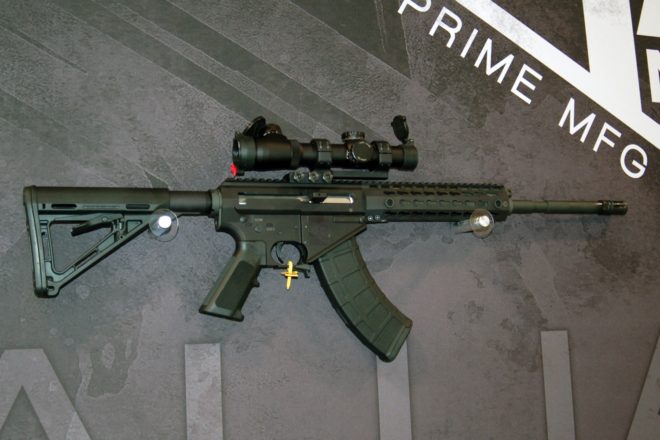 I reached out to Prime Manufacturing Group and Salient and have not received any comment as of this time.

I have edited the article to correct a misquote, the Strike one will continue to be produced in Italy and Arsenal Firearms is seeking to add a second production line in Germany. – Patrick R.

This post originally was run on The Firearm Blog - http://www.thefirearmblog.com/blog/2016/05/02/strike-one-no-longer-imported-ifc/