Not long ago I reviewed the classic CZ75b and in that review, I kind of balked at the $43 dollar price tag attached to the factory replacement magazines. Mec-Gar Magazines had a solution to my plight. They reached out to Phil and sent some of their Mec-Gar CZ75 and 92FS magazines along with a couple of their plus 2 magazine extensions.

Mec-Gar sent out both the flat baseplate mags and the factory plus two magazines in nicely retail packaged boxes. 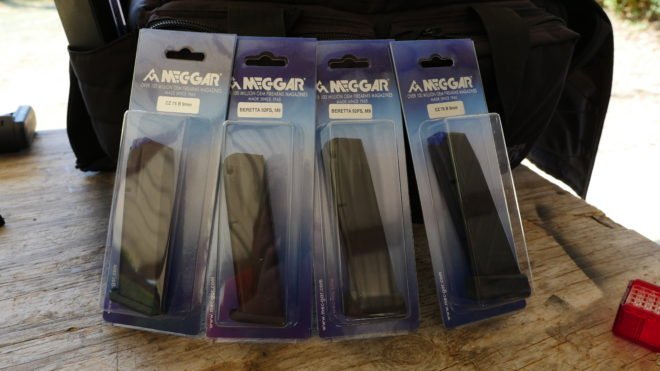 I pulled the CZ75 mags out of the packages first. The flat baseplate mag has a capacity of 17 rounds, one more than the factory CZ mag. The plus two mag allows you to pack almost a whole box of hollow points into one magazine with its 19 round capacity. The anti-friction coating on the magazine body looks quite nice and did its job well. 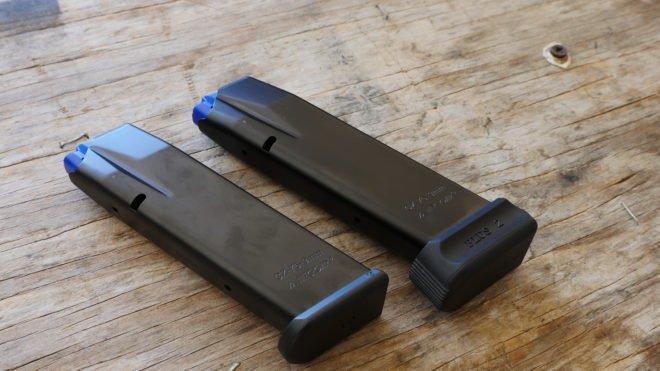 When I compared the flat baseplate mag to the factory mag the build quality of the Mec-Gar mag was every bit as good as the factory mag, maybe even better. 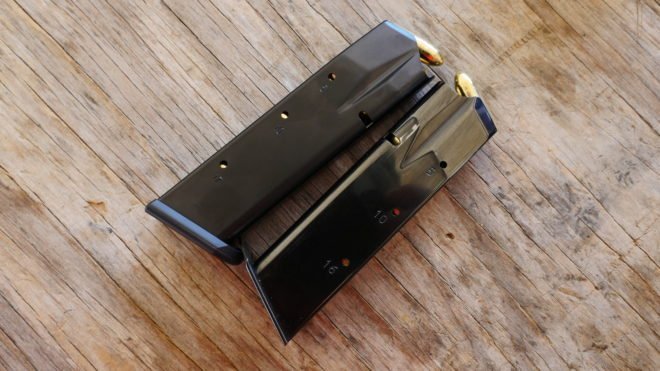 I slid the factory mag into the gun to get a sense of how the Meg-Gar mags fit in comparison to the factory 16 rounder. 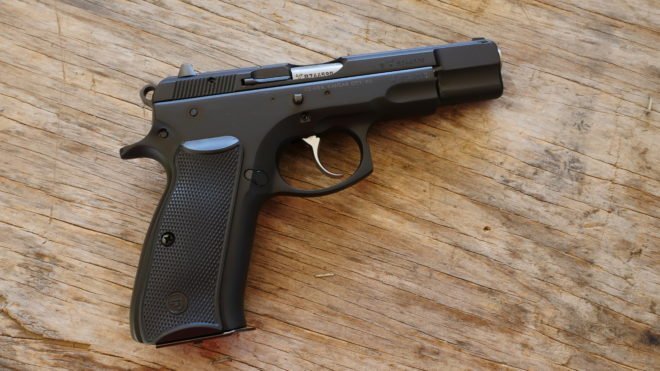 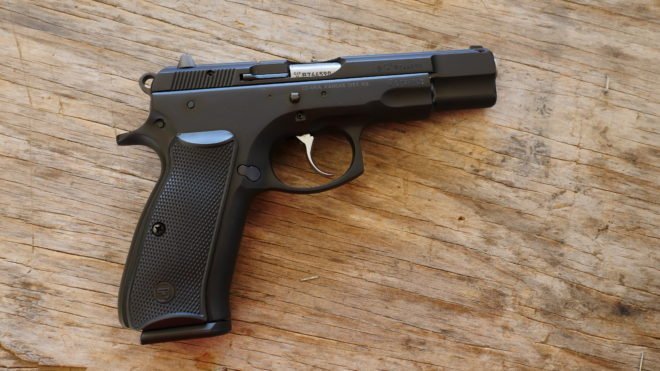 The other mag that Mec-Gar sent me for my CZ75 was the 19 round magazine with the plus 2 extensions on it from the factory. It adds about 5/8 an inch to the bottom of the gun in trade for the additional capacity. It wouldn’t be my first choice for a primary magazine, but it makes a spectacular spare magazine. 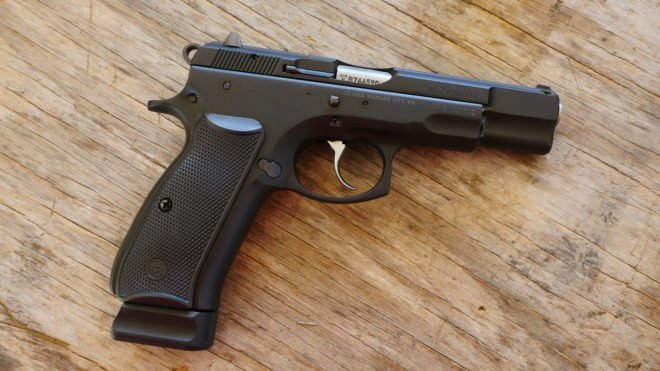 I loaded the mags up to their respective capacities and got ready to hit the range with the 17 round and 19 round magazines to test function in my pistol. 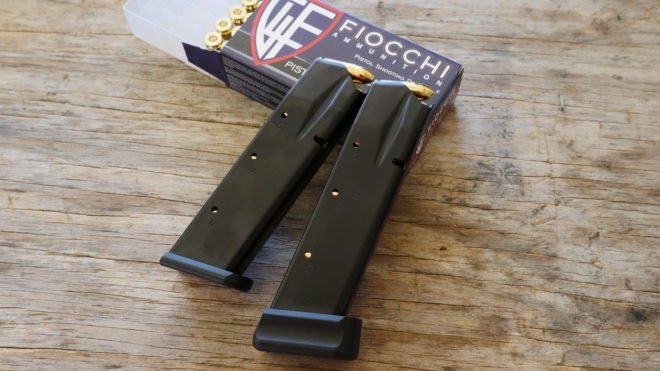 I started with the 17 round magazine and unloaded on the steel target I had set up downrange. The magazine fed all 17 round into the pistol without a problem and locked the slide back every time. 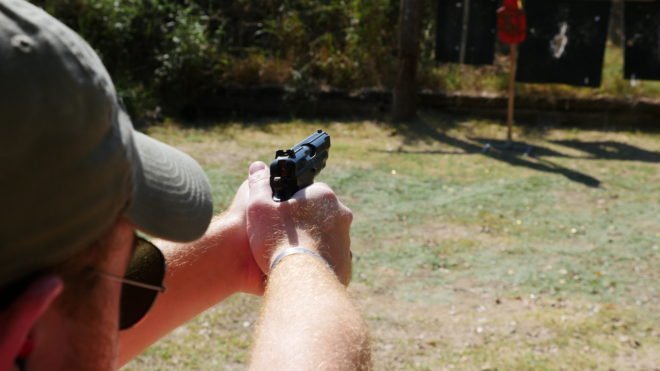 Next up was the 19 round magazine, just like the 17 rounder it worked perfectly. 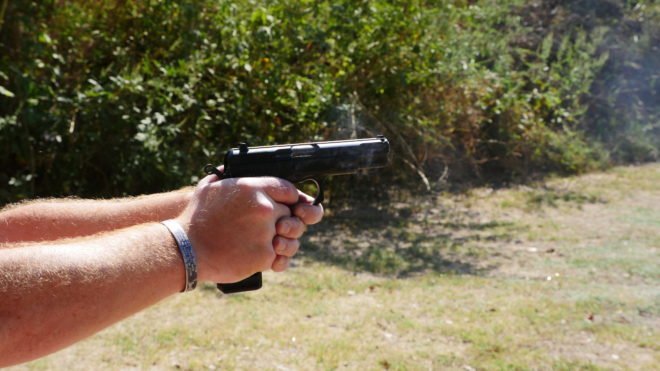 Next up was the Beretta 92fs magazines. The flat baseplate version holds 18 rounds, the plus 2 brings the capacity up to 20 rounds. Again Mec-Gar used the anti-friction coating on the magazine bodies. 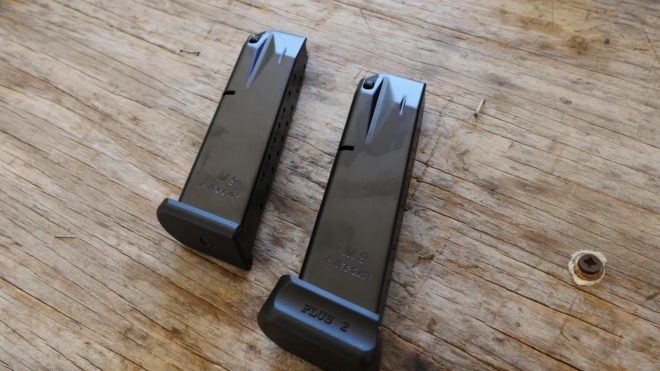 I really liked the witness holes used on the Beretta magazines. 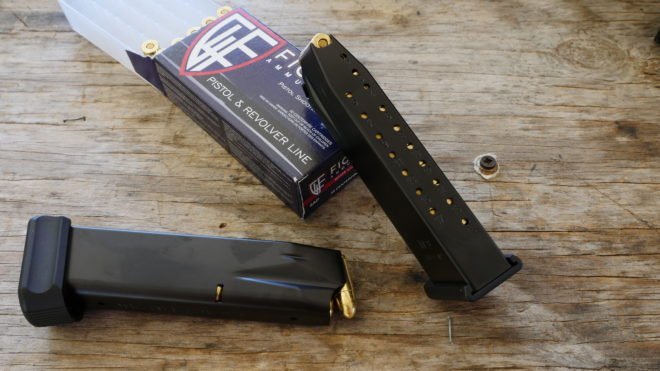 When compared to the factory Beretta magazine the Mec-Gar mags were much nicer in terms of finish and build quality. 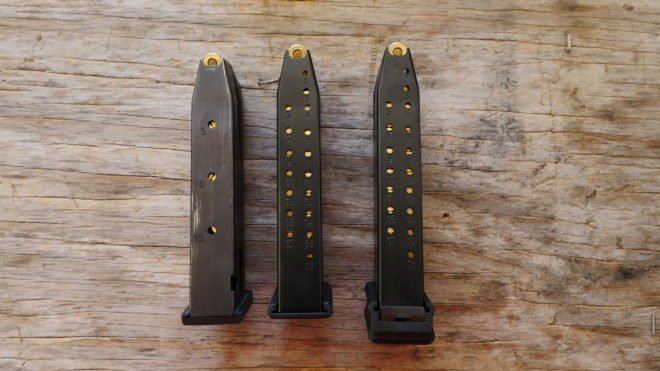 I loaded the mags into my friends 92fs to see how much length was added like I did with the CZ75. I started with the factory 15 round magazine. 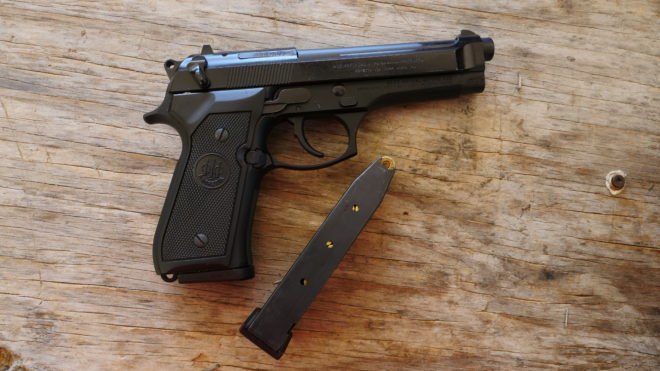 It looks like the 18 round magazine has just a bit slimmer baseplate than the factory 15 rounder. When my Beretta M9 finely shows up this will be my go-to magazine, 18 rounds in a flush fit magazine is outstanding! 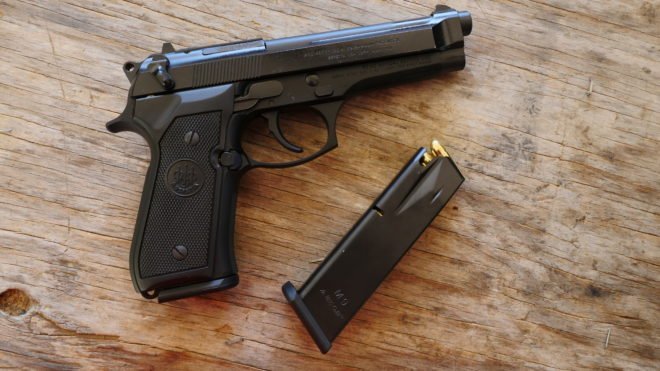 Again the plus 2 adds about 5/8 an inch to the height of the gun, just like the CZ75, I think it would make a great secondary magazine. 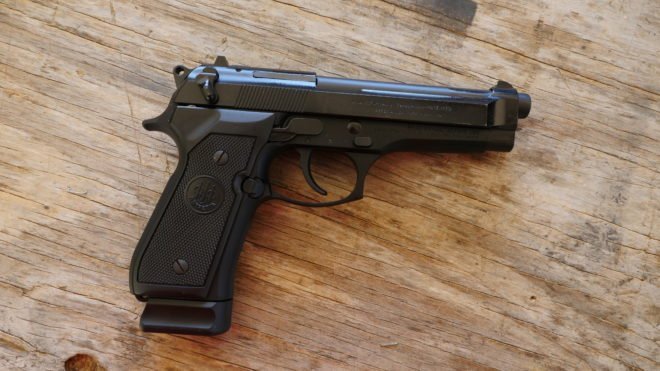 I slid the 18 round magazine into the Beretta and again unloaded on the steel targets. I must admit, there isn’t much more fun to have with a gun than shooting steel. Just like the CZ mags, they performed flawlessly. 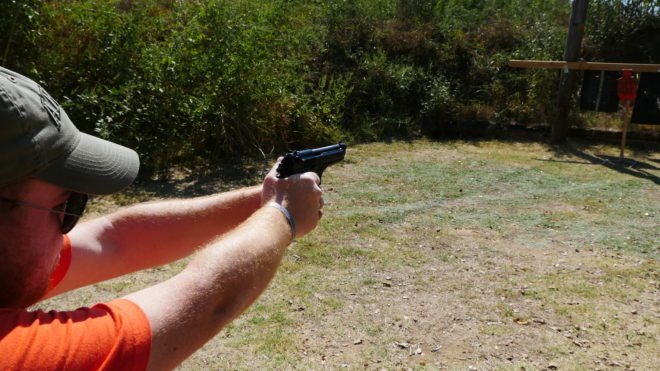 The 20 round magazine performed great as well. When shooting full 21 rounds with the gun loaded to capacity it felt like the ammo would never run out, but when it did the slide locked back every time. 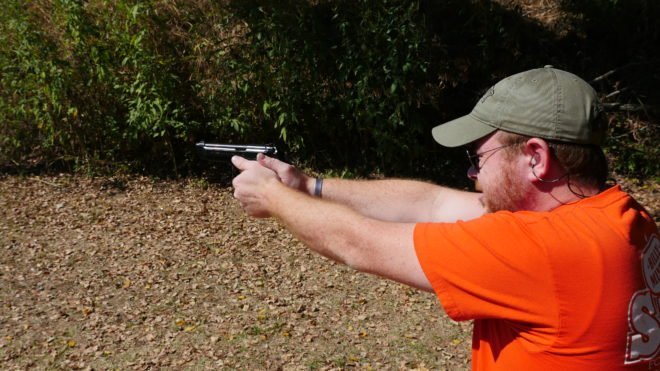 The plus 2 magazine extensions were really easy to add to the Mec-Gar mags. 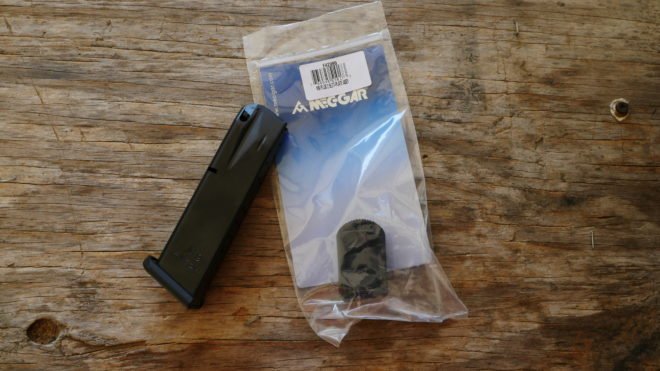 The package includes the two pieces needed to add it to your magazine. 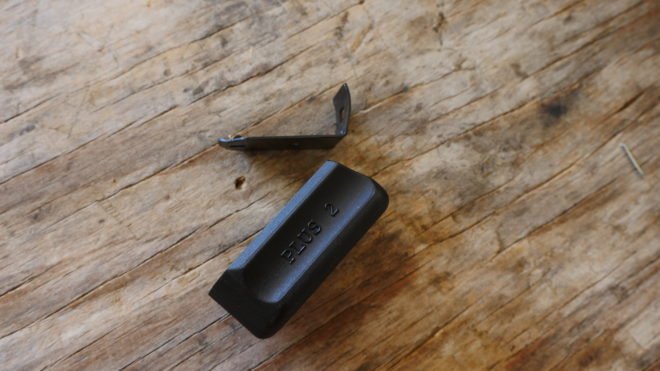 Installation is very easy, you slide the floorplate onto the spring through the provided hole. 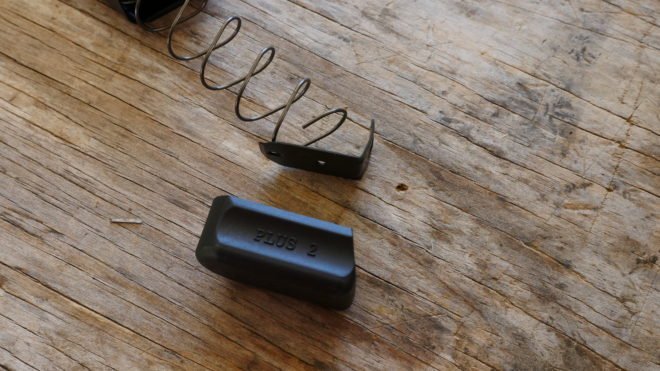 Then while holding the floor plat up you slide the baseplate onto the mag. Removal is just as easy when you need to clean the magazine after a dirty range trip. 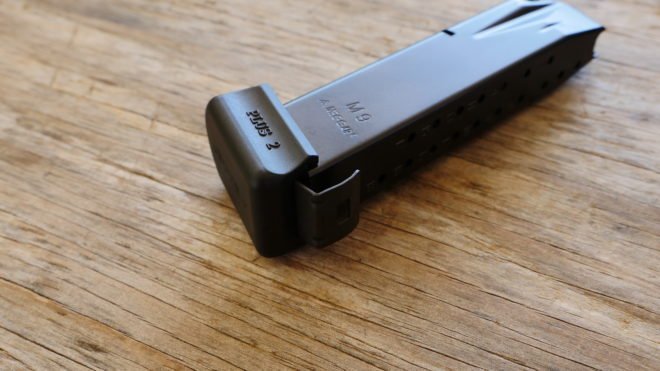 I must admit, Mec-Gar makes some really nice products that are priced pretty attractively. You really should consider them over some factory magazines when buying extra mags. The Beretta mags carry an MSRP of $38.30 for the 18 rounder and $46.50 for the 20 rounder. I was able to locate the 18 round mags for just under $20 per magazine at an online retailer, so there are deals to be had. The CZ75 magazines have an MSRP of $38.30 for the 17 round magazine and $46.50 for the 19 rounder.

Mec-Gar has several options for replacement magazines for many different guns, you can learn more by clicking here. With over 200 models of magazines, you are sure to find something that will fit your gun and know it works. There are more than 100 million Mec-Gar mags produced to date, I think it is safe to say that they might know what they are doing.

This post originally was run on The Firearm Blog - http://www.thefirearmblog.com/blog/2015/11/12/review-mec-gar-cz75-92fs-magazines/