If you have seen some of the videos Alex C. and myself talking about AK things you may have heard me refer to my beloved M92 SBR that is easily one of my favorite firearms. While poking around the Century booth at Industry Day at the Range I ran across the RAS-47 SBR and the C39v2 SBR sitting on their table. You can imagine that might catch my attention. 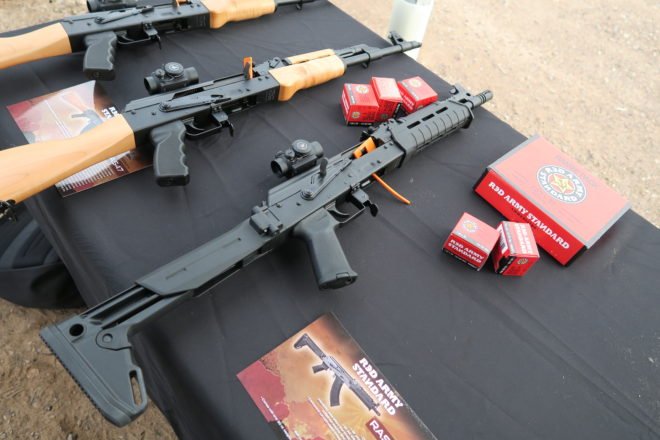 The RAS-47 is the stamped version with two barrel lengths available of 10.5″ or 11.5″, myself I found myself enjoying the 11.5″ just a touch more than the 10.25″ for no good reason. The fact that the rifle is 100% American made and felt every bit as good as my custom built M92 speaks volumes about how serious Century is about making a quality American 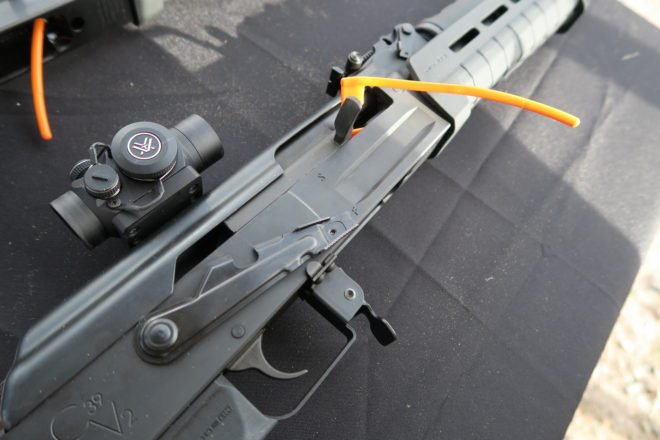 The milled version of the factory SBR is the C39v2, also available in both 10.5″ and 11.5″ barrel lengths. For untold reasons, I wasn’t as enamored with the C39v2 as I was with the RAS-47 but for those of you that want a milled gun, it would be a solid option. Both rifles featured their new optic mount that Century claims is the first AK side mount that returns to zero every time. 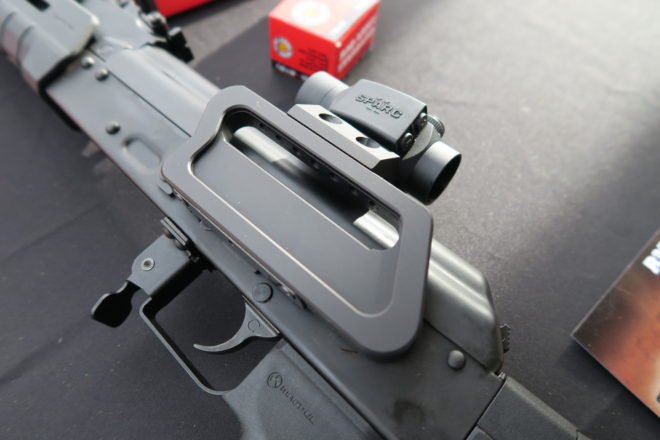 I for one am really excited about the prospect of some outstanding factory SBR AKs on the market! Maybe we might see one in 5.45 sometime?