Today we checked out the latest revolvers from the return of Rossi during SHOT Show 2023.

The Rossi RP66 is a stainless steel, 357 magnum revolver. The gun features a fully adjustable rear sight, and replaceable front sights, similar to what you'd see on a target revolver. The six inch barrel features a full underlug, which helps reduce recoil with magnum loads. One of the more interesting aspects is the hammer mounted firing pin, similar to revolvers of yesteryear; playing off of their classic lines. 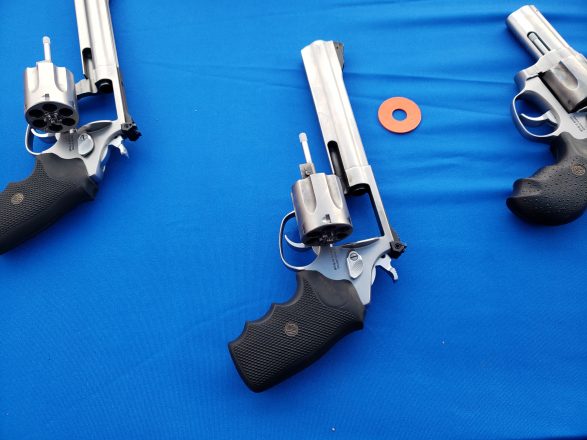 The Rossi RP63 is the little brother of the RM66. This 357 magnum revolver features a three inch barrel, a fixed rear sight, and replaceable front sight. The RP63 also sports a full underlug to help tame magnum recoil, an added benefit with the lighter of the two guns. Much like the other revolver, this gun has a hammer mounted firing pin, six shot cylinder, and satin finish.

Surefire had a smattering of new things on display for SHOT 2023. However, what caught my eye were the Turbo series lights. While these were [...]

I moved to Salt Lake City, Utah, back in the Summer of 2022. I've tried to get familiarized with the local gun companies, and parts [...]

If you've been reading Primer Peak since the old days, then you're familiar with the Harry's Holsters Icon. I've been an Icon fan for several [...]