Springfield Armory announced their latest addition to the 911 subcompact pistol lineup during SHOT Show 2019. Much like the previous model, this is based on the 1911 design, being a single action, single stack, hammer fired pistol. While the original gun was chambered for .380ACP, this new model comes in 9x19. There are two finishes available, stainless steel or black nitride, both equipped with G10 grips. Three dot Ameriglo night sights are standard on all models. 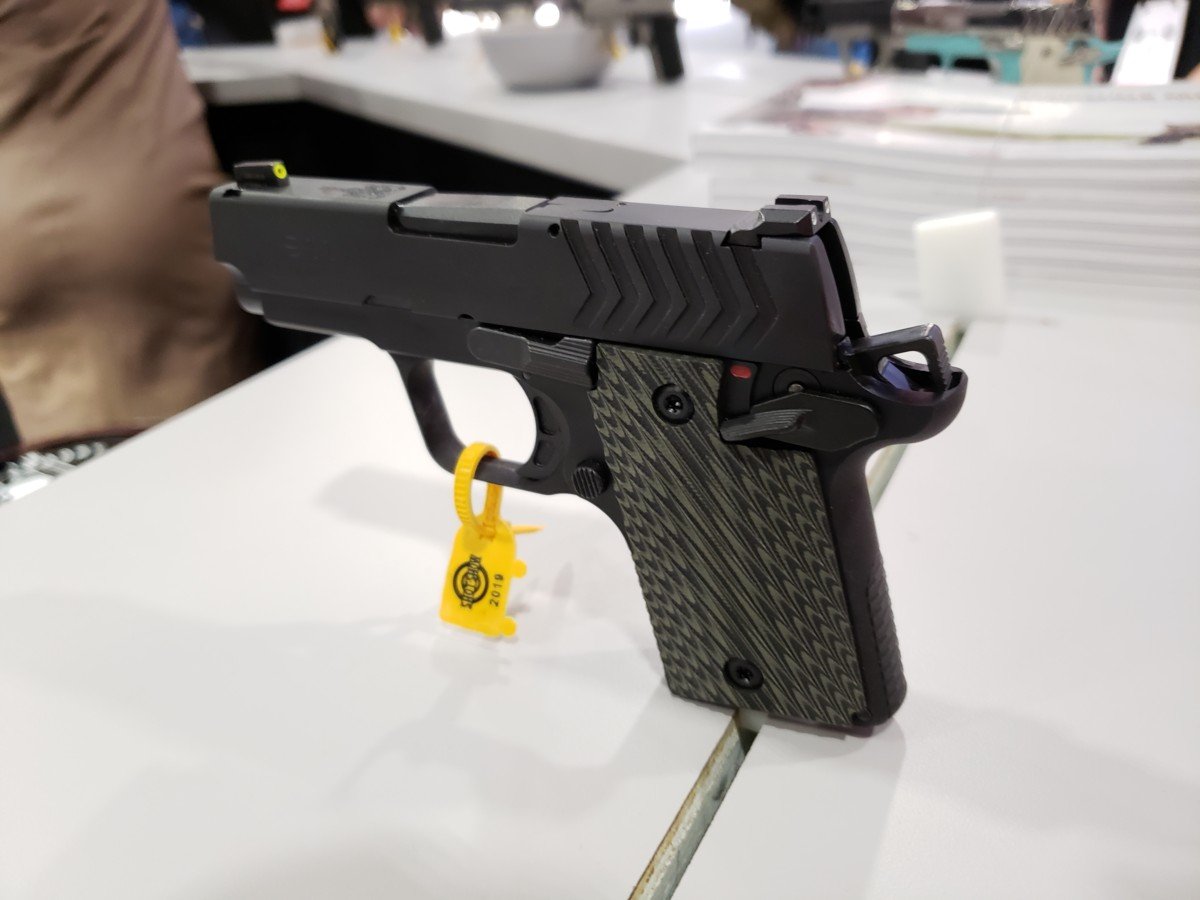 The Springfield Armory 911 will ship with two magazines, one flush fit holding six rounds, the other slightly extended to hold seven. The hinged trigger and mainspring housing are crafted from G10, further reducing weight on the 911. Trigger weight sits somewhere between 5.5-7.5 pounds, with the eight examples I handled pulling closer to 7.5.

Expect to the new 9mm 911 from Springfield Armory arrive in stores in early February. MSRP for both models is $659.