I had the opportunity to shoot the Walther PPQ Q5 Match pistols at the SHOT Show 2019 Range Day. I was impressed by them, but not as much as some might think. These are not reviews, but merely my range first impressions. 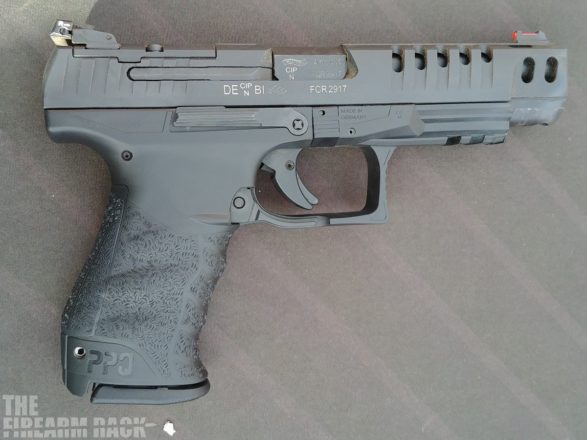 The standard, polymer framed PPQ Q5 Match has been on the market for a number of years. It features a long slide, optics mounting plates, and fiber optic sights. The trigger is a short pull, and features a light, crisp break. The M1 variant that I shot has the paddle magazine release. Range Day 2019 was my first time on the PPQ Q5 Match, and I liked it. The trigger was pretty good, and the gun was quick with follow up shots.

I have thousands of rounds through HK VP9s, so the PPQ feels quite similar, in both ergonomic feel, and recoil sensation. The paddle release is my preferred magazine release, and the one on the Walther is great. I'm not a fan of Walther's optic mounting solution, as you need to lose the rear sight to mount your MRDS. These are sold as competition guns, not self defense or duty pistols, so this is mostly a non issue. 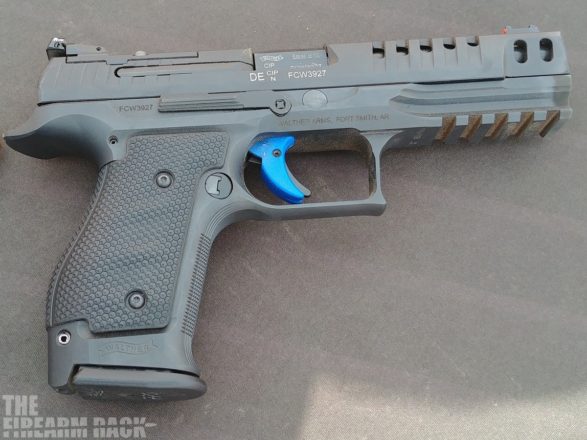 New for 2019 is the Walther PPQ M2 Q5 Match Steel Frame. It is the PPQ Q5 Match, but with a heavy steel frame, made to soak up recoil. The M2 version uses a standard push button magazine release. The gun features an extended beavertail, G10 grips, aggressive frame checkering, and a full length dust cover. The other features of the polymer Q5 match are also retained. 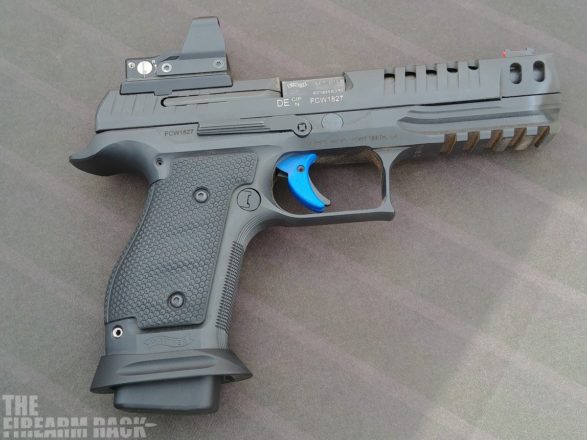 Last, but certainly not least, is the PPQ M2 Q5 Match Steel Frame Pro. Again, all of the features of the previous Q5 Steel Frame are retained, except the Pro has a competition magwell, and uses 17 round extended baseplate magazines. The one that Walther had at their booth was wearing a Leupold Delta Point Pro, which made shooting fast easier than on the iron sighted guns.

Much like the previous guns, it was smooth shooting, with a great trigger, and low recoil. I really like how these pistol shot, but I had a feeling that I couldn't shake.

I really enjoyed shooting the new, and older PPQ Q5 Match pistols. They all had good ergonomics, great triggers, and were fast to shoot. The shocking thing is that I just don't think that the PPQ Q5 Match Steel Frame guns are a good value. They shot great, but when discussing competition guns, the field is wide. For the MSRP of the Steel Frames, you could have a tuned CZ or Tanfoglio, which have larger aftermarkets, and are easier to work on. I really, really am not a fan of CZ pattern guns, so when I'm recommending them, something has gone wrong.

Walther had the latest pistol in their lineup, the Q4, on display at Range Day during SHOT Show 2020. The Walther Q4 takes cues from [...]

Just a reminder to those of you who own a Walther PPS M2, there is a recall issued for that pistol. Keep in mind that [...]

In a world of SIG P365's, Glock 43X's and Roland Specials, one would think pistol manufacturers would be itching to come out with the next [...]