One Tuesday of SHOT Show Brownells revealed the latest addition to their Retro line of firearms, the BRN-PROTO. The BRN-PROTO is modeled after the very first prototype AR-15, with a few modern updates. Chambered for 5.56x45, the BRN-PROTO features an original style 25 round magazine, brown polymer furniture, and a top charging handle. The chrome lined 20" barrel has a 1-12" twist rate and is capped off by a three prong duckbill flash suppressor.

I stepped into an empty Brownells booth at Range Day just as the representatives were moving the BRN-PROTO from one case to another. Always inquisitive, I asked what the rifle was. Since the gun had not been officially announced, the crew was hesitant, but eventually relented, even allowing me to put a few magazines through the rifle. The action is just as you'd expect from a quality AR-15; soft shooting, smooth cycling, with good looks to boot. The BRN-PROTO has an MSRP of $1,499.99 and is available for pre-order at Brownells now.

After shooting the BRN-PROTO, my attention turned to a small tube sitting atop a BRN-601 rifle. This small tube is the new Brownells 4x Carry Handle Optic. Modeled after the original Colt 4x optic used on early AR-15 rifles, the 4x Carry Handle Optic truly fits in with the rest of the Retro line. Impressively, the new scope is made by the same Japanese manufacturer who built the originals many decades ago. 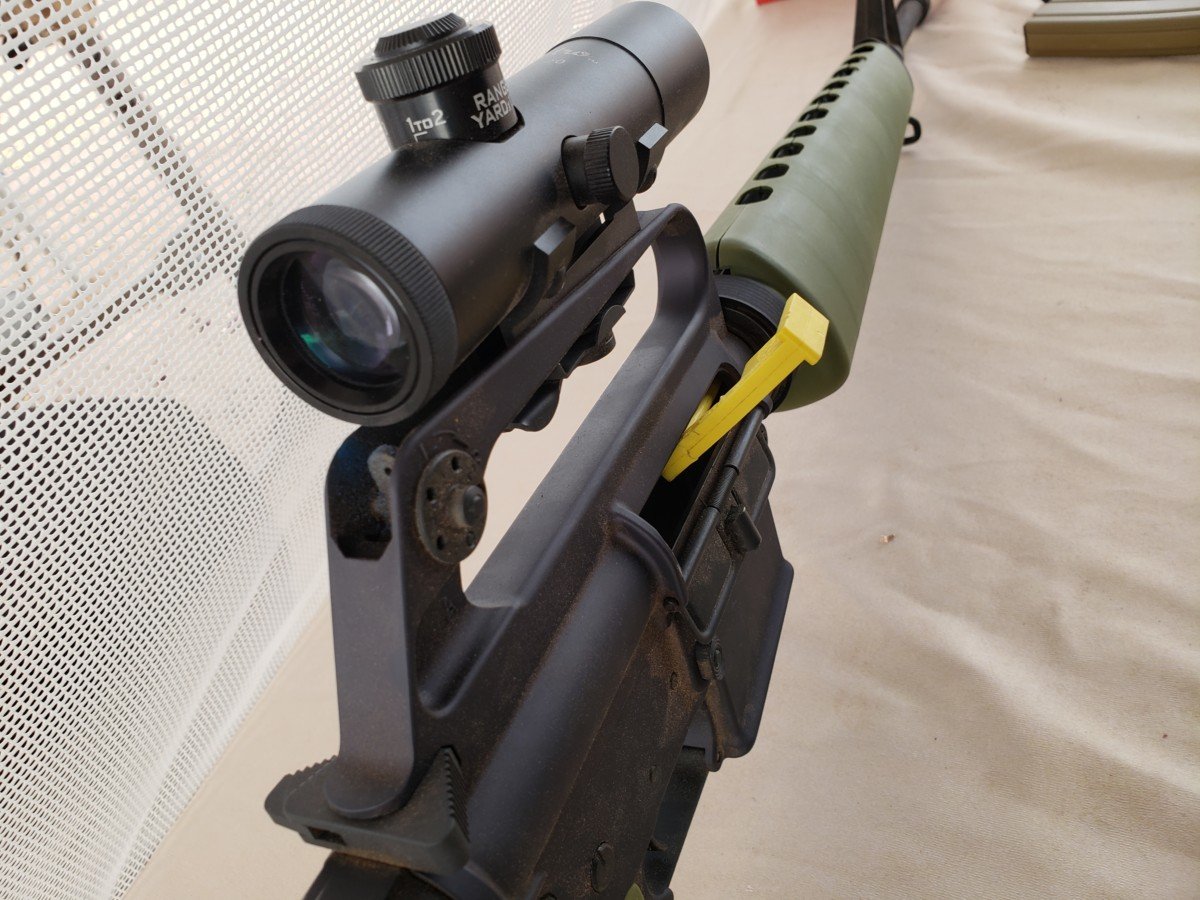 Want Free Ammo From Brownells? Like A Whole Barrel?

There are few things that a gun lover dreams of more than free ammo from Brownells, especially those of us that shoot a crap ton [...]

Today Brownells officially unveiled their new BRN-180 lower receivers. These combine the aesthetics of the retro AR-180 with the functionality of a modern AR-15. Shooters [...]

Brownells and InRangeTV had their new WWSD rifle on display during SHOT Show 2020. WWSD (What Would Stoner Do) is Karl Kasarda and Ian McCollum's [...]