The poster depicts John Wick while he is fitted for a new suit presumably, but he is holding what appears to be a Glock 34 with a Taran Tactical Combat Master package applied to it. This would be in line with what we have seen Keanu training with recently.

I don’t know about the rest of you gun nuts, but I really enjoyed the first John Wick movie quite a lot. The firearm selection was exotic enough to pique my interest, but not over the top and the action scenes were better than most of the movies Hollywood has vomited out recently.

To add to my fascination with the John Wick movies, a video of Keanu Reeves shredding it while training with Taran Butler has made the rounds on the internet that shows that The One has some skill.

Another blog covered the video a while back with some pretty epic tags that I plan to steal without remorse.

Am I going to go see the movie?

I will see John Wick 2 in the theaters, a rarity for me. I can’t wait to see if the training with Taran has paid off. As fast and purposeful as Keanu moves in that video, he is going to look like he was born with a gun in his hand. Check out the Combat Master package over at Taran Tactical HERE, the MSRP is a hefty $950 not including the gun. I am sure that isn’t a problem for Mr. Wick though, he seems to have deep pockets. 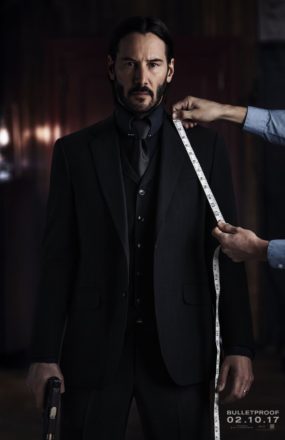