Two To The Chest, One To The Head.

This week's Pistol Power Drill is a classic, the Mozambique Failure To Stop Drill. This drill is practically second nature to most shooters, being so ingrained into our collective psyche. We've all shot it, but it doesn't hurt to discuss the merits of the Mozambique.

>>> Check Out Other Shooting Drills Here <<<

Rundown of the Mozambique Failure To Stop Drill

This drill is fairly simple. The Mozambique is typically shot between five and eight yards, so set up a silhouette target, and move back to your desired distance. Load your handgun, and holster it. On shot timer beep, draw, fire two rounds into the center mass of the target, and one round to the head. There isn't necessarily a par time for the Mozambique, but if you can do it in under three seconds, you're doing pretty good.

For the Mozambique, you'll need a shot timer, a silhouette target, and a holster for your handgun. The Pocket Pro II is still on sale, so now is the time to snatch one up! To throw a curve ball into the drill, I'm going to recommend some more difficult, accuracy-critical targets below too. I typically shoot the Mozambique using the Sage Dynamics thoracic cavity and head targets, as they increase the accuracy standard.

Make sure to set the scale to 100%, don’t select fit to page 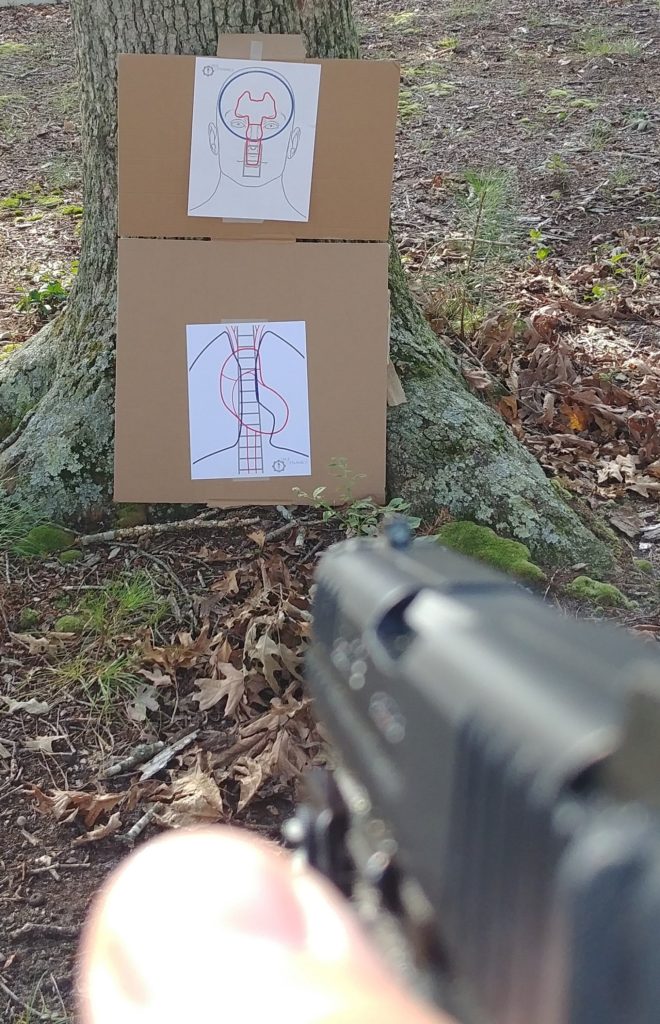 What Is The Point Of The Mozambique Failure To Stop Drill

The Mozambique was supposedly made after Jeff Cooper heard an account of a soldier having to dispatch an enemy, using this technique. The enemy combatant took two rounds to the chest but needed a third to the head to be neutralized. The original intention of the drill was to fire two rounds, then make the decision of if a third round was needed. I think that this intent has been lost to some extent, as I usually see people shooting the Mozambique like they've got their gun on three-round burst while sweeping upwards. Doing this seems to game-ify the drill too much for my liking, so I change it up to keep it practical.

I try to make the Mozambique Drill more accuracy-focused, as to bring the practicality back into the limelight. By using targets such as the Sage Dynamics thoracic and head, the required accuracy standard is increased. The idea is to fire that round into the head, only if needed, and it better damn well hit. Another thing I do to increase difficulty is to add other actions into the drill. I will practice my flashlight manipulation while shooting the drill, or move away from the target. Getting repetitions in for these valuable skills will only better your ability, as the Mozambique is an easily repeatable drill.

Thanks to Evan for the title image.