Latest Reviews
There is nothing quite as annoying as having to yell at your shooting partner because they don’t have electronic muffs. ProSounds has introduced the M-Series electronic ear muffs bringing another mid-priced option to the table. They are running a Kickstarter campaign just like they did when the X-Pro Plugs were introduced. The last Kickstarter they did to launch a product was overwhelmingly successful, I expect this campaign to be just as successful, a sure bet since the campaign hit the minimum amount to fund the project in less than 24 hours. 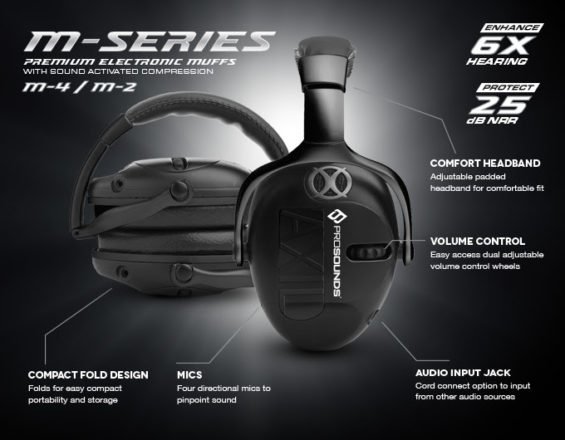 The M-Series muffs are going to come in three flavors to suit just about any users preference. The M-P will be their passive muff with no electronic enhancements with a $40 MSRP. Mid-range in the line you find the M-2 muff with 2 microphone pickups priced at $89 MSRP. The top of the line muff is the M-4 muffs featuring 4 directional mics to help the electronic package mimic sounds below 85 db just as they are heard by the human ear normally. The M-4 has an MSRP of $139, putting it right in line with most mid-range electronic muffs. The ProSounds M-Series muffs have all the features that you might expect out of muffs in this price range as well as a wonderful noise reduction rating of 25db.

There is still time to get in on this Kickstarter and enjoy a discount over the normal suggested price of the M-Series muffs. You can check the campaign out here. You can also learn more about the M-Series as well as the X-Pro plugs at the ProSounds website here. 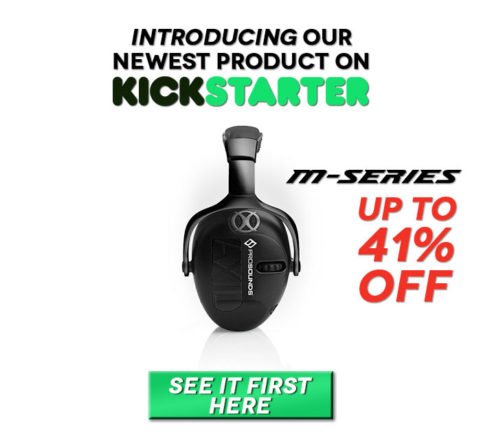 This post originally was run on The Firearm Blog - http://www.thefirearmblog.com/blog/2016/03/07/prosounds-introduces-m-series-electronic-muffs/