After testing a couple of ambi safeties that didn’t quite stack up to my expectations, I had come to the conclusion that flipping the lever on the right side of the receiver was the best option for me. Not long ago Radian reached out and offered up their Radian Talon ambidextrous 45/90 safety selector for review.

Seeing as I haven't come across an ambi selector that I really liked at the time, I didn't have too high of hopes. Now has I found a good 45-degree option like the Radian Talon or the AIM Surplus Ambi Selector that Paul reviewed, that might have been another story.

Without further adeau, let's get into the meat of the review.

Where To Find The Radian Talon For Sale

How To Install The Radian Talon

As stated previously, the best option I have come across is flipping the lever on the right side of the rifle the wrong way to ensure that it stays out of the way of my trigger finger. It works in a pinch but isn’t really optimal. To install the new Radian Talon selector, I removed the old, clapped out setup and tossed it in my parts bin. 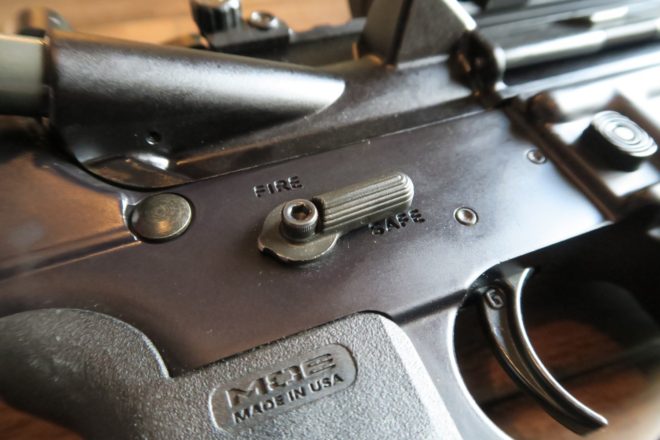 The Talon comes nicely packaged with all of the components bagged separately. I found the instructions to be very easy to follow and rather easy. All that is needed is a screwdriver to remove your grip to install the selector, everything else needed is included in one of the little bags. 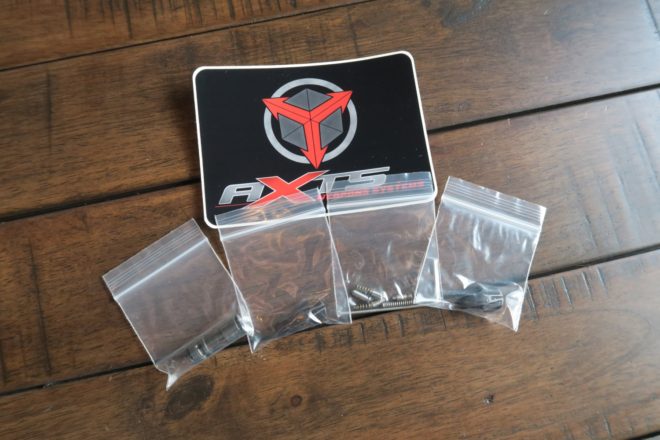 The selector barrel has two detent cutouts that allow the user to configure their Talon for a 90 degree or 45-degree throw depending on what their preference is. I opted to try out the 45-degree side, after all, I have been shooting with a 90-degree selector for over a decade, time to mix it up I think. 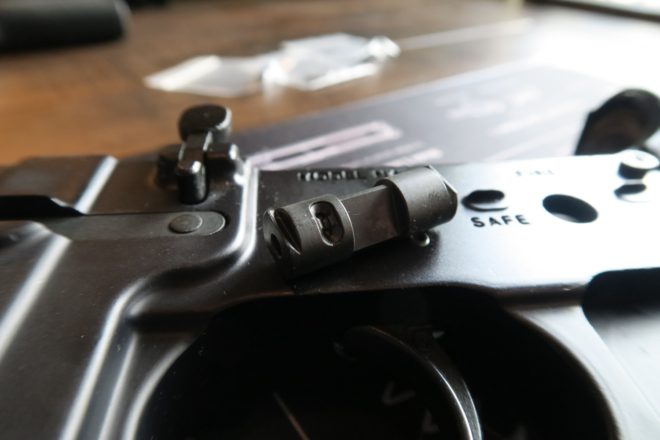 Installing the selector barrel is straightforward and simple once you line the detent cutout with the detent. Notice the protruding dovetail and the hole in the middle; these will come into place later when installing the selector levers. Radian does include their own spring and detent for the safety, in the instructions, they suggest that you utilize their parts and discard your old ones. Following the instructions to the T, I retained the old one to put in my spares box. 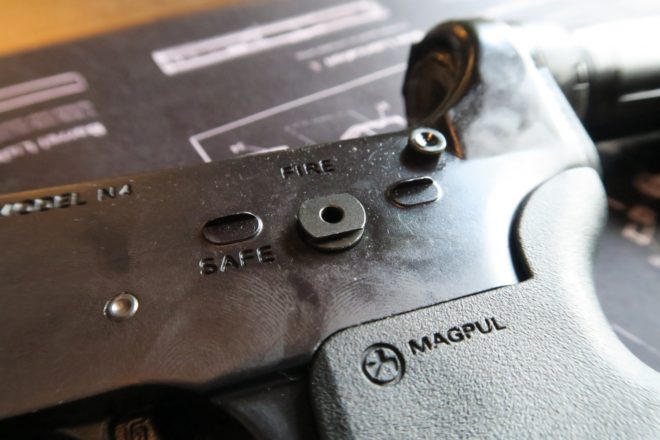 Installing the levers themselves is not too hard, but it is easy to lose one of the spring and detents used to hold the lever in place. The lever has a dovetail and detent hole cut into it that corresponds to the selector barrel, once you insert a spring and detent, installing it is as easy as pushing the lever over the barrel till it clicks in place. Radian says they used this system so that there are no screws to loosen, and I have to agree with that statement. I see no way for the levers to become dislodged short of the metal breaking. 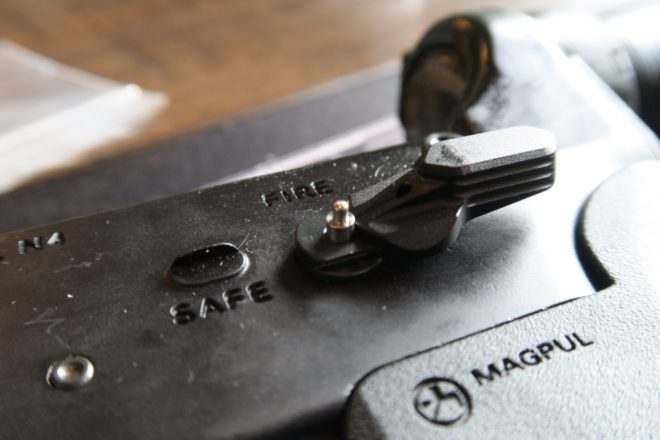 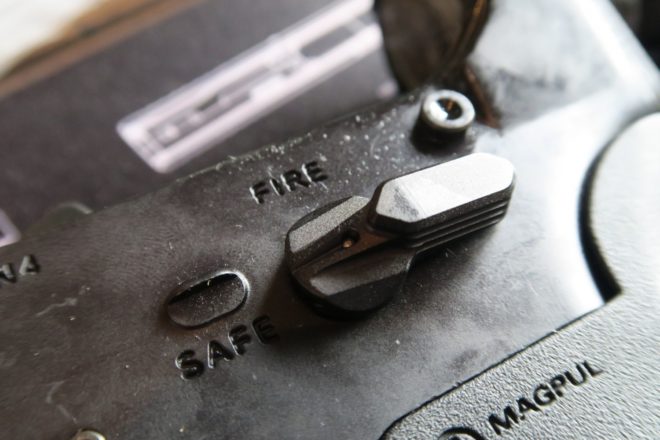 Installing the other side was straightforward, simply repeat the process of dropping the spring and detent in the hole, depress and push the lever on until it clicks. Radian sent us the long/short combination to test out, I opted to put the short lever on the right side of the receiver so it would stay out of the way of my trigger finger. 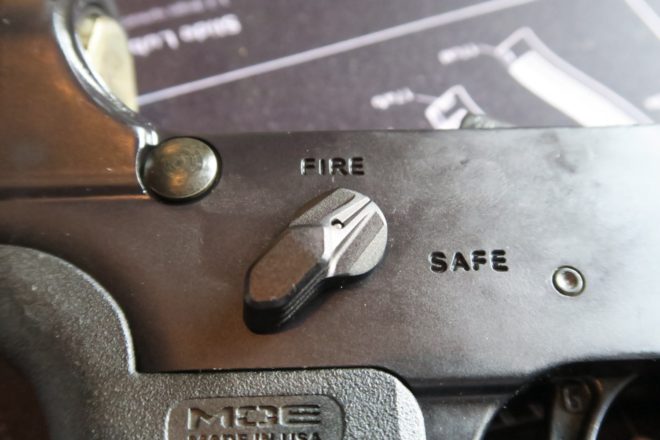 The Radian Talon on the range

Running some timed drills where I brought the rifle up and off safe, fired two shots on target, then applied the safety when lowering the rifle back to back with a rifle using a standard selector was eye-opening. Not only was I a bit faster with the 45-degree throw, but it was also much easier to apply the safety when I was done shooting. 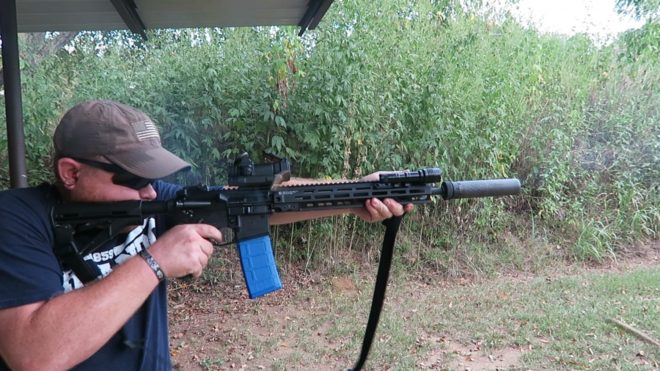 Is the Radian Talon Safety Selector Worth it?

I want to properly convey that I think that the Radian Talon safety is an upgrade that just about every shooter should take seriously. In fact, it might be on my list of 5 must have AR-15 upgrades. The Radian Talon selector performed exactly how I would want it to. The clicks when disengaging the safety and engaging it again are crisp and positive, the install is crazy simple, and the 45-degree throw is a true 45 degrees.

If you are looking for a small upgrade to do to your rifle, the Talon should be on the shortlist for the next one you do. The lever kit carries an MSRP of $59.95 and is available now at several internet retailers. You can learn more about the different finish options and pricing on the Radian website HERE.

Author Note: The Radian Talon AR-15 Selector was provided for review at no cost and the part was left on the rifle at the end of the review.

Check Out Our Other Reviews On Firearm Rack