Recently I was afforded a great opportunity to experience the 45 Super cartridges with the Springfield V-16 Long Slide. I have long wondered what such an experience would be like and searched high and low for the V-16 Long Slide without much success. Long before the days of the internet, this was like searching for a unicorn. Now a few pop up from time to time on the various gun auction websites but most are out of my price range. So when I found out a friend of mine had one and he so gratuitously offered it to me for a review and I jumped at the opportunity. 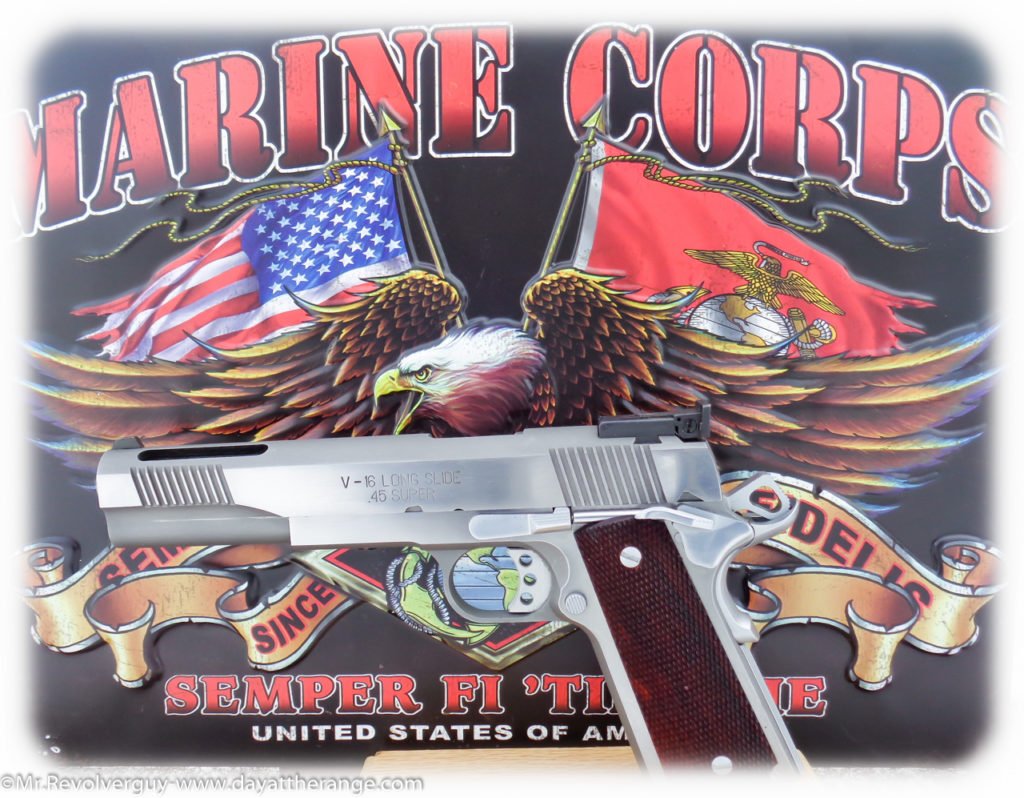 First thing was to get the V-16 home and make sure it was in proper working condition and clean it up a little. 45 Super is a much higher pressure cartridge than the 45ACP and can be brutal on a standard 45ACP pistol offerings. The Springfield V-16 Long Slide in 45 Super is not your standard 45ACP offering. This particular pistol was manufactured in February of 2000, though very dirty seemed to be in good working order. As I was waiting for my order of 45 Super ammunition to come in from Underwood Ammo. I went ahead with field stripping and cleaning the beefy 1911 to better inspect the firearm. What I found was not pretty but was something easily cleaned up.

The 45 Super was given birth in 1988 by Dean Grennell, with assistance from Tom Ferguson and Ace Hindman. This cartridge was intended to be the modern redesign of the 45 ACP taking advantage of modern smokeless powders, stronger brass, and firearms. The 45 Super approaches the power of the 10MM at a pressure of 28,000psi. Compared to the original 45 ACP at 21,000 psi max pressure, however. This increased pressure, velocity, and energy puts more stress on the firearm. The 45 ACP and 45 Super can be fired in the same pistol but I highly recommend a few changes to your traditional modern day 1911 if you decide to try this

5. Last but not least and often frowned upon is the Wilson shok buffer, this is an additional step which aides in preventing/slowing any frame damage. I personally only have ever used these in my 10MM 1911's. I have never had a problem with this product when utilized in this capacity and when changed every 1000 to 1500  rounds. You will no doubt see many comments about this product, looking to solve a problem that doesn't exist. I say the problem exists with 10MM and 45 Super.

Cleaning up the V-16

Before heading to the range, I decided to clean up the scratches on the slide and return it to the original brushed finish. Maroon and Grey automotive Scotch Brite pads make easy work of this. 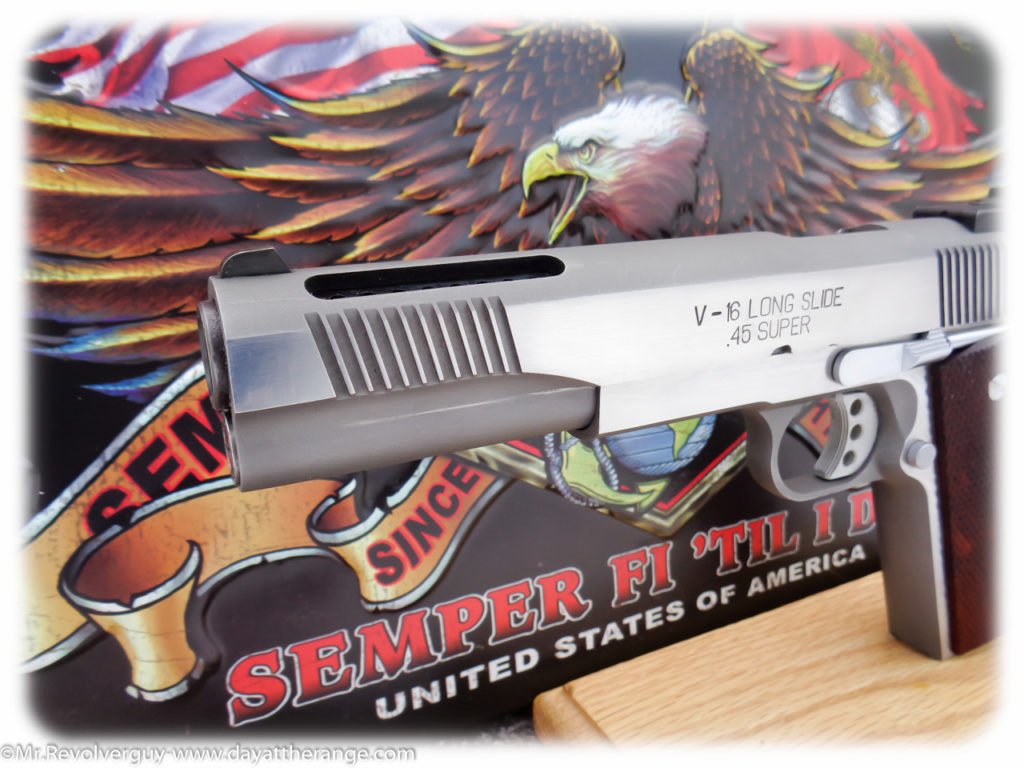 Let's Head Out To The Range

Up next head to the range to see what kind of numbers 45 Super is capable of producing. 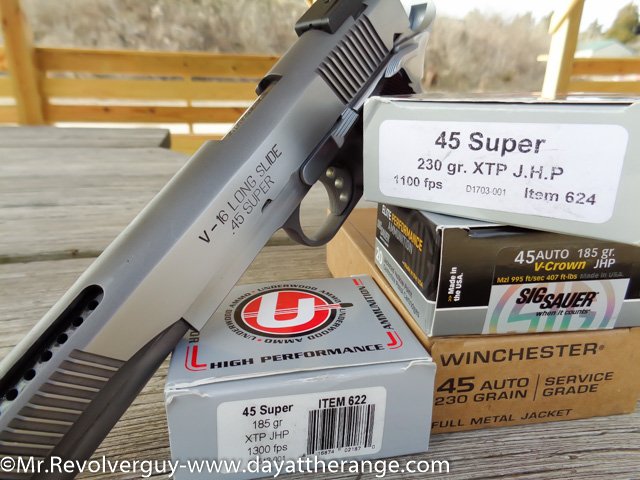