Our friends over at Strike Industries were nice enough to ship us one of the SI LINK Curved ForeGrips for evaluation. The folks over at SI have set their version of the angled foregrip apart from the competition by including their innovative SI LINK mounting system. If you aren’t familiar with the SI LINK system it has made one accessory fit both Magpul’s M-Lok and the VLTOR Keymod system. Now you can have one accessory that fits both attachment standards, a huge plus for people like me who have both or are transitioning out of one attachment standard to the other.

When the Curved ForeGrip showed up at my door along with one of their Viper stocks it was packaged just like all of the other retail ready Strike Industries offerings. I am not one to wait too long and dug right in to try this SI LINK out for myself. The attention that SI pays to little things like including the right allen wrench to attach the grip says volumes about the people that make up the company.

The SI LINK that I previously mentioned is some pretty cool stuff that allows cross compatibility with both M-Lok and Keymod. 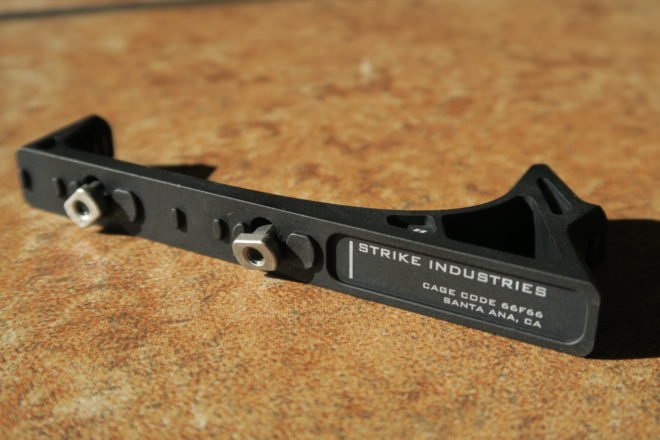 The quality of the Curved ForeGrip is exactly as we have come to expect with SI’s product. The foregrip is made from billet 6061 aluminum making the foregrip weigh in at a scant 1.7 ounces. Seeing as I have become obsessed with my lightweight AR build lately that is a feature that I particularly like. The anodizing is also nice and even, Strike offers the grip in black, grey, and their red color as well. I have to complement Strike in the nice finish considering the price point is under $40. 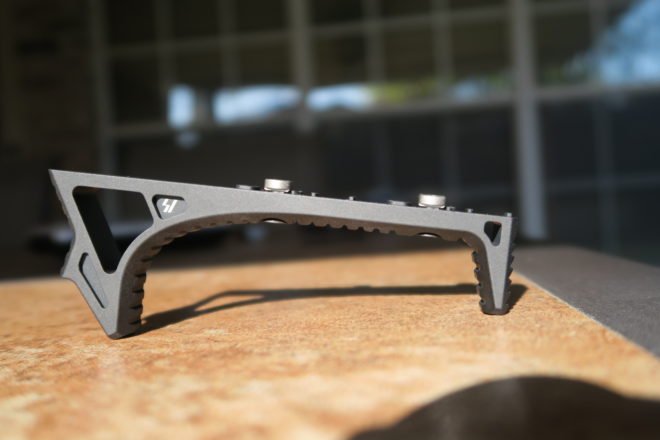 The foregrip mated up to the keymod rail on my spare SBR upper quite nicely. Getting it into the holes properly was a bit fiddly, but I am finding that is kind of the nature of keymod. The SI LINK doesn't attach in the traditional method keymod uses, but instead relies on strategically placed lugs on both front and rear of the slot in conjunction with the locking nut instead of the normal one lug and locking nut arrangement. The same applies when attaching it to M-Lok, I did find that I didn’t have as much adjustment as I would normally have with a dedicated M-Lok part but felt it wasn’t any hindrance. 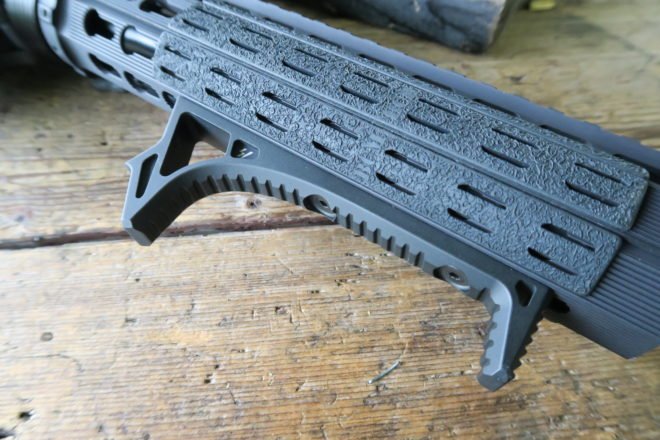 When I swapped it over to M-Lok I found the process of attaching the foregrip much less fiddly. I really wish that the military would finish the testing on the two platforms so that the gun community can decide what direction to go, I hate the idea of a Blueray vs. HD DVD battle when it comes to gun parts. 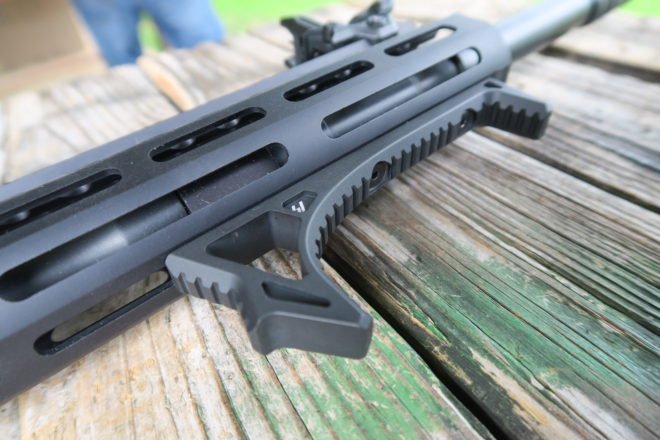 I found the grip to be very comfortable and probably will be running it on most of my rifles because it really allows me a secure grip on my rifle that doesn’t require me to overextend my wrist. I also appreciated that it added a bit of thickness to some of the thinner handguards since I seem to prefer a meaty hand guard. 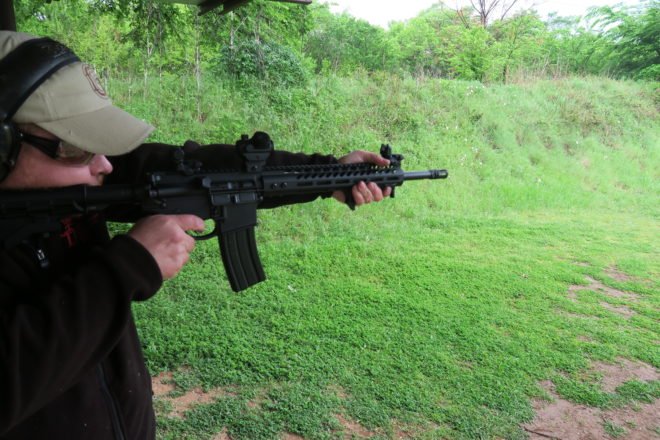 Strike Industries also included a hand stop that also functions as a barricade stop allowing you to use a flat surface to stabilize the rifle a bit. It isn’t something that I normally need, but I do like the multifunction aspect of it. The serrated surface did a wonderful job of digging into the wood table and really allowed me to get the rifle on target with relative ease. 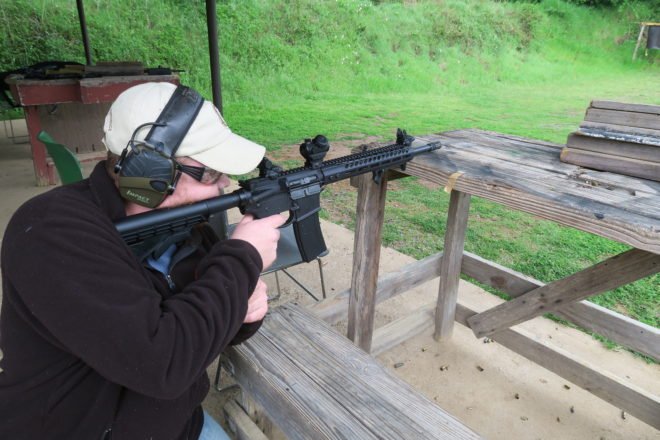 I really enjoyed shooting my rifles with the Strike Industries Curved ForeGrip, it added some nice functionality to the gun and looked great doing it. I know I have come to expect a level of build quality and innovation in Strike products and they didn’t disappoint in the slightest.

The Curved ForeGrip is available in three colors the as tested black, grey, and red as part of their Red Line. The MSRP is a very reasonable $37.95 and is currently available at many online retailers. you can learn more about it at Strike Industries site here.

This post originally was run on The Firearm Blog - http://www.thefirearmblog.com/blog/2016/04/14/review-strike-industries-si-link-curved-foregrip/