When searching for a flash hider, there are a thousand and one options out there. Strike Industries has made it a thousand and two with the Venom Flash Hider. Strike has done a wonderful job of bringing the shooting community with innovative and fresh products, I was interested to see if the features of the Venom were as innovative as the rest of their line.

Since I got the Venom in for review the listing for the .30 caliber muzzle device has been removed from the Strike Industries website, but they still produce the 5.56 model. The description on Strike’s website boasts some pretty cool features.

The Venom it a pretty good looking flash hider. After I source a handguard that is a more appropriate length, I think the Venom will look right at home. 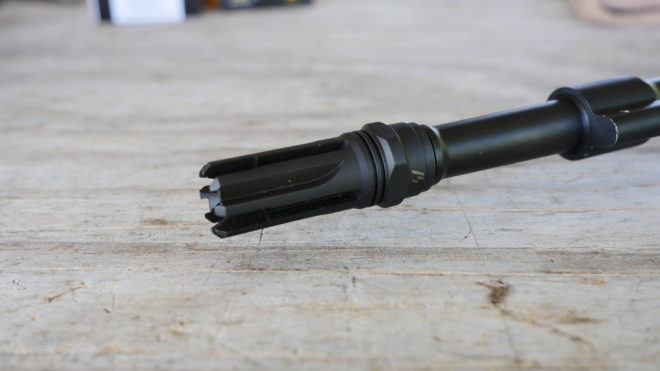 The Venom has a four prong design that promotes airflow or something, at least that is what the marketing says. 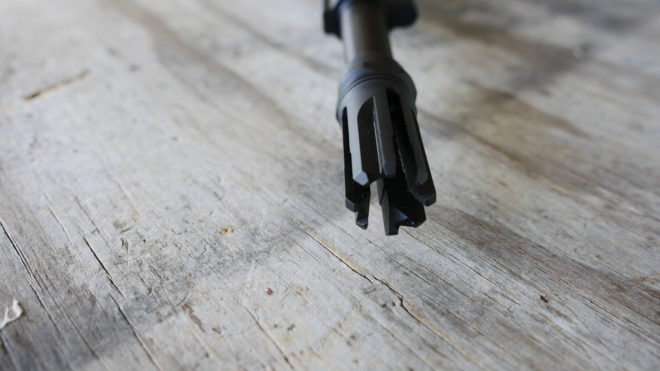 One really cool feature about the Venom is that it has a pre-drilled hole that makes pin and welding it to a 14.5″ barrel easy. I really like that Strike identified that as a need and made sure to include it, it shows that Strike is paying attention to the needs of shooters. 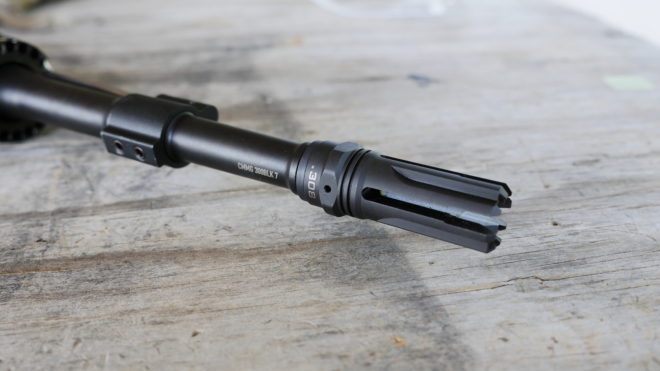 Time to get shooting. Even though my upper looked funny without a handguard, it still functions perfectly. 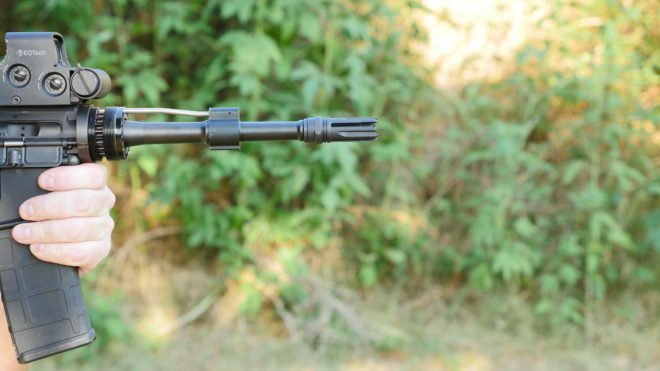 The Venom did a pretty good job at hiding the flash. The camera just happened to catch the Venom working as advertised. 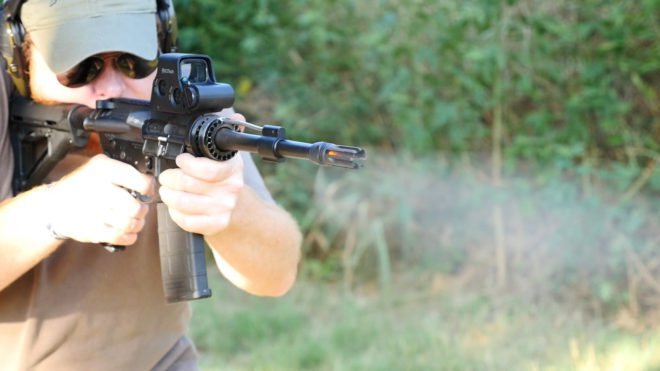 A couple more angles of the Venom, I really like how it looks on the rifle. I think after I get another handguard for this upper that it might become the permanent muzzle device. 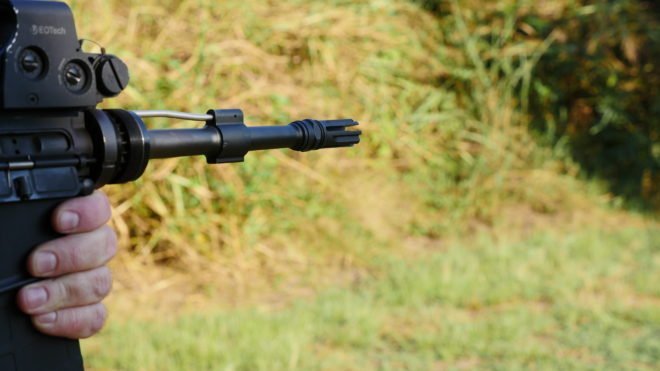 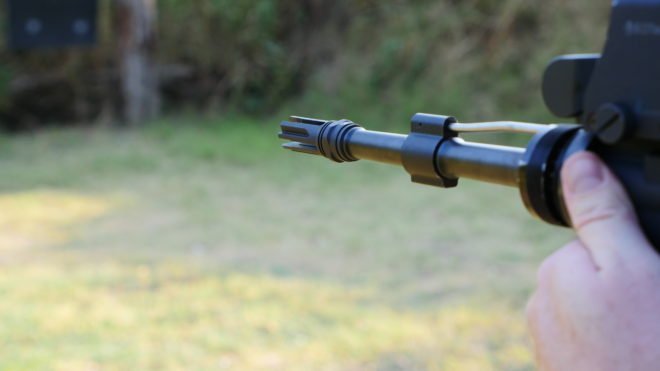 I have to say, I wasn’t as impressed with the Venom as I normally am with Strike Industries products. I found the ringing kind of annoying every time I took a shot. 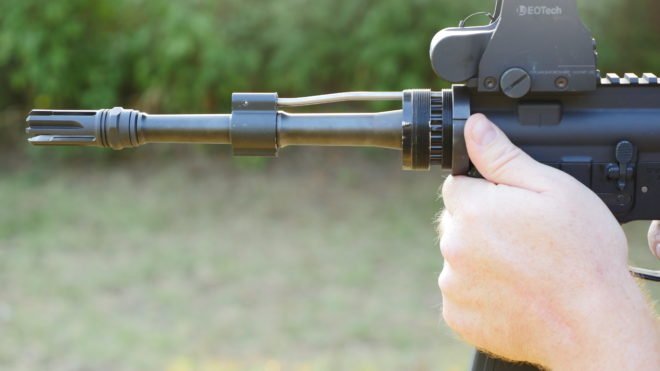 Something I noticed about the Venom is that post shot ringing of the flash hider is really prevalent. I found it to be a mild annoyance at best. I guess it would only be a big deal if I were shooting suppressed since the Venom won't accept a suppressor the ringing isn’t that big of a deal.

Here is a quick video showing you the ringing.

The Venom offers some pretty interesting features for a mid-priced flash hider. If you would like to learn more about the Venom flash hider from Strike Industries you can read more on their website. The Venom flash hider carries an MSRP of $44.95 and is only available in 5.56 at the time of this review being written.

This post originally was run on The Firearm Blog - www.thefirearmblog.com/blog/2015/09/22/review-strike-industries-venom-flash-hider/