I am entering my ninth year as an educator. In the past eight years I have worked in urban and suburban school districts, in both elementary and secondary education. I am aware of the unique challenges found in each of these school settings. Arming teachers has the potential to save lives, but if not fully thought out, could have lethal consequences.

In this series I address the necessary considerations parents, educators, and district administration must address before making a final decision on allowing teachers to enter the classroom armed.

These are the considerations we will address in the course of this three part series:

Legality of Arming Teachers in your state 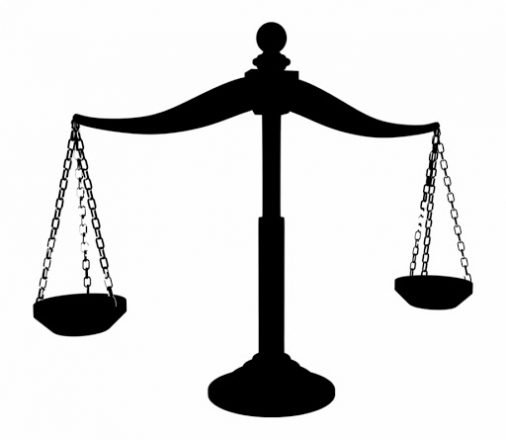 Author's Note: This is NOT legal advice. I am sharing what I understand of the laws I have read. Citations will include information on where to find the related state laws.

First and foremost, you need to check what the legality of carrying guns in school zones is. Every state that receives federal money was required to have a state law in effect requiring local educational agencies to expel, for at least one year, any student who was determined to have brought a weapon onto school property. This is the Gun-Free Schools Act of 1994. Since then school zones have become synonymous with “gun-free” zones. Many states have exceptions to this, however some states do not, for example California.

California is a representation of what the laws might be in a more liberal state. While each state will have slight variations of what is permissible, California does have very strict gun laws. Knowing this I chose to use them as an example.

In California you are prohibited from carrying or firing a firearm in a school zone. School zones can extend up to 1,000 feet from the school building or property lines. You are allowed to have firearms in your house if your house is within 1,000 feet of the school. Unless you properly secure your firearm in your vehicle, or are an authorized person, you would not be able to carry once you walked outside back onto public property (ex. the sidewalk in front of your house). Persons who are authorized to carry a gun on school property include:

In California discharging a firearm in a school zone could result in up to 7 years in prison. Please also note that California does not recognize any out of state Conceal Carry Weapon Permit (CCW).

Missouri is in the very middle of the United States, and while it isn’t a true swing state, there is some back and forth with how they vote.

In Missouri you are prohibited from carrying a firearm loaded or unloaded into any school, onto any school bus, or onto the premises of any function or activity sponsored or sanctioned by school officials or the district school board. Missouri has more exceptions than California. In Missouri this law does not apply to:

Missouri already has a handful of armed teacher programs in place. In order to become a School Protection Officer (SPO) in Missouri you need to complete a Department of Public Safety approved SPO Training Program. Something interesting I discovered in my research for this article is that The University of Missouri offers an accredited course that meets all of the requirements to become a Missouri SPO. This training program, “gives SPOs the knowledge, skills, and abilities to appropriately respond to an active shooter”. In the course you will also have extensive practice using de-escalation techniques, use of firearms, and use of defensive sprays.

Texas is the epitome of a gun slinging state. They were a natural choice when selecting a conservative state. However, I was surprised to discover that their laws are fairly similar to Missouri’s.

In Texas a person commits an offense when they intentionally, knowingly, or recklessly possesses a firearm on the physical premises of a school or educational institution. In layman’s terms, it is illegal to carry a firearm onto a school property unless you meet their exceptions:

Editor's Note: Texas has a handful of armed teacher programs on the books across the state as well.

If it is illegal and/or there are harsh consequences associated with bringing firearms onto school property, first consider working to change those laws. Unfortunately, if your state is similar to California, it will take some time to get to a point where arming teachers is legally feasible. Check if your state already has programs or exceptions already in place, and try to build on that. I was excited to find that Missouri already has a way to legally arm teachers. If there is, talk to your school board about why that would be a good option for your school. 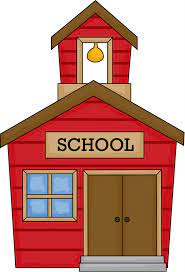 Whether or not your school, or your child’s school is private or public will be a factor to consider before arming teachers. The Gun-Free Schools Act of 1994 impacts public and private schools differently.

Public schools are schools that are supported by public funds. These funds include property tax, state and federal dollars. In particular, because public schools receive money from the federal government, the feds have some say in what school policy should be. In this situation, the Gun-Free Schools Act of 1994. Again, this act “requires each state to have a state law in effect requiring local educational agencies to expel, for at least one year, any student who was determined to have brought a weapon onto school property”.

While we can note that teachers and school administrators are not mentioned, many districts have written policies to include teachers. The federal government does not want teachers armed, let alone the average citizen. By passing certain national legislation it could be harder for a district, even within the state’s exceptions, to get teachers armed.

Private schools are schools that are supported by a private organization, private individuals, or by payment of fees rather than by receiving money from the government. Often times to attend a private school the family is expected to pay tuition. Additionally the school may hold events, or contact donors to give to the school. If a private school does not receive any money from the government, state or federal, they are not required to abide by all of the legislation placed on educational institutions.

Not to say that they have a free pass to do as they wish, they still need to maintain their accreditation, however they are not obligated to write school policy in line with the Gun-Free Schools Act of 1994. This has been an issue of debate since the Act was introduced. Should private schools be required to institute policy? At the moment private schools are not required to follow this, so it could potentially be easier to argue for arming teachers.

For the time being the Gun-Free Schools Act of 1994 is still in place. While it wouldn’t be impossible to arm teachers in public schools, there could potentially be an issue with funding the school receives. There are also exceptions in place for many states making it possible to arm teachers. Private schools might have an easier time in making allowances for teachers to be armed which is why it is a consideration.

Like Loading...
About Ally Corless 29 Articles
Ally is a dog mom to two pups, enjoys cooking, and looking at her garden. She dreams of turning her backyard into a fully sustainable homestead for when SHTF. Living zero waste is the ultimate goal.

If you haven't already, go read Part I of The Armed Teacher >>HERE<< In part II of this series we are going to address some [...]

The Dangerous Lack of Accountability of Influencers and Meme Pages

The internet has connected us in ways never before thought possible. We have more data at our fingertips than you could consume in a lifetime. [...]