On the 2nd of January 2018, at precisely 9:00 a.m. EST, Glock announced its newest arrival the Glock 19X. And since its release on the 22nd of the same month, it has seen so many mixed comments pouring in. Before we get into the Glock 19X compared to the Glock 19 Gen 5, it is essential to understand the reason the 19X was designed.

The G19X pistol is the commercial version of the Glock MHS that was designed to meet the evaluations of the Modular Handgun System solicitations of the U.S Army. In other words, the model was developed to compete for the U.S Army contract, which Glock nearly won. The only difference between the commercial version and that of the Army is that the G19X does not include a manual thumb safety.

On the 2nd of January 2018, at precisely 9:00 a.m. EST, Glock announced its newest arrival the Glock 19X. And since its release on the 22nd of the same month, it has seen so many mixed comments pouring in. 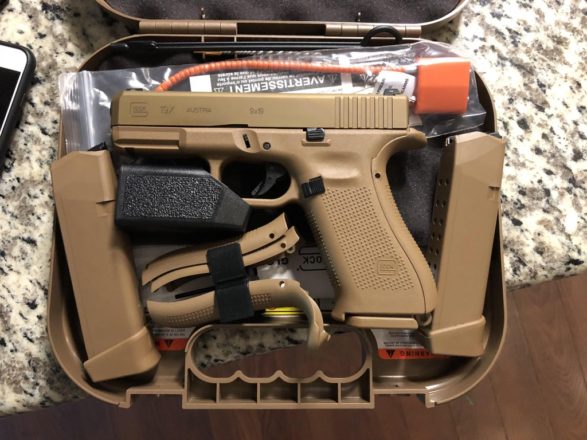 The G19X comes in a standard Glock box, but in a different desert tan color, which according to Glock is called the Coyote. The handgun comes with a single standard 17 round magazine, and two extended 19 round magazines. It also comes with four additional back strap offerings that you can add to the standard grip which is the smallest back strap. Then there is a magazine loader, the board brush, cleaning rod, and owner's manual; standard components in a Glock box.

The overall design hasn’t really swayed from the original Glock design, but there are some notable changes. For most the most part the G19X has a somewhat peculiar design, having a G19 length slide, and a G17 length frame, and of course the desert tan (coyote) color. Kind of like a cooler more compact version of the colt commander. 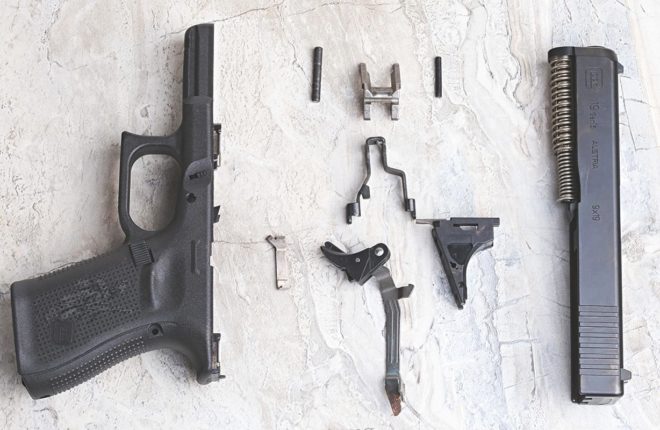 Aside from the slide length, the G19X and the G19-5 has several other identical features. They both have same dual recoil springs, and barrels called the GLOCK Marksman Barrel or GMB for short which according to Glock delivers an increased accuracy with an improved barrel crown and an enhanced polygonal rifling. They both have same triggers weights, ambidextrous slide locks, their insides are pretty much the same, and they both have no finger grooves which is a significant improvement from the Gen 4s.

The G19X comes with the nPVD coated slide has a much better look and feel to it when compared to the black melonite finish that is treated with a nDLC coating. Where the G19X truly deviates from G19-5 and other Gen 5 handguns is the frame. It does not have that flared magazine well that disturbs the grip in the G19-5, and also adds a unique lanyard loop which was specified by the military when Glock was competing for the MHS contract. If you're not a fan of the lanyard loop, you could have it removed. The magazine well is also better than that of the G19-5, and because it does not have the extra cut out and flare at the rim of the magazine well, the G19-5 magazine does not fit into the G19X.

When it comes to performance, then you have to go with the G19X. It's 17+1 magazine grip frame gives plenty of room for a firm grip that fills your hands very well.  Those who have big hands will find the G19X is a better model to have at the gun range allowing you a more relaxed grip. This improves the overall balance, improved controllability and thus better accuracy over the G19-5.

Why most people have a problem with the G19X is because of the extra half inch of the grip frame. It may be a bit difficult to function as a conceal carry weapon, but you should keep in mind that the G19X was meant for combat. Even at the range, having the luxury of an extra 2 round capacity is a luxury you shouldn't have to give up on.

In the end, it all depends on you. The Glock 19X is a pretty solid piece of hardware, and your decision to purchase it is dependent on what you intend to use it for. If you're going to shoot several thousand rounds at the range four to five times a week, then it is a great option. If you want to use to protect your home, then it's also a reliable piece. Or perhaps you just want to add it to your firearm collection! If you're after a conceal carry a weapon, then the G19 Gen 5 might be more suitable. On the contrary, the shorter slide of the G19X may be perfect for the appendix carry option.

This guest article was written by Joshua Babicz. He is the founder of the firearm blog, combated. This firearm enthusiast served 6 years Active duty Army and continues to serve as a reservist.

The Glock 43X has been leaked to RECOIL by "a third party with ties to Glock's Austrian headquarters" earlier today. All of the information and [...]

Why the Glock 48 is Popular with Women

For the first time in my life I am considering purchasing a handgun. I have received a lot of recommendations for the Glock 48 from [...]

It shouldn't come as a surprise that the US Secret Service choose Glock 19 & Glock 47 pistols after CBP adopted the same guns back [...]