Like a dummy, I ordered gear off of Amazon, a Surefire X300U weapon light. I've done it before and always had good luck, ensuring I buy from a legit manufacturer. This time I was not so fortunate, I ended up with a fake Surefire X300U. The reviews were mostly good, having roughly a 93% positive rating on the item, and the actual Surefire page attached. Where I failed was in verifying the distributor fulfilling my order, Eusens.

Upon further investigation, every poor rating was from people in my exact same position--those who knew that this product was a fake Surefire X300U. The masses of positive reviews were from people who can't see why a SERPA is a bad idea, let alone spot a fake weapon light.

Immediately after inspecting this light I contacted Eusens, demanding either a replacement or a full refund. To their credit, they responded in less than 8 hours; Their story being that there must've been a mix-up at the warehouse and to expect a replacement X300U in 5-7 days. I was told to keep the counterfeit light as well.

The box looks like something you'd get with a $15 airsoft laser, complete with grammatical errors and inaccurate photos. If it doesn't say Surefire, it's probably not a Surefire. 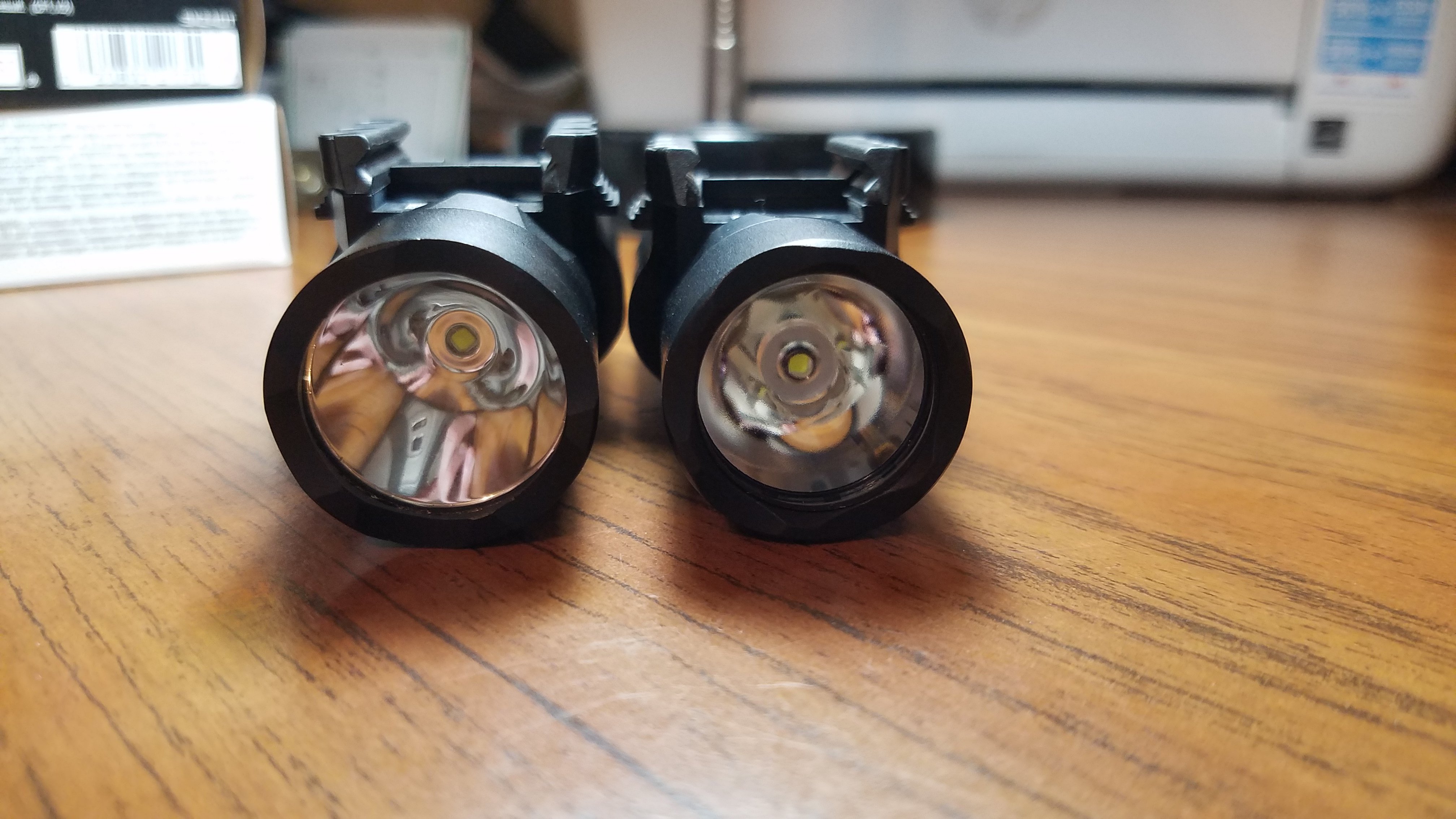 There are very noticeable differences in the LED and reflector. Starting from the front, you can see that the counterfeit is slightly larger than the Surefire. The edges on the Surefire are much smoother, using subtle curves rather than the sharp angles found in the counterfeit. This difference in detail is prevalent in every aspect of the two lights.

The real X300U features cleaner writing on the body, and a softer finish of metal components.

Again, note the smooth transitions of the X300U compared to the sudden cuts of the fake Surefire X300U. 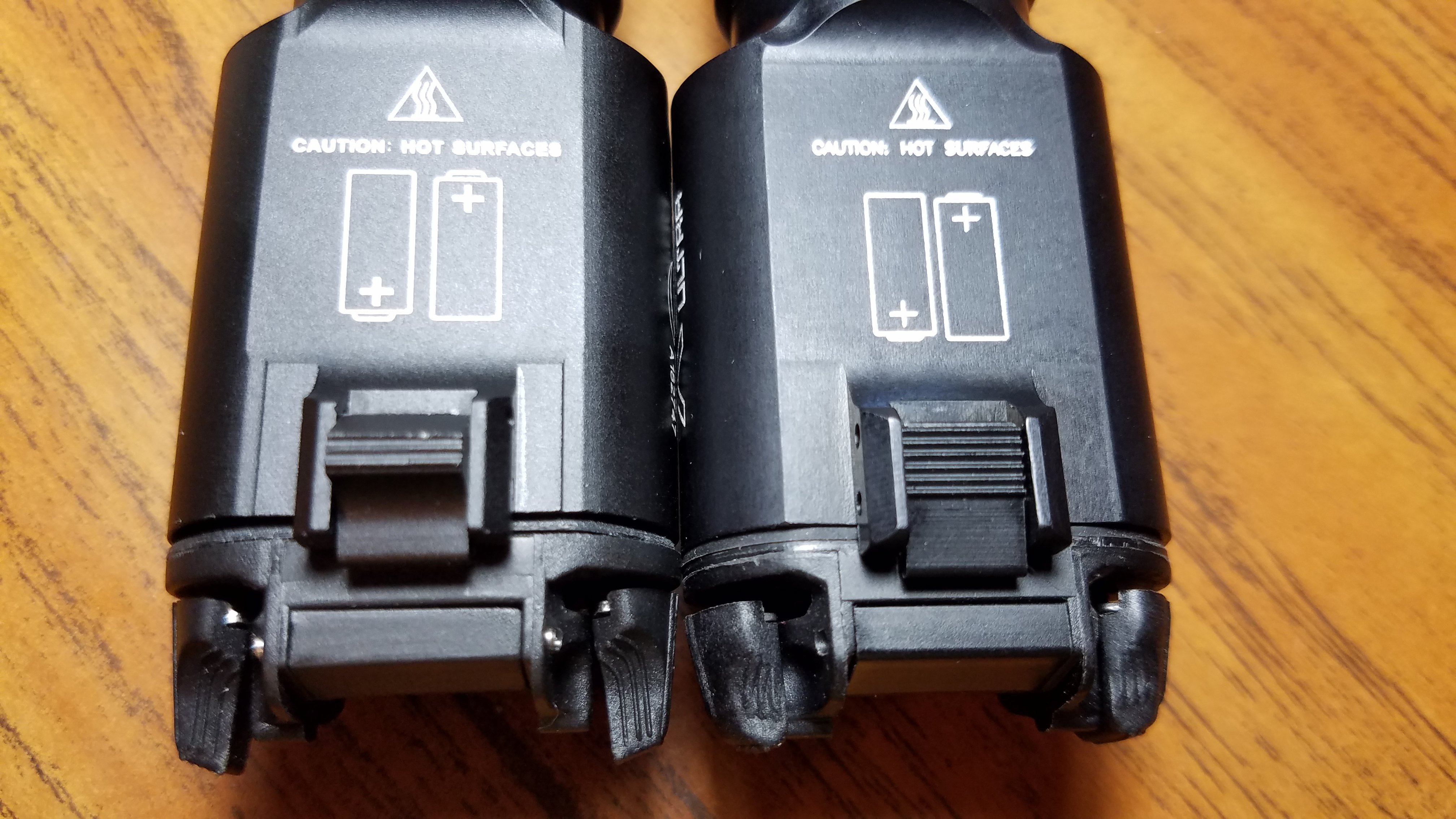 The fake Surefire X300U uses the older style long paddles where the real Surefire X300U uses the newer short paddles found on the 600-lumen lights. The battery compartment is capped off with a plastic door that should be O-ring sealed for water resistance. On this counterfeit, the door barely closes, and definitely does not seal. The latch on the counterfeit is also much taller and narrower, with weaker retention on the door. 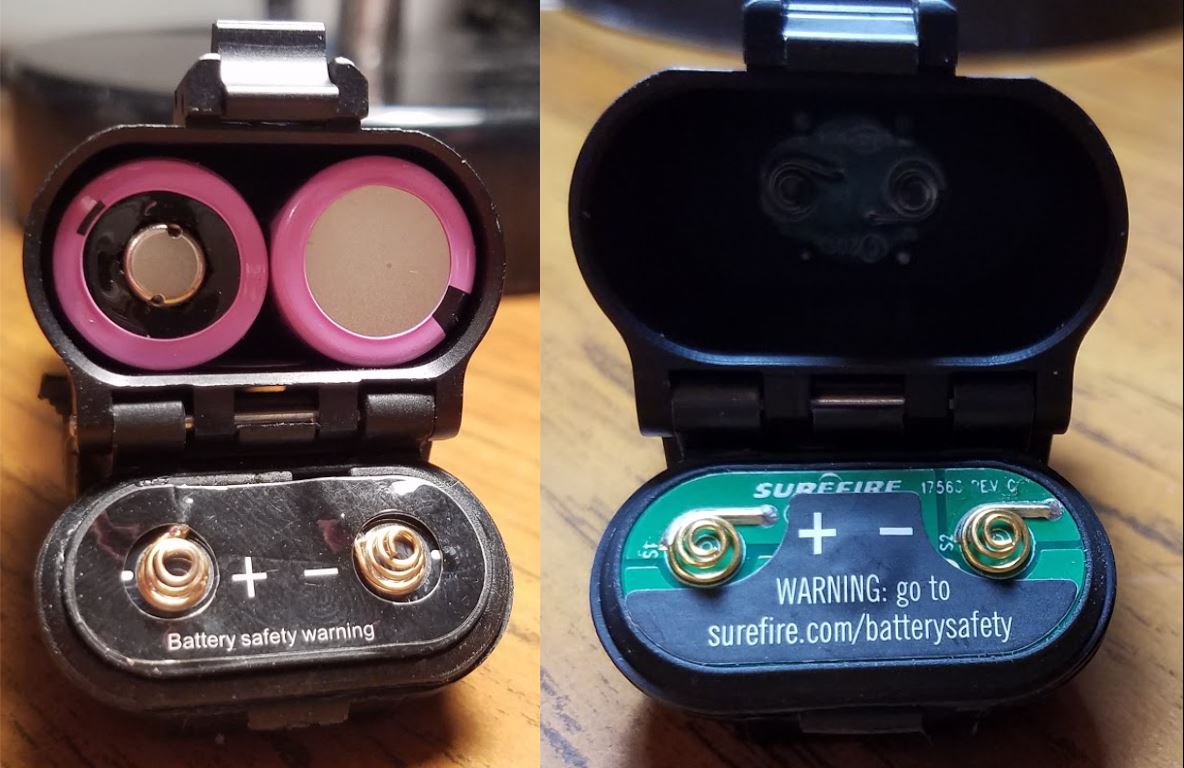 The inside of this door has a small piece of plastic telling you which way to orient your batteries. This plastic is barely attached to the door, whereas the Surefire light is nearly integral. The differences between the two are glaringly obvious.

Both include two CR123 batteries, though with the fake counterfeit light they are a generic Chinese brand. Surefire lights always have Surefire batteries. 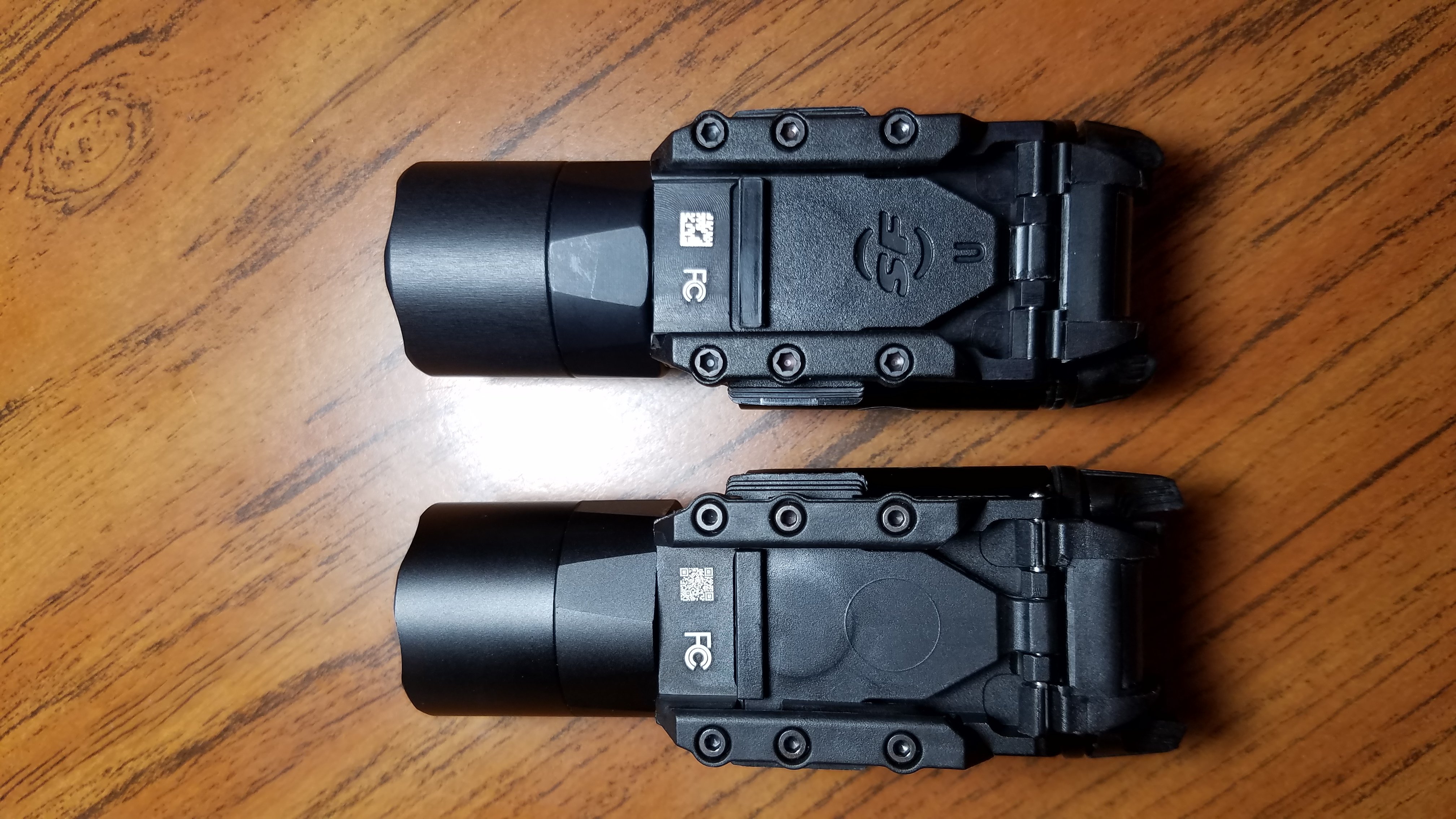 Finally, the top of the light, looking at the mounting hardware. The Surefire has their logo on the locking piece, whereas the counterfeit does not. The screws attaching the mount to the light are different, with the real X300U featuring deeper drive slots allowing for greater purchase when loosening or tightening. The hinges on the battery compartment door are also thicker on the Surefire.

Shooting With The Fake Surefire X300U

Despite my reservations about this Fake Surefire X300U, I decided to attach it to my carry gun. The PHLster Spotlight requires a light for retention, and this was an opportunity to test the construction of the light. The fake hasn't been through much as of yet, but I'm keeping track of every round I fire with it on the gun. As time goes on I will update you with an in-depth review, placing it on various pistols and long guns.

Here is what I've fired so far:

The distributor did eventually send me a legitimate Surefire X300U. Although it arrived a week late and with damaged packaging...

If you never get the opportunity to compare a counterfeit item with the real thing, consider yourself lucky. The two are instantly distinguishable from each other when they're side by side, but it isn't hard to see how someone can be fooled--especially if they have little experience with the real product.

Interestingly enough, Eusens is no longer the distributor being, replaced by wanqianqichexiaoshou, which has no feedback and offers similar products to Eusens. Something tells me this change may not be positive.

Is this just an innocent mistake, or another case of someone trying to make a quick buck sending out sub-par products? I'll probably never know, but this is the last time I buy gear from Amazon.

Editor's Note: Make sure you are buying from a reputable retailer like Big Tex Outdoors, Brownells, or even a seller on Amazon with great feedback. Some of these fakes look very good and you might not know that you have been screwed by a dishonest person.

Debuting in late 2018, the Surefire Stiletto was all the rage. Its unusual form factor, combined with support from big names in the industry instantly [...]

A few years back I wrote a review for the Surefire EDCL2-T flashlight. Surefire announced a new version of the light at SHOT 2022, and [...]

Today Surefire announced their latest weapon light, the XSC. The XSC is the first light designed specifically for slimline rails found on the Glock 48/43X. [...]