FN America had one of the largest booths at SHOT 2019, and it was packed full of cool stuff. Not only did they have guns for the civilian and the Military/LE market, but they also had a helicopter present in the booth. Black Rifle Coffee was available for free too, almost like FN knew that the attendees of SHOT would be needing that caffeine boost. 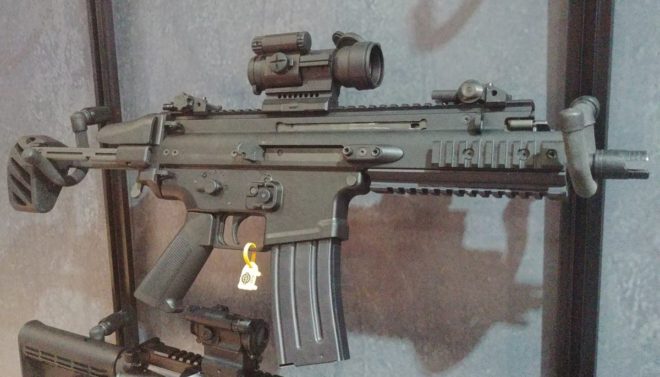 The coolest thing that I saw at the FN booth was the SCAR-SC, a compact version of the SCAR16. Something about this gun is just wicked cool. It reminds me of "fun sized" candy, in the sense that it is the same great flavor that we love, but in a compact, ready to travel size.

FN had three flagship products that were new for SHOT 2019: The SCAR 20S, the FN509 Tactical, and the FN509 Midsize. Now, these are the newest releases from FN, however, they aren't really "new", as they were available for purchase prior to the show, but were still the main focus there. 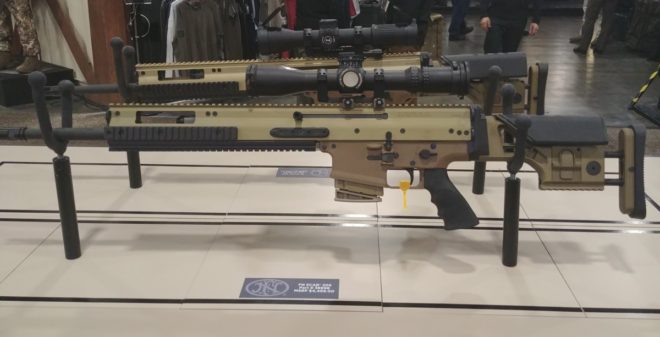 The FN SCAR 20S is the longer barrel, precision oriented variant of the SCAR17S. The rifle has a 20 inch barrel, an extended handguard and a precision rifle stock, with both a cheekriser, and 1913 rail to add a stabilizing leg. 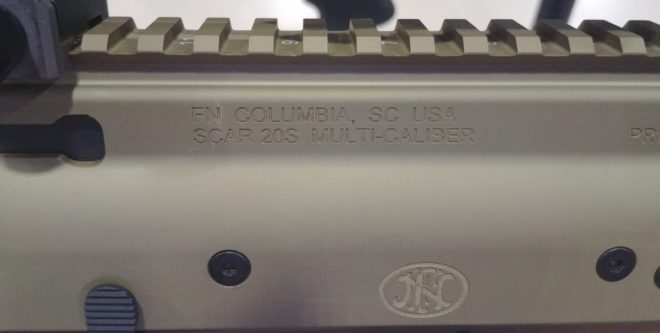 The SCAR 20S is chambered in 7.62x51/.308, however, as the rollmark on the upper receiver suggests, more calibers should be coming. A 6.5 Creedmore SCAR 20S sounds like a matchmade in heaven. 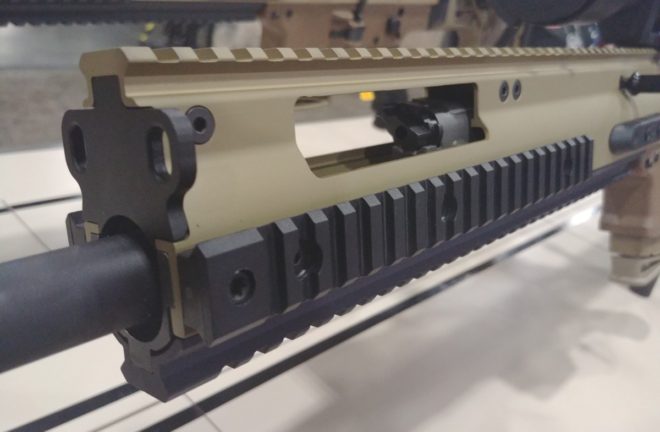 The longer handguard prevents you from burning your hands as easily, as it covers the gas block. In the above photo, the long sets of removable 1913 rail can be seen, along with the two forward mounted sling attachment points. 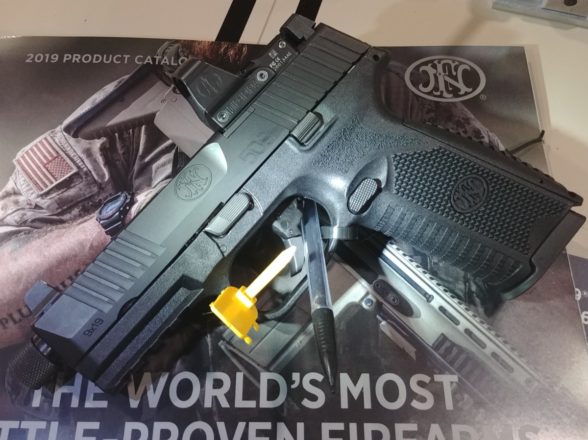 The FN 509 MRD is not really all that new, as it was released last summer. Patrick has done great with his 509 Tactical, as evident in the No Fail Shot Drill. When the gun originally launched, it was available only in FDE, but is now available in black. 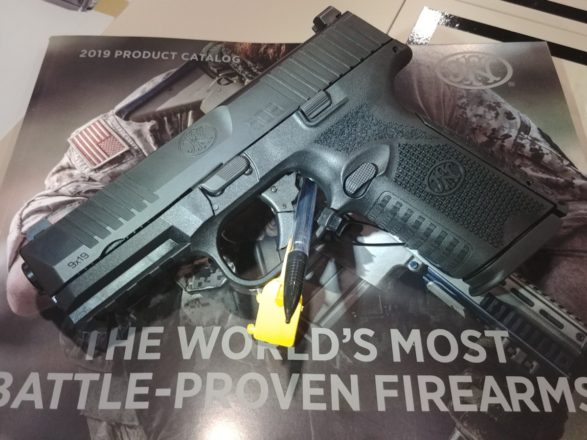 I know from personal experience that people wanted a Glock 19 sized FN 509 pretty quickly after the initial launch, so it is great to see FN release it. Listening to the customers' desires in new products is a great way to make money (as long as the product is good). If the 509 Midsize is anything like the previous 509 variants, it should do fairly well for FN America. 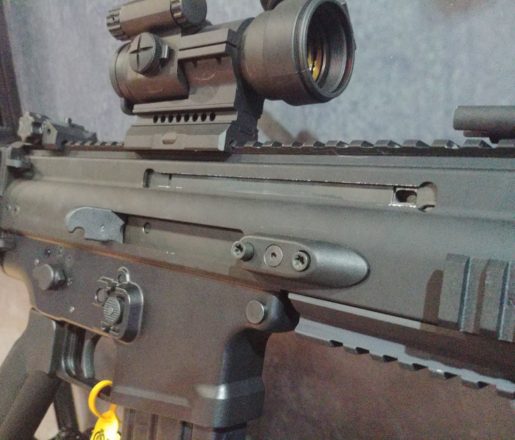 Although there were only three "new" products, the FN America booth was packed each day of SHOT 2019. FN America had a big, cool booth, and it did a pretty good job at getting people to check in. The rows of 509s, SCARs, M4s, M16s, M249s and more made the FN booth just a fun place to hang, and learn about the past, present, and future of FN guns.