The Rein is a stylistic departure from the previous OWL, taking the form of a more traditional light. Despite the new look, Cloud Defensive maintains the performance levels we've come to expect. With 57,000 candela and 1350 lumens, Rein is one of the more powerful offerings available today.

Two models of the Rein are available. The Standard model is powered by a single 18650, with the Micro which using an 18350. Both feature the same level of brightness, with the Micro having a reduced lifespan due to the smaller battery. Run times are currently in testing, so we'll update you as new data comes out. 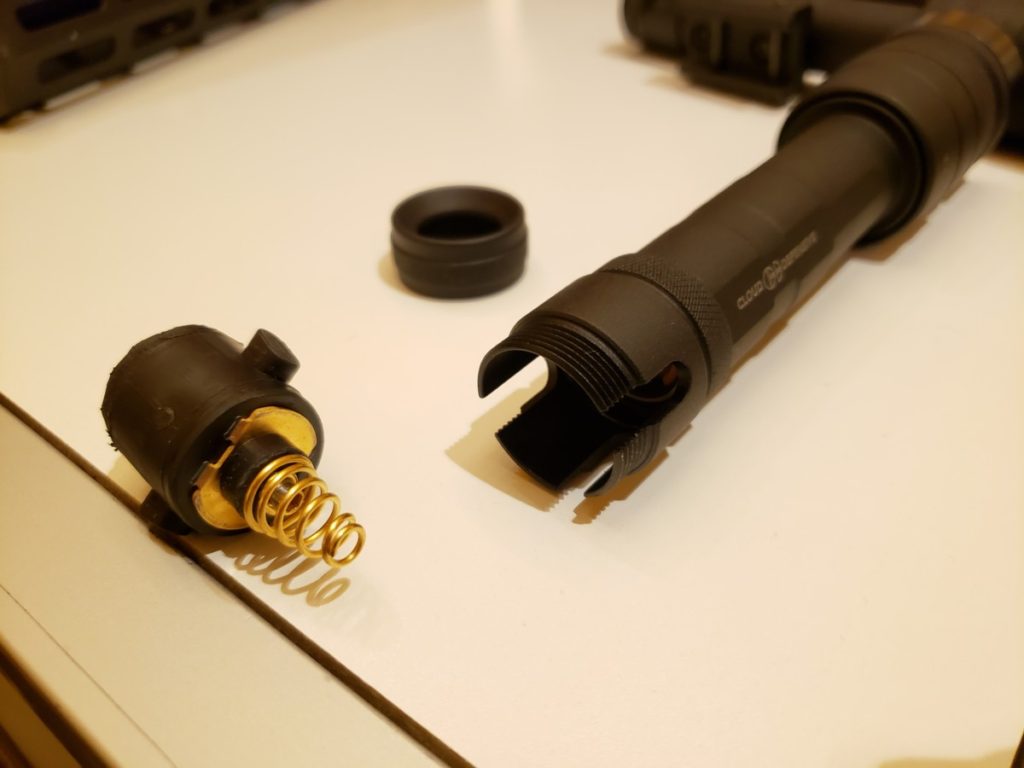 Users have the choice of either a picatinny rail mount, or MLOK compatibility. The Rein can be mounted using most modern equipment, to include Arisaka Defensive inline and offset mounts. Adding to this modularity, the light can be activated with both a click button tail cap, as well as a tape switch. Cloud Defensive's optional premium tail cap allows for the use of both the tape switch and tail cap simultaneously, adding a layer of redundancy for the shooter.

We first brought you the Cloud Defensive REIN during SHOT Show 2020, and now we have more details on the highly anticipated light. Practically Tactical [...]

Cloud Defensive, known for their top-tier rifle lights, is jumping into the pistol light game. Details are scarce at this time, but it sounds like [...]