If you have spent any time in a gun shop you know that hardly anyone knows exactly what that little silver rectangle on the front of the magazine is for. During a Glock armorer’s course I took recently, I made a point to ask the instructor what in the hell the exposed metal was all about.

Sadly he had no idea why the Glock 17 and 19 magazines have the exposed metal window but a quick phone call to the Glockmothership and he was able to answer my question.

It turns out that there was a limited amount of Glock 17MB and 19MB pistols produced with a factory ambi magazine release.

Here in the US we only saw a very limited run of the Glock 21SF that had the new ambi magazine release, specifically a rarer picatinny rail model that was only offered for sale for a short time. 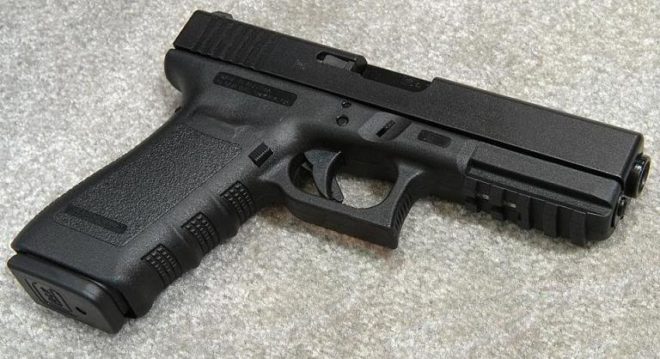 With my understanding of how the standard mag release works, I was a bit baffled as to how the ambi unit operates.

Thankfully YouTube user George Baxter filmed a quick video of him repairing a broken mag release on his Glock 21 SF.

While I like Glocks just as much as the next guy, I really dig that 21 SF of his. I think I might have to be on the hunt for one to use as a suppressor host as a result of how much of an oddity it is.

Just a few hours ago Larry Vickers released a teaser video of his new special edition Lipsey’s Glocks that are to be formally announced tomorrow, but it [...]

I broke the Glock 19X already! OK, well not really, but we did have some rather staggering issues with the new crossover Glock. The other [...]